Is Washington Coming To Its Senses?     America as Dangerous Flailing Beast  :   Information Clearing House. Despite pretty talk about “democracy” and “human rights,” U.S. leaders have become the world’s chief purveyors of chaos and death – from Vietnam through Iraq, Libya, Syria, Ukraine and many other unfortunate nations, a dangerous dilemma addressed by John Chuckman. 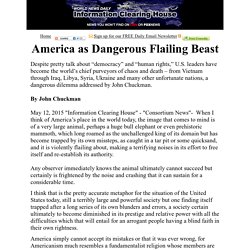 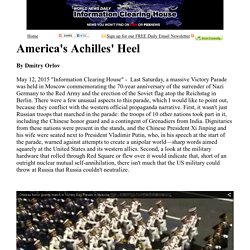 There were a few unusual aspects to this parade, which I would like to point out, because they conflict with the western official propaganda narrative. First, it wasn't just Russian troops that marched in the parade: the troops of 10 other nations took part in it, including the Chinese honor guard and a contingent of Grenadiers from India. Dignitaries from these nations were present in the stands, and the Chinese President Xi Jinping and his wife were seated next to President Vladimir Putin, who, in his speech at the start of the parade, warned against attempts to create a unipolar world—sharp words aimed squarely at the United States and its western allies.

And that's where things get interesting. The Dire State of Our Nation (What You Won't Hear from the Politicians) No matter what the politicians might say about how great America is, the fact is that the nation seems to be imploding. 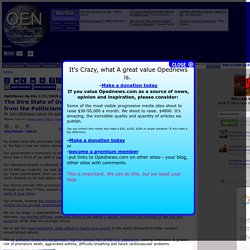 Consider the following facts: Our government is massively in debt. Currently, the national debt is somewhere in the vicinity of $18 trillion. More than a third of our debt is owned by foreign countries, namely China and Japan. # 9 Concerned About Where Our Nation Is Heading? May 2014. Unreported in US state/plutocratic media like nyt, months after the protests and clashes in Western Ukraine began in late 2013, Swiss Win/Gallup took a poll of Ukraine and found that Ukrainians considered the USA to be the greatest international threat to peace, with no competitor coming even close. 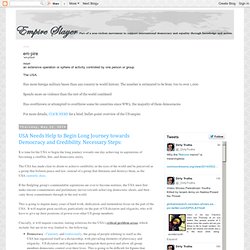 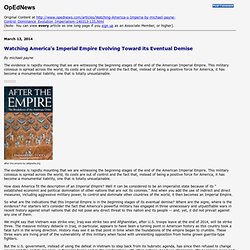 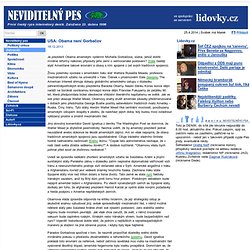 Is Obama an American version Gorbachev ? By: David Ignatius Is President Obama an American version of Mikhail Gorbachev, the leader whose well-intentioned reforms led to the demise of his country’s global power? That’s the anxiety a traveler hears these days from worried U.S. allies, and it’s mirrored in a provocative new article. This concern about erosion of American power is powerfully stated in “The End of History Ends” by Walter Russell Mead in the American Interest. Mead warns that Obama’s attempts to disengage from the over-commitments of the George W. Bush presidency have emboldened what he calls the Central Powers: Russia, China and Iran. Printing: What America will look like in 2050. November 28, 2013 By Frosty Wooldridge A language creates a state of mind, a world-view and distinct understanding of a person's standing in life. 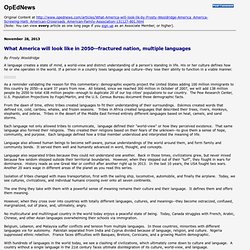 His or her culture defines how he or she operates in the world. If a person in a country loses language and culture--they lose their ability to function in a viable manner. Towards a Socialist Revolution. I am opposing a social order in which it is possible for one man who does absolutely nothing that is useful to amass a fortune of hundreds of millions of dollars, while millions of men and women who work all the days of their lives secure barely enough for a wretched existence. 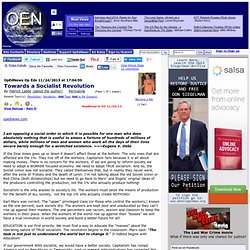 ~~~Eugene V. Debs If the Dow Jones goes up or down it doesn't affect those at the bottom. The only ones that are affected are the 1%. They live off of the workers. What America Can Learn From China: In Politics, Competence Matters. China’s Communist Party just completed its so-called “third plenum,” where party leaders laid out a series of reforms aimed at addressing medium- to long-term issues in the world’s second-largest economy. 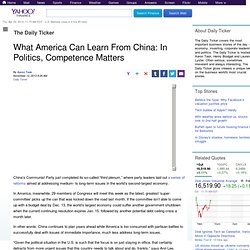 In America, meanwhile, 29 members of Congress will meet this week as the latest, greatest 'super-committee' picks up the can that was kicked down the road last month. If the committee isn’t able to come up with a budget deal by Dec. 13, the world’s largest economy could suffer another government shutdown when the current continuing resolution expires Jan. 15, followed by another potential debt ceiling crisis a month later.

In other words, China continues to plan years ahead while America is too consumed with partisan battles to successfully deal with issues of immediate importance, much less address long-term issues. How America Was Lost: Without Accountable Government There is No Civil Liberty and No Democracy. “No legal issue arises when the United States responds to a challenge to its power, position, and prestige.” 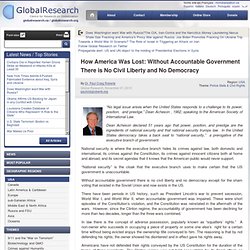 “National security” is the cloak that the executive branch uses to make certain that the US government is unaccountable. What America will look like in 2050. As a reminder validating this commentary: demographic experts project the United States adding 100 million immigrants to this country by 2050--a scant 37 years from now. All totaled, since we reached 300 million in October of 2007, we will add 138 million people by 2050 to total 438 million people--enough to duplicate 20 of our top cities' populations to our country. The Pew Research Center, U.S. Population Projections by Fogel/Martin and the U.S. Census Bureau document those demographic facts. In other words, we expect to add 33 million immigrants within 10 years by 2023. World's Message to America: Lead, Follow or Just Get out of the Way. November 8, 2013.