I am traveler and while traveling i have enough spare time in which i love to read and write. 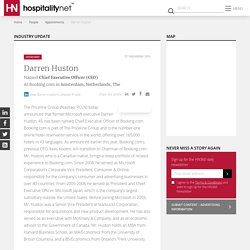 Big Idea: The former Microsoft exec stepped up to the top job at Priceline in January 2014 after running the group's main revenue generator, Amsterdam-based Booking.com. EveryThing You Need To Know About Darren Huston. Darren R. 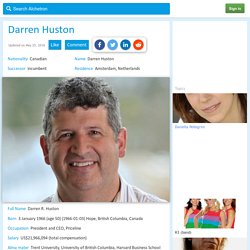 Huston (born 3 January 1966) is a Canadian businessman and the former president and chief executive officer (CEO) of The Priceline Group, and Booking.com. Darren R. Huston was born on 3 January 1966 in Hope, British Columbia, Canada. He completed his high school education at the United World College of the Adriatic in Italy, received a BS in Economics from Trent University, an MA in Economics from the University of British Columbia, and an MBA from the Harvard Business School. From 1990 to 1992 Huston was an economic advisor in the Canadian government. Biography of Darren Huston for Appearances, Speaking Engagements. Darren Huston Booking Agency: Celebrity Appearance Fees and Availability Contact a booking agent to check availability on Darren Huston and other top corporate entertainment Exclusive Buyer's Agent that Books Celebrities, Entertainers and Speakers like Darren Huston for Speaking Engagements, Appearances and Corporate Events Please Note: All American Speakers Bureau acts only as an entertainment broker/producer for corporate functions, private engagements and special events. 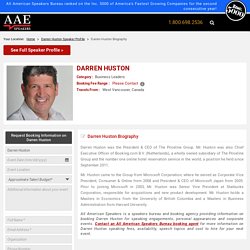 All American Speakers Bureau does not claim or represent itself as the exclusive agent or management of Darren Huston or any artist on this website. Speaker fees are determined based on a number of factors and may change without notice. All American Speakers Bureau is a celebrity booking agency and talent buyer which supplies celebrity talent worldwide. Darren Huston trending on We Heart It. Allegro appointed Francois Nuyts As CEO.

Francois Nuyts joins from Amazon Warsaw, 18 May 2018 – Allegro, a leading online marketplace in Poland, today announces the appointment of Francois Nuyts as Chief Executive Officer with effect from 1 August 2018. 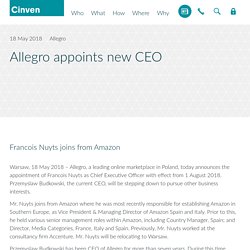 Przemyslaw Budkowski, the current CEO, will be stepping down to pursue other business interests. Mr. LEADERS Interview with Paul Viollis, Chief Executive Officer, Viollis Group International. Editors’ Note For over three decades, Paul Viollis has dedicated his career to the protection of our country, as well as to the shareholder value of the businesses he has navigated to the pinnacle of their respective vertical markets. 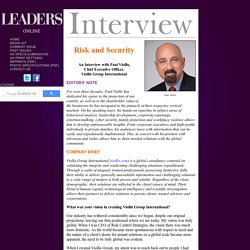 On his speaking tours, his hands-on expertise in subject areas of behavioral analysis, leadership development, corporate espionage, extortion/stalking, cyber security, family protection and workplace violence allows him to develop unforeseeable insights. From corporate executives and high-profile individuals to private families, his audiences leave with information that can be easily and expeditiously implemented. This, in concert with his position with television and radio, allows him to share needed solutions with the global community.

Company Brief Viollis Group International (viollis.com) is a global consultancy centered on validating the integrity and eradicating challenging situations expeditiously. Is it more difficult today to manage risk? Why Darren Huston Priceline’s booker-in-chief is spending big? – Digital Local News-National News-International News. (Last Updated On: April 1, 2015) Darren Huston was trying to watch a hockey game; half-listening to a headhunter talk about a company he had never heard of before. 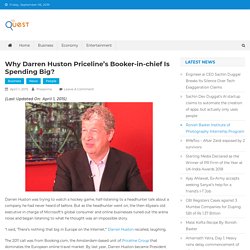 But as the headhunter went on, the then 45years old executive in charge of Microsoft’s global consumer and online businesses tuned out the arena noise and began listening to what he thought was an impossible story. “I said, ‘There’s nothing that big in Europe on the Internet,”’ Darren Huston recalled, laughing. The 2011 call was from Booking.com, the Amsterdam-based unit of Priceline Group that dominates the European online travel market. Darren Huston Priceline CEO: Hope to show America our fantastic product - Darren Huston - Exclusive Videos. Paul Viollis Facebook, Twitter & MySpace on PeekYou. Search by Name Search Tools for Paul Viollis Age Public Records & Background Checks Sponsored by BeenVerified. 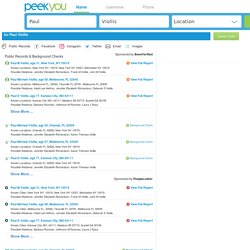 Paul Viollis Facebook, Twitter & MySpace on PeekYou. Darren Huston - Canadian Businessman. Public Profiles. Visit The Pyramids of Giza in Egypt. Patrick Mahony Slideshare. Patrick Mahony author and editor of six books. Patrick Mahony is Training and Supervising Analyst of the Canadian Institute of Psychoanalysis, Professor Emeritus of the University of Montreal, and Fellow of the Royal Society of Canada. 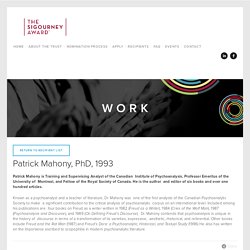 He is the author and editor of six books and over one hundred articles. Known as a psychoanalyst and a teacher of literature, Dr. Mahony was one of the first analysts of the Canadian Psychoanalytic Society to make a significant contribution to the critical analysis of psychoanalytic corpus on an international level. Included among his publications are four books on Freud as a writer written in 1982 (Freud as a Writer), 1984 (Cries of the Wolf Man), 1987 (Psychoanalysis and Discourse), and 1989 (On Defining Freud’s Discourse).