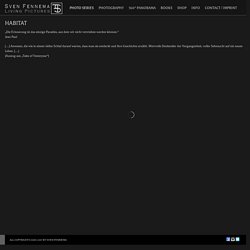 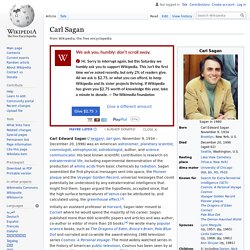 He is best known for his work as a science popularizer and communicator. His best known scientific contribution is research on extraterrestrial life, including experimental demonstration of the production of amino acids from basic chemicals by radiation. Sagan assembled the first physical messages sent into space: the Pioneer plaque and the Voyager Golden Record, universal messages that could potentially be understood by any extraterrestrial intelligence that might find them. Sagan argued the now accepted hypothesis that the high surface temperatures of Venus can be attributed to and calculated using the greenhouse effect.[1] Early life[edit] My parents were not scientists. 1939 World's Fair[edit] World War II[edit] Inquisitiveness about nature[edit] Non-Euclidean geometry. R’lyeh by the artist Mr. 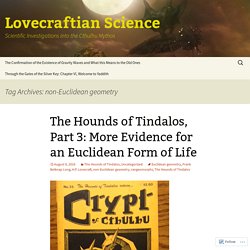 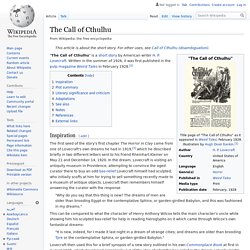 P. Lovecraft. Written in the summer of 1926, it was first published in the pulp magazine Weird Tales in February 1928.[2] Inspiration[edit] The first seed of the story's first chapter The Horror in Clay came from one of Lovecraft's own dreams he had in 1919,[3] which he described briefly in two different letters sent to his friend Rheinhart Kleiner on May 21 and December 14, 1920. "Why do you say that this thing is new? This can be compared to what the character of Henry Anthony Wilcox tells the main character's uncle while showing him his sculpted bas-relief for help in reading hieroglyphs on it which came through Wilcox's own fantastical dreams: Benjamin Biolay - Roma (amoR) ft. Illya Kuryaki And The Valderramas. Lurpak Cook's Range - Adventure Awaits. 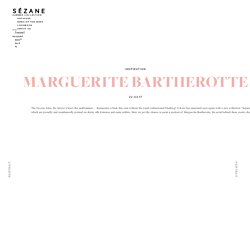 Wearing these pieces is a real pleasure, one can really feel the positive energy from the artist and the initial inspiration from her pieces. Because the art is what is most important here. Each piece is available as limited edition and each design is numbered. What’s more, Marguerite never set out to create a clothing brand. She has been painting since she was little, and from the age of three has reproduced photos taken by her mother in great quantities. Projects - Duggan Morris Architects. Wildernesse Estate is a contemporary extra-care housing scheme designed as part of a holistic retirement community in the grounds of Wildernesse House in Sevenoaks. 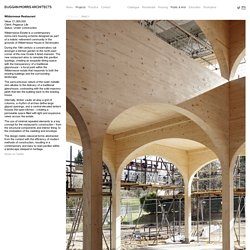 During the 19th century a conservatory sat amongst a kitchen garden to the north-east corner of the now Grade II listed mansion. The new restaurant aims to reinstate this pavilion typology, creating an exquisite dining space with the transparency of a traditional glasshouse - a focal point within the Wildernesse estate that responds to both the existing buildings and the surrounding landscape. The semi-precious nature of the outer metallic skin alludes to the delicacy of a traditional glasshouse, contrasting with the solid masonry plinth that ties the building back to the existing house. Internally, timber vaults sit atop a grid of columns, a rhythm of arches define large glazed openings, and a central elevated lantern houses the open kitchen - creating a permeable space filled with light and expansive views across the estate. 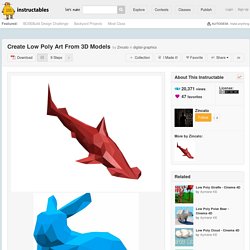 There are several options for the source of your 3D model. 1) Create your own The most fun method is to simply create your own 3D model! If you're not experienced with CAD or computer graphics, there are still some great options. Easy to learn tools like Tinkercad, 123D Design, or SketchUpare all great options for someone learned to 3D model. 2) Find a 3D model online There are plenty of resources online for sharing and downloading 3D models. 3) 3D scan it While you may not have an expensive 3D scanner available to you, the 123D Catch app uses your smartphone or tablet to create 3D scans.

To create the low poly aesthetic, we will be utilizing Meshmixer. The image above shows the starting menu in Meshmixer. GEO A DAY. Low Poly Illustration, What's the Secret? Low Poly was a technique originally used for making 3D models and scenes for videogames, due to its render speed, which was achieved thanks to low polygonal resolution. 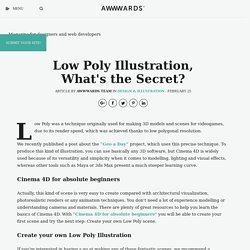 We recently published a post about the “Geo a Day” project, which uses this precise technique. To produce this kind of illustration, you can use basically any 3D software, but Cinema 4D is widely used because of its versatility and simplicity when it comes to modelling, lighting and visual effects, whereas other tools such as Maya or 3ds Max present a much steeper learning curve. Cinema 4D for absolute beginners Actually, this kind of scene is very easy to create compared with architectural visualization, photorealistic renders or any animation techniques. 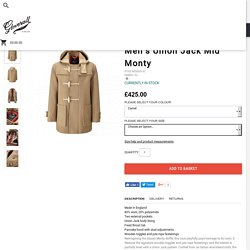 It features the signature wooden toggles and jute rope fastenings, and the interior is partially lined with a Union Jack pattern. Crafted from an Italian wool-blend cloth, the duffle is warm enough to withstand wind chill. We provide free delivery to all destinations in the UK. Delivery within the UK typically takes 2 working days from dispatch. Shipping Charges as follows: *For overseas NON-EU orders, customers are responsible for any duties, tax and associated clearance costs to be paid. Made to Last: Duffle Coat. Knowing its history makes anything so much more fascinating and valuable to me. 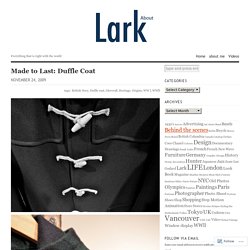 Where it started, why they made it and how they did it….. I’m curious. This is where I spread my curiosities and share some stories. The traditional English coat, “Duffle coat” is one of my favourite styles for outerwear and I’ve got one that’s originally made in England by Gloverall. Those two words, duffle and Gloverall refer to pretty much the same thing now. The word “Duffle” originally referred to a heavy, coarse, woollen weatherproof cloth closely woven for warmth and was first produced in the Belgian Town of Duffel.