50 Indian Cities Named After Devi or Goddess. Indian Cities named after Devi is the result of a random quiz that we posted on IndiTales FB Page and Twitter Handle. 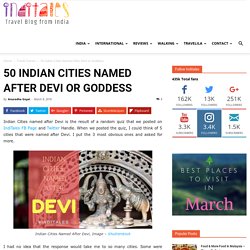 When we posted the quiz, I could think of 5 cities that were named after Devi. I put the 3 most obvious ones and asked for more. I had no idea that the response would take me to so many cities. Art historian Bangdel is no more - General - The Kathmandu Post. Jul 26, 2017- Internationally acclaimed art historian Dina Bangdel, who was known for her expertise both in traditional and contemporary arts, passed away on Tuesday in the United States, her friends confirmed. 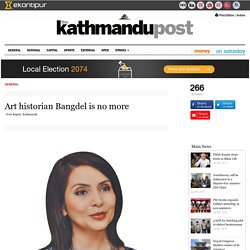 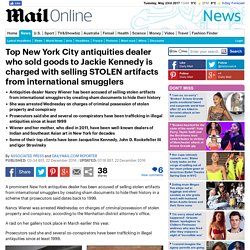 The Traditional Indian Painting Styles You Should Know. So this is what a full set of ragamala paintings looks like. Each raga/ragini (musical mode) is associated w/ a particular time day/season. The Raga Ragini System of Indian Classical Music. Indian music is very unique in that, it is highly spiritual in nature. 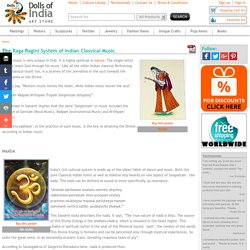 The singer/artist tries to reach God through his music. Indian painting. This article has multiple issues. 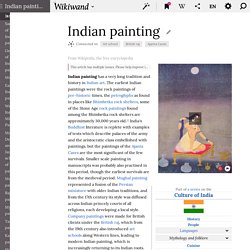 Please help improve it or discuss these issues on the talk page. (Learn how and when to remove these template messages) This article needs additional citations for verification. Please help improve this article by adding citations to reliable sources. Unsourced material may be challenged and removed. (December 2014) (Learn how and when to remove this template message) This article needs attention from an expert in Visual arts. Indian painting has a very long tradition and history in Indian art. 2016/10 [] パキスタンの歴史的売春街の変容：続々・たそがれ日記：So-netブログ. 10月28日（金） パキスタンの古都ラホールの歴史的売春街のヒーラマンディ（Heera Mandi） のルポルタージュ。 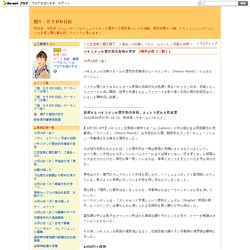 男性は今や、専門のウェブサイトで女性を探したり、ソーシャルメディアで直接誘ったりしている。 客を誘う「場所」に意味がなくなったため、売春婦たちはヒーラマンディから姿を消していった。 2016/01 [Medium] The Color of Music – Medium. In 1611, a now well-forgotten cleric, William Laud became the Vice-President of St. 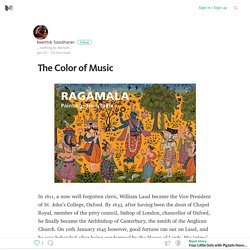 John’s College, Oxford. By 1633, after having been the dean of Chapel Royal, member of the privy council, bishop of London, chancellor of Oxford, he finally became the Archbishop of Canterbury, the zenith of the Anglican Church. On 10th January 1645 however, good fortune ran out on Laud, and he was beheaded after being condemned by the House of Lords. His ‘crime’ was ostensibly high treason brought about by the accumulation of the powers vested in the church and State.

Ascetics and Yogis in Indian painting - Asian and African studies blog. Being invited to give a series of three lectures on this wide ranging topic at a seminar at the Universita di Ca’ Foscari in Venice in July 2016, it seemed a good opportunity to write a blog highlighting the interesting material in the British Library. 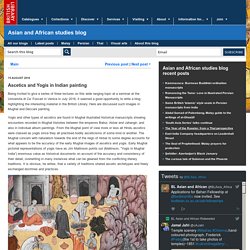 Here are discussed such images in Mughal and Deccani painting. 2016/09 How ascetics and yogis were depicted in Indian paintings from the Mughal era. Being invited to give a series of three lectures on this wide-ranging topic at a seminar at the Universita di Ca’ Foscari in Venice in July 2016, I thought this was a good opportunity to write a blog highlighting the interesting material in the British Library. 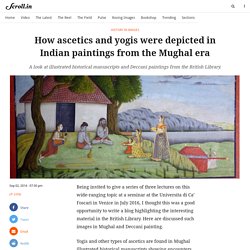 Here are discussed such images in Mughal and Deccani painting. Yogis and other types of ascetics are found in Mughal illustrated historical manuscripts showing encounters recorded in Mughal histories between the emperors Babur, Akbar and Jahangir; and also in individual album paintings. From the Mughal point of view, more or less all Hindu ascetics were classed as yogis, since they all practiced bodily asceticisms of some kind or another. The Mughal concern with naturalism towards the end of Akbar's reign to some degree accounts for what appears to be the accuracy of the early Mughal images of ascetics and yogis. Yellamma. 2016/07 [NPR] A Loeb Library For Indian Literature. This program was originally broadcast on February 10, 2015. 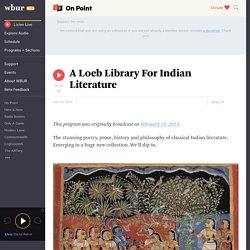 The stunning poetry, prose, history and philosophy of classical Indian literature. Emerging in a huge new collection. We’ll dip in. Talk of the classics, classical literature, and minds quickly go to ancient Greece and Rome. 2016/02 [TOI] Good deva-bad asura divide misleading. The eternal battle between the two forces, both descended from Kashyapa, has many layers of meaning. It cannot be seen in simple moral or ethical binaries, writes Devdutt Pattanaik. If you read the Vedas, which are nearly 4000 years old, the word 'asura' does not mean demon, or villain, but quite the opposite, a divine being. It's a title given to Indra, Agni, Rudra, Varuna, and to most Vedic deities. Vritra, the enemy of Indra, is however not called an asura. However, things change in the Puranas, composed around 2000 years ago.