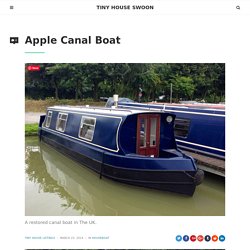 More info. here. Tiny boat home packs sunroom & dock on remote kayakers' lake. Darcy Chose a Boat over a Mortgage - And It's Awesome! Darcy, age 24, was about to buy her own home and jump into the world of mortgages, when her dad asked, “What about a boat?” 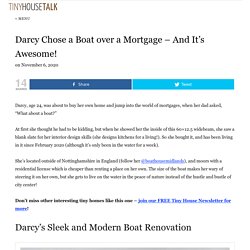 At first she thought he had to be kidding, but when he showed her the inside of this 60×12.5 widebeam, she saw a blank slate for her interior design skills (she designs kitchens for a living!). So she bought it, and has been living in it since February 2020 (although it’s only been in the water for a week). Han byggde sin egen flytande villa! En villa med sjöutsikt åt alla håll. 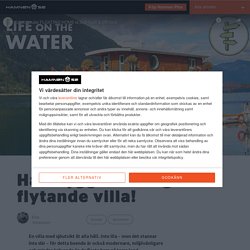 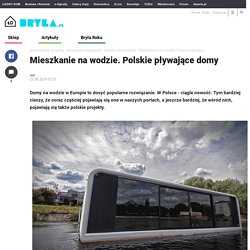 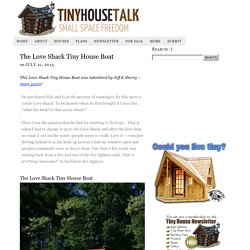 He purchased this and is in the process of wanting to fix this up to a comfy Love Shack. To be honest when he first bought it I was like, “what the heck! Is that an ice shack?” Then I saw the passion that he had for wanting to fix it up… That is when I had to change it up to the Love Shack and after the first time we took it out on the water, people seem to really Love it – even just driving behind it as the back up person I had my window open and peoples comments were so fun to hear.

Images © Sherry & Jeff Update from Sherry below: We have taken it out a few times rented a slip in neighboring town and I can’t begin to tell you how many people have asked to come in and see. If you know of any great places (lakes in or near Maine) for Jeff & Sherry to explore with their tiny house boat please share in the comments below.

Our big thanks to Jeff & Sherry for sharing! Related. The River Den - A Cozy Houseboat Set on the Gatineau River in Quebec. You can find this houseboat set among the picturesque surroundings of Wakefield, Quebec. 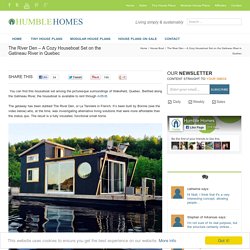 Berthed along the Gatineau River, the houseboat is available to rent through AirBnB. The getaway has been dubbed The River Den, or La Tannière in French. It’s been built by Bonnie (see the video below) who, at the time, was investigating alternative living solutions that were more affordable than the status quo. Bluefield Houseboats - A Contemporary Home Kitted Out with Smart Technology. This contemporary house boat is the work of Bluefield Houseboats, a company that specializes in prefabricated floating homes. 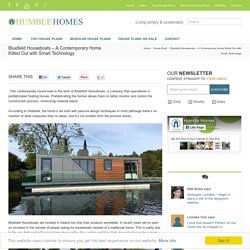 Prefabricating the homes allows them to better monitor and control the construction process, minimizing material waste. According to Inhabitat, the home’s are built with passive design techniques in mind (although there’s no mention of what measures they’ve taken, and it’s not evident from the pictures alone). Bluefield Houseboats are located in Ireland but ship their products worldwide. Baca Architects and Floating Homes Create a Contemporary Houseboat. The London-based architecture studio, Baca Architects, were responsible for the design of this boxy houseboat. 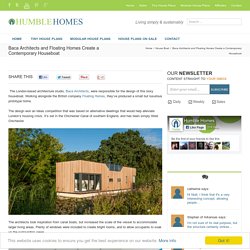 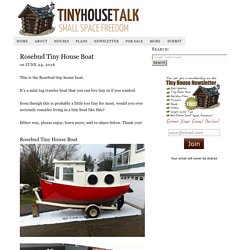 Bluefield Houseboats - A Contemporary Home Kitted Out with Smart Technology. Floatwing – The Home That Can Be Shipped Anywhere In The World. 7,500 affordable floating homes could help fight London’s crippling housing crisis. These prefab floating houses are meant to populate disused spaces along 50 miles of waterways in London. 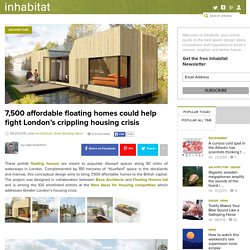 Complemented by 150 hectares of “bluefield” space in the docklands and marinas, this conceptual design aims to bring 7,500 affordable homes to the British capital. The project was designed in collaboration between Baca Architects and Floating Homes Ltd and is among the 100 shortlisted entries at the New Ideas for Housing competition which addresses Greater London’s housing crisis.

Tiny Houseboat Living – Harry Bryan Shantyboat. Thesayboat Modern Houseboat. Have you ever daydreamed of selling all of your worldly possessions and buying a boat or had that romanticized notion of living on a houseboat with the water gently rocking you to sleep? After seeing Thesayboat houseboat, I want to make that dream a reality. Designed and owned by Marek Ridky of Flowhouse in the Czech Republic, the houseboat’s design was created as a home with views of the stars. Designed as a house for two or a place for a weekend getaway, the boat floats on a steel pontoon and has all of the comforts any home would ever need. The boat is basically 1-1/2 floors, with the bottom one housing the living room, kitchen, bathroom, and closet while the upper part contains the enclosed bedroom.

A Modern Houseboat in Berlin. Situated on Lake Rummelsburg, a small bay in the river Spree, in the city of Berlin, this houseboat gives you relaxing views of the water, as well as the city, but keeps you in close proximity to the city’s center. Part of the Welcome Beyond family of vacation rentals around the world, the Modern Houseboat offers two adults and two children a cozy place to stay on the lake while not leaving you in complete seclusion. The entire front of the structure is covered with windows that open up to the bay and even give you views of the famous TV tower. Tiny Houseboat. Claude’s tiny house on a trailer is now on a pontoon boat.

Lifting it off the trailer and onto a pontoon boat converted this tiny house on wheels to a houseboat. The houseboat will be powered by a 2.4 kilowatt solar system and can store its electricity in a lithium-ion battery for up to five days. He needs a powerful off-grid system like this to power appliance as well as a 400-watt electric motor that powers the boat’s propeller. He plans on living aboard during the summers and moving it to other New England lakes in future summers.