Polscy muzycy śpiewają polską literaturę – 12 najciekawszych i najbardziej zaskakujących interpretacji. Darkest Albums Ever: 50 Of The Best. You’d think we’d be sick of The xx by now, given they have been absolutely everywhere for the past 18 months. 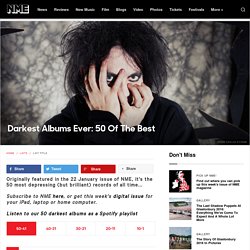 But the more we hear these songs of bittersweet tenderness, the more they twist their emotional wrench: twilit R&B redrawn in shades of black and grey. After the gorgeous geek romances of 1995’s ‘Different Class’, Pulp turned to the sordid sleaze of hardcore pornography (the mordantly groovy title track), and the agonies of drug comedowns (‘The Fear’) and growing old (‘Help The Aged’) for their downbeat ’98 masterpiece. Time Zone Converter - compare time in any two places. Convert time between any two locations on any date Time zone converter instructions. 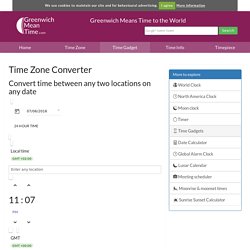 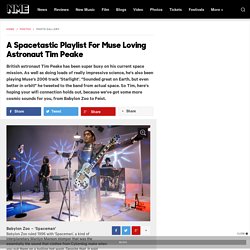 As well as doing loads of really impressive science, he's also been playing Muse's 2006 track 'Starlight'. "Sounded great on Earth, but even better in orbit! " he tweeted to the band from actual space. The Collected Sexts of Virginia Woolf and Vita Sackville-West. Vita: Hey girl Virginia: Hey Vita: Sup? 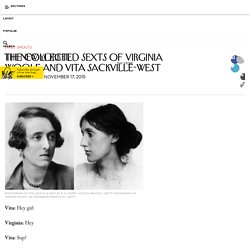 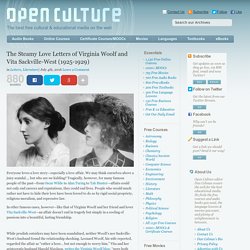 We may think ourselves above a juicy scandal…, but who are we kidding? Tragically, however, for many famous people of the past—from Oscar Wilde to Alan Turing to Tab Hunter—affairs could not only end careers and reputations, they could end lives. People who would much rather not have to hide their love have been forced to do so by rigid social propriety, religious moralism, and repressive law. In other famous cases, however—like that of Virginia Woolf and her friend and lover Vita Sackville-West—an affair doesn’t end in tragedy but simply in a cooling of passions into a beautiful, lasting friendship. 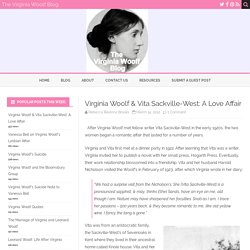 Virginia and Vita first met at a dinner party in 1922. New Film Chronicles Virginia Woolf's Romance With Vita Sackville-West  Out comic Rhea Butcher kills it on "Conan" This Photographer Points His Camera The “Wrong” Way At The World’s Most Visited Locations. Anybody who's visited any of the world's major tourist sites recently will know how difficult it is to get a perfect photograph. 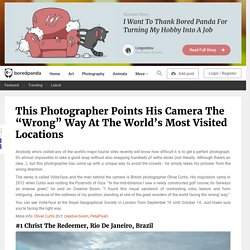 It's almost impossible to take a good snap without also snapping hundreds of selfie sticks (not literally. Although there's an idea...), but this photographer has come up with a unique way to avoid the crowds - he simply takes his pictures from the wrong direction. The series is called Volte-face, and the man behind the camera is British photographer Oliver Curtis. His inspiration came in 2012 when Curtis was visiting the Pyramids of Giza. “In the mid-distance I saw a newly constructed golf course, its fairways an intense green,” he said on Creative Boom. You can see Volte-face at the Royal Geographical Society in London from September 19 until October 14. When these scientists battled it out to identify the world's cutest animals, we all won. An intense competition dubbed the #CuteOff flooded Twitter feeds. 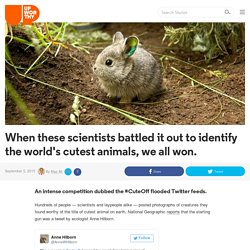 Hundreds of people — scientists and laypeople alike — posted photographs of creatures they found worthy of the title of cutest animal on earth. National Geographic reports that the starting gun was a tweet by ecologist Anne Hilborn. Apparently, Hilborn was also the catalyst for the famed #JunkOff from the week prior, in which scientists shared photos of rarely seen animal genitalia. We never knew chickens could be high fashion models. Meet the hottest chicks in town. 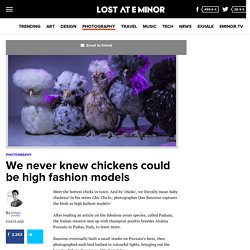 New Bright Blue Wine Is Being Introduced in Europe. The six young innovators behind Gïk are bucking tradition with a brighter, bolder twist on everyone’s favorite fermented beverage. 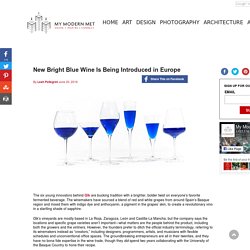 The winemakers have sourced a blend of red and white grapes from around Spain’s Basque region and mixed them with indigo dye and anthocyanin, a pigment in the grapes’ skin, to create a revolutionary vino in a startling shade of sapphire. Gïk’s vineyards are mostly based in La Rioja, Zaragoza, León and Castilla-La Mancha, but the company says the locations and specific grape varieties aren’t important—what matters are the people behind the product, including both the growers and the vintners. However, the founders prefer to ditch the official industry terminology, referring to its winemakers instead as “creators,” including designers, programmers, artists, and musicians with flexible schedules and unconventional office spaces.

Dad Designs Stunningly Detailed Disney Costumes for His Kids. Fashion designer Nephi Garcia uses his immense talents to create incredible cosplay outfits for his young family. The California-based creative started his career producing high-fashion frocks, but that focus shifted once he had kids. “It started to feel like the industry wasn’t really working for me,” Garcia explained to Buzzfeed. Unique Travel Startup Allows You to Cook and Dine with Locals Around the World. Now more than ever, you have the opportunity to customize your travel experience and live like a local wherever you go. Airbnb lets you select the perfect apartment in a neighborhood that’s off the beaten path, while Vayable offers unique cultural activities planned by area insiders. The startup BonAppetour works in a similar way by connecting tourists with local chefs who host a cooking/dining concept where you help to make and then enjoy authentic cuisine. One particular place that BonAppetour reaches is Japan.

Adventurous Man and His Brave Pet Chicken Are Sailing Around the World Together. Plenty of people travel with their dogs (and even their cats), but Guirec Soudée goes on adventures with an unlikely animal companion—his pet hen named Monique. 50 Greatest Guitar Solos. Jimmy Page. Jack White. Jimi Hendrix: some of the music world's greatest ever axe-shredders (and that's only the Js). Fundamental to a band's sound, the guitarist can make or break a record and - if they're really something special - they can deliver a solo that elevates it to heights previously unimagined. Sister I’m A Puppet: Crafty Designer Selling Knitted Morrissey Dolls.