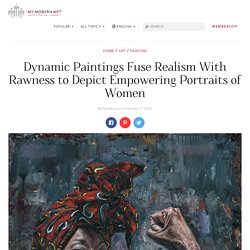 A majority of his works feature women—particularly women of color—that depict their strength and willingness to stand up for themselves in the face of oppression. Draw a shape that represents you. Modern Portraits. For as long as people have been making art, they have been portraying themselves and others. 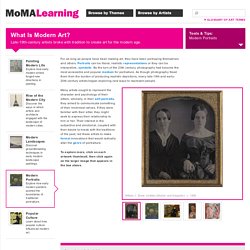 Portraits can be literal, realistic representations or they can be interpretive, symbolic. By the turn of the 20th century, photography had become the most accessible and popular medium for portraiture. As though photography freed them from the burden of producing realistic depictions, many late-19th and early-20th-century artists began exploring new ways to represent people. William J. Expressionist Portraits. Chuck Close overcame struggles to become a renowned artist. But that wasn’t the only pain Chuck Close had to deal with in his young life. 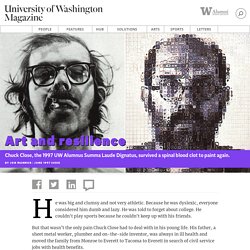 His father, a sheet metal worker, plumber and on-the-side inventor, was always in ill health and moved the family from Monroe to Everett to Tacoma to Everett in search of civil service jobs with health benefits. When Close was 11, his life became pure hell. His father died. His mother, a trained pianist who in the Great Depression gave up her aspirations for concert career, got breast cancer.

They lost their home because of medical bills. How to use the Grid Method with a Drawing of Chuck Close as an Example. 9 of The Most Exciting Portraiture Artists of The 21st Century. The photographer and gallerist Alfred Stieglitz believed that portraiture painting would become obsolete throughout the beginning of the 20th century. 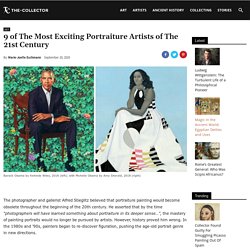 He asserted that by the time “photographers will have learned something about portraiture in its deeper sense…”, the mastery of painting portraits would no longer be pursued by artists. Portraits — Themes in Art. "Proportions of the face and head". Facial proportions explained. Sculpting Female Head in clay. Sculpting tutorial. Process of creating ceramic sculpture. 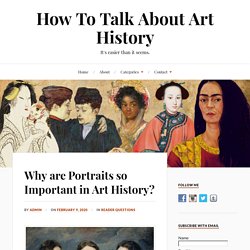 Oil on canvas. Royal Collection. Reader question: “Why are portraits so important in art history? Portrait Painting Tutorial. Drawing Portraits with Laith McGregor. Drawing Life Class Models Techniques & Advice for Figure Drawing People - How to Draw Step by Step Drawing Tutorials. The usual pose of the life class model is a standing one in an easy attitude, the arms hanging by the sides or maybe one bent with the hand resting on the hip. 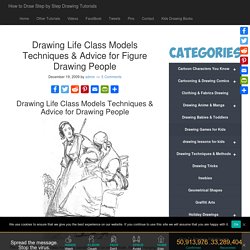 Well and good; for the principles of drawing can best be imparted and grasped by the study of these simple standing poses. Many students are impatient and ill-content with such poses, and are constantly agitating to have the model placed in some “fancy” pose or one that can be utilized in a composition or some work that they have in mind.

But one can never get enough of studying the simple standing poses to emphasize the importance of two things in drawing—first, movement, and second, getting the figure standing with the feet well placed on the floor. Before starting a sketch from life, mark a line at the top and one at the bottom of the paper to show the limits within which you intend to keep the figure. Paula Modersohn-Becker: An Intensely Artistic Eye. Musée d’Art Moderne de la Ville de Paris 8 April – 21 August 2016 by ANNA McNAY. 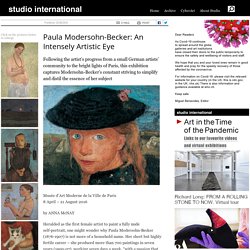 Soutine’s Portraits: Cooks, Waiters and Bellboys. Courtauld Gallery, London 19 October 2017 – 21 January 2018 by EMILY SPICER Chaïm Soutine (1893–1943) moved to Paris in 1913, from what is now Belarus, without a franc to his name, but got his big break in 1923 when an American collector spotted his portrait of a pastry chef and instantly purchased more than 50 of the artist’s canvases. 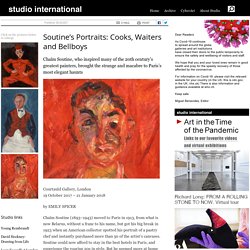 Soutine could now afford to stay in the best hotels in Paris, and experience the roaring 20s in style. Modigliani. Tate Modern, London 23 November 2017 – 2 April 2018 by HATTY NESTOR Amedeo Modigliani’s alluring, visceral figures are some of the most celebrated portraits of the 20th century, and this major retrospective at Tate Modern, curated by Nancy Ireson, includes the largest collection of his nude paintings ever shown together in the UK. 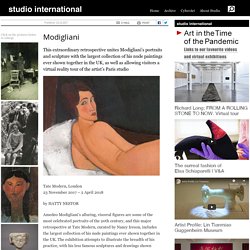 The exhibition attempts to illustrate the breadth of his practice, with his less famous sculptures and drawings shown alongside the nudes. And, in a first for Tate Modern, it is using virtual reality to enable visitors to imagine themselves in the painter’s final studio at 8 Rue de la Grande-Chaumière in Montparnasse. It seeks to give viewers an intimate window into Modigliani’s environment in early 20th-century Paris. Gainsborough’s Family Album. National Portrait Gallery, London 22 November 2018 – 3 February 2019 by EMILY SPICER Thomas Gainsborough (1727–88) wanted to be a landscape painter. 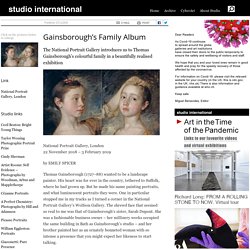 Lorenzo Lotto: Portraits. National Gallery, London 5 November 2018 – 10 February 2019 by EMILY SPICER. Devan Shimoyama – interview: ‘I use my body to explore magic, mythology, history, intimacy, joy, pain’ By ALLIE BISWAS With two solo exhibitions opening this month in New York and Chicago, and a recent institutional debut at the Andy Warhol Museum, Devan Shimoyama’s paintings have been reaching wide audiences across the United States – and have been quick to gain a following.

His vibrant pictures, which often incorporate fabric and costume jewels, explore the politics of queer culture within the context of black American life, and often use self-portraiture as their starting point. Raffi Kalenderian – interview: ‘It’s like banging your head against a brick wall, but if you get through to the other side it feels so good’

By ANNA McNAY I first saw the work of Raffi Kalenderian (b1981, Los Angeles) in the Saatchi Gallery’s Painters’ Painters exhibition (2016-17), where his amazing blurring of subject and background, and use of stripes – with an almost unbelievably organic mastery – stood out and made him one of my latest artists to watch. Now, he is having his fourth solo exhibition at Vielmetter, Los Angeles – Memento Vivo– and so we took the opportunity to have a chat by email about what it is that excites him about his work, who and what he likes to paint and some of his influences, and it gave me the chance to glean a little insight into his practice. Anna McNay: Where does the title of your current solo exhibition, Memento Vivo, come from?

Intimateobjects. Maggi Hambling: 'Every portrait is like a love affair' – TateShots. Art student gains huge social media following, launches career at high school. (115) How to PAINT A SELF PORTRAIT like Rembrandt. Top in the World: Stunning Self-Portraits by an A Level Art Student.