- StumbleUpon. iBostonTerrier.com - Boston Terrier News - Health - Photos - Videos. The Dialectizer. How To Combine Arrogance and Humour to Create Attraction & Just Keep The Change. In this post I’m going to talk a little about confidence and humour, how they can be combined, and how and when (not) to use them. 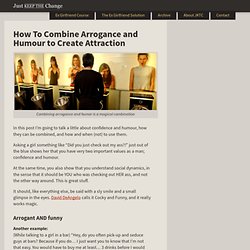 Asking a girl something like “Did you just check out my ass?!” Just out of the blue shows her that you have very two important values as a man; confidence and humour. At the same time, you also show that you understand social dynamics, in the sense that it should be YOU who was checking out HER ass, and not the other way around. This is great stuff. It should, like everything else, be said with a sly smile and a small glimpse in the eyes. Arrogant AND funny Another example: (While talking to a girl in a bar) “Hey, do you often pick-up and seduce guys at bars? But there is a fine balance between being just arrogant and being funny at the same time. This kind of humour shouldn’t be used all the time, but rather be sprinkled out evenly throughout your conversation with a girl. Things People Said: Courtroom Quotations.

The following quotations are taken from official court records across the nation, showing how funny and embarrassing it is that recorders operate at all times in courts of law, so that even the slightest inadvertence is preserved for posterity. 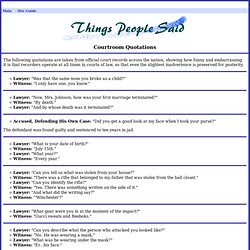 Lawyer: "Was that the same nose you broke as a child? "Witness: "I only have one, you know. " Lawyer: "Now, Mrs. Johnson, how was your first marriage terminated? "Witness: "By death. " 10 Bets That You Will Always Win. Fables of Wealth. 5 Famous People Who Succeeded Long After They Should've Quit. Picking a career is pretty hard, it turns out. 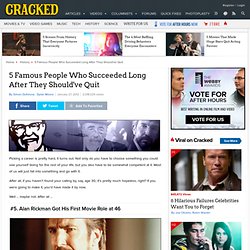 Not only do you have to choose something you could see yourself doing for the rest of your life, but you also have to be somewhat competent at it. Most of us will just fall into something and go with it. After all, if you haven't found your calling by, say, age 30, it's pretty much hopeless, right? If you were going to make it, you'd have made it by now. Well ... maybe not. . #5. If you are an aspiring movie actor, how long would you plug away at it before deciding it's not for you? GettyMid-Life Crisis Man! The Rock Bottom Moment: So there was this guy named Alan who had gotten an art degree (because enrolling in drama classes "wasn't considered the sensible thing to do"), and by his late 20s was doing as well as you'd expect anyone with a degree to do. 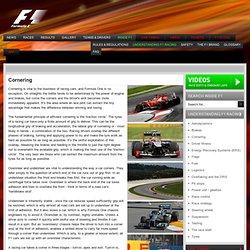 On straights the battle tends to be determined by the power of engine and brakes, but come the corners and the driver's skill becomes more immediately apparent. It's the area where an ace pilot can extract the tiny advantage that makes the difference between winning and losing. The fundamental principle of efficient cornering is the 'traction circle.' The tyres of a racing car have only a finite amount of grip to deliver. This can be the longitudinal grip of braking and acceleration, the lateral grip of cornering or - most likely in bends - a combination of the two. Oversteer and understeer are vital to understanding the way a car corners.

Understeer is inherently stable - once the car reduces speed sufficiently grip will be restored, which is why almost all road cars are set up to understeer at the limit of adhesion. A racing car takes a corner in three stages - turn-in, apex and exit. Making a crook knife part 2.wmv. Making a Crook Knife part 1.wmv. More random facts {Part 2} - StumbleUpon. Posted on February 10, 2012 in Humor If you’re new here, you may want to subscribe to our RSS feed or follow us on Facebook or Twitter . 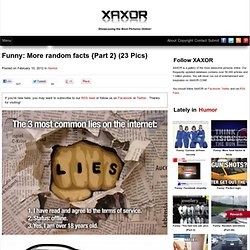 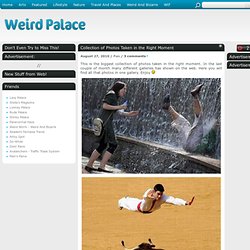 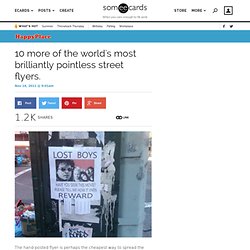 But most of the time, those flyers serve as nothing more than reading material for people waiting to get into a bathroom or on a bus. The flyers collected here acknowledge this reality, and they respond by trying to do nothing more than entertain whatever pair of eyes happen to be aimed in their direction. Google Videos - Best of Google Video - page 1. Using the new Positive Psychology. Murphy Laws Site - The origin and laws of Murphy in one place. - StumbleUpon.

The Shmenges - The Last Polka (Part 1)