A Campus Dealer Explains How the College Drug Economy Works. Still from 'Narcos' courtesy of Netflix Let's face it, the university experience is not really about the academics—at least not for most people. 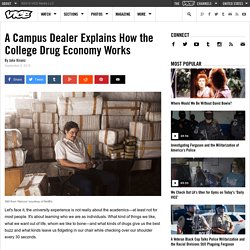 It's about learning who we are as individuals. What kind of things we like, what we want out of life, whom we like to bone—and what kinds of drugs give us the best buzz and what kinds leave us fidgeting in our chair while checking over our shoulder every 30 seconds. The last question is especially crucial for anybody who's stepped foot onto the campus of a post-secondary institution, as the university years are usually the period where you try a cap of the "good shit" that your friend gives you at the party, only to end up in your dorm room at 3 AM curled up in your office chair while crying to pictures of Prince in your boxers. Scarlett Johansson Height Affairs and Much More!! – InfoShutter.com. Scarlett Johansson is a beautiful Hollywood Actress. 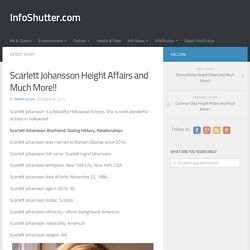 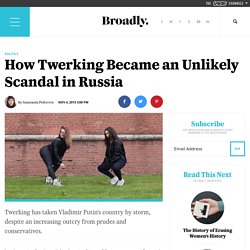 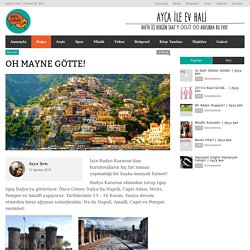 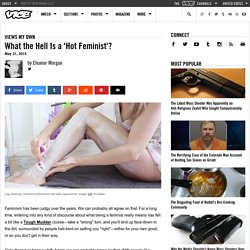 Image via YouTube. Feminism has been judgy over the years. We can probably all agree on that. It's Not Your Imagination, Single Women: There Literally Aren't Enough Men Out There. There really aren't enough men. 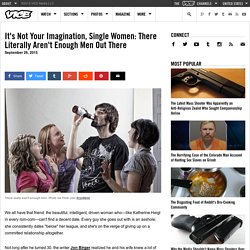 Photo via Flickr user krystiano We all have that friend: the beautiful, intelligent, driven woman who—like Katherine Heigl in every rom-com—can't find a decent date. Every guy she goes out with is an asshole; she consistently dates "below" her league, and she's on the verge of giving up on a committed relationship altogether.

Not long after he turned 30, the writer Jon Birger realized he and his wife knew a lot of women like that. The couple didn't have a lot of single male friends left, but the many single women they knew all seemed to be buyers stuck in a seller's market. One day at lunch, Birger casually asked her about her boyfriend. How to Have One-Night Stands in Your Twenties. Photo by Bruno Bayley A version of this article originally appeared on VICE UK. 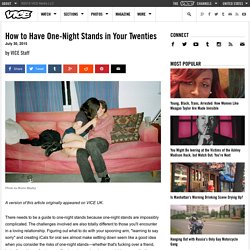 I Took a Lot of Drugs at a Psychedelic Boot Camp. Just before Christmas I booked myself onto a thing called the African Savannah Transformation Retreat. 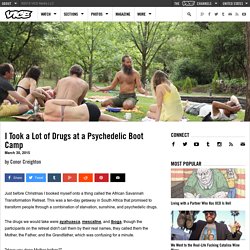 This was a ten-day getaway in South Africa that promised to transform people through a combination of starvation, sunshine, and psychedelic drugs. The drugs we would take were ayahuasca, mescaline, and iboga, though the participants on the retreat didn't call them by their real names, they called them the Mother, the Father, and the Grandfather, which was confusing for a minute. "Have you done Mother before? " I beg your pardon? There were 25 people on the retreat, mostly from North America and Europe. Philosophers' Mail. Tahmin - Vikipedi. Tahmin, gündelik dilde, bilinmeyen bir şey hakkında hakkında rastgele veya belirsiz bilgi kullanarak bir sonuca varmaktır. 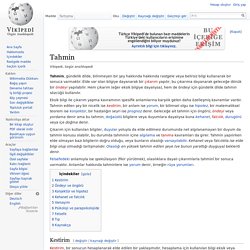 Elde var olan bilgiye dayanarak bir çıkarım yapılır, bu çıkarıma dayanarak geleceğe dönük bir öndeyi yapılabilir. Why I'm Always Late. I woke up this morning to a text from Andrew. It was a link: “optimistic-people-have-one-thing-common-always-late” Intriguing. Nothing’s better than the headline, “The reason people are [bad quality that describes you] is actually because they’re [good quality].” I got reading. “People who are continuously late are actually just more optimistic. They’re big-thinking: “People who are habitually late don’t sweat over the small stuff, they concentrate on the big picture and see the future as full of infinite possibilities.”

Late people just get it: “People with a tendency for tardiness like to stop and smell the roses…life was never meant to be planned down to the last detail. By the end of the article, I had never felt prouder to be a chronically late person.