Adam Curtis and Vice director Adam McKay on how Dick Cheney masterminded a rightwing revolution. Adam McKay’s Vice is a screwball biopic of Dick Cheney, the man widely reckoned to be the most powerful vice-president in US history. 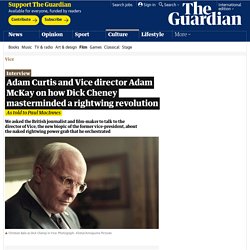 It traces his rise from beer-brained dropout to an intern during the Nixon administration, then covers his tenure as secretary of defense during the Gulf war, and his time as George W Bush’s official deputy from 2001-2009. McKay, after establishing his career with comedies such as Anchorman: The Legend of Ron Burgundy and Step Brothers, moved into freewheeling, lightly fictionalised accounts of real-life events. His previous film was the financial-crash comedy The Big Short. If a scientific conspiracy theory is funny, that doesn’t mean it’s a joke - The Verge. If you feel like flat Earth theory has gotten unaccountably popular recently, you’re right. 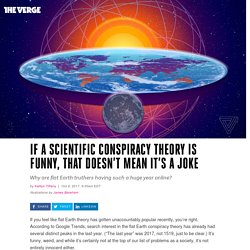 According to Google Trends, search interest in the flat Earth conspiracy theory has already had several distinct peaks in the last year. (“The last year” was 2017, not 1519, just to be clear.) It’s funny, weird, and while it’s certainly not at the top of our list of problems as a society, it’s not entirely innocent either. Interest surged in February and March, then again in May, then again in August and September. These jumps are mostly tied to a couple of strange outbursts by celebrities, notably 2010’s favorite cheeseball rapper and Gossip Girl backing vocalist B.o.B. and Boston Celtics point guard Kyrie Irving.

This Video Will Make You Angry. What is the Monkeysphere? "There's that word again... 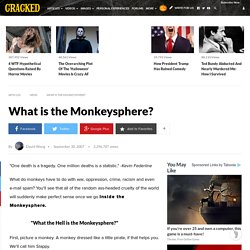 " Intellectual Self-Defense by Noam Chomsky. By Noam Chomsky There's no way to be informed without devoting effort to the task, whether we have in mind what's happening in the world, physics, major league baseball, or anything else. 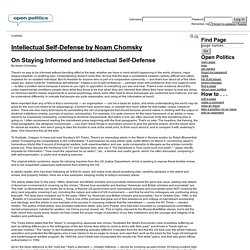 Understanding doesn't come free. The Big Read: The future's a thing of the past. How Conservative Christianity Can Warp the Mind. October 29, 2014 | Like this article? 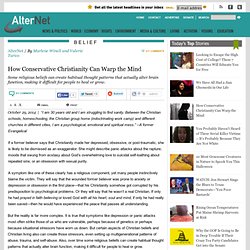 Join our email list: Stay up to date with the latest headlines via email. How Ayn Rand Seduced Generations of Young Men and Helped Make the U.S. Into a Selfish, Greedy Nation. December 15, 2011 | Like this article? 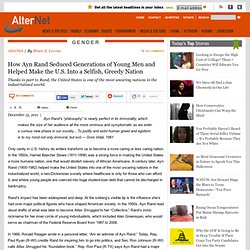 Join our email list: Stay up to date with the latest headlines via email. "What about building 7?" A social psychologica... [Front Psychol. 2013] Really Bad Media. No, A 'Supercomputer' Did NOT Pass The Turing Test For The First Time And Everyone Should Know Better. Thinkingskills1.jpg (785×1024) David Attenborough - Humans are plague on Earth. 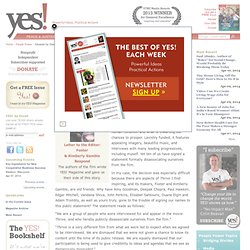 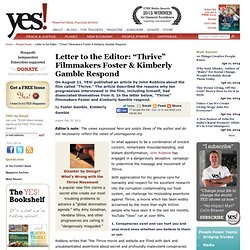 Published an article by John Robbins about the film called “Thrive.” The article described the reasons why ten progressives interviewed in the film, including himself, had dissociated themselves from it. You’d Need 76 Work Days to Read All Your Privacy Policies Each Year. The problem with privacy on the Internet isn’t so much that companies don’t provide privacy options or tell you that they might share your data, it’s that protecting your privacy often entails wandering the wilds of Facebook’s confusing privacy settings or reading an epic privacy agreement written in a confounding mixture of tech speak and legalese. 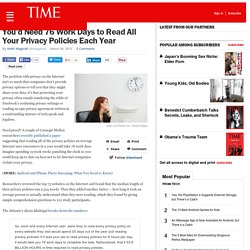 Need proof? A couple of Carnegie Mellon researchers recently published a paper suggesting that reading all of the privacy policies an average Internet user encounters in a year would take 76 work days. Imagine spending 15 work weeks punching the clock so you could keep up to date on how not to let Internet companies violate your privacy. Www.cropcirclechallenge.co.uk. James Randi exposes Uri Geller and Peter Popoff. The Beginning of the World. Social justice calls for new thinking. Creativity, Thinking Skills, Critical Thinking, Problem solving, Decision making, innovation. What information consumes is rather obvious: it consumes the attention of its recipients. 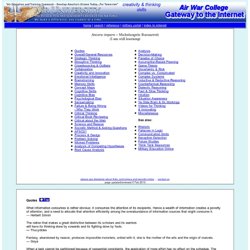 We believe that underlying these skills is the ability to exercise consequential/critical thinking. Critical Thinking: Where to Begin.