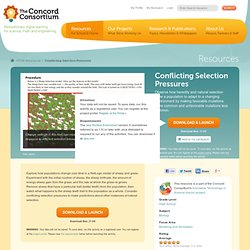 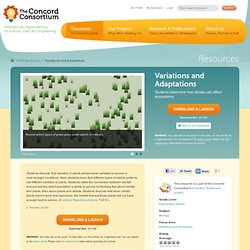 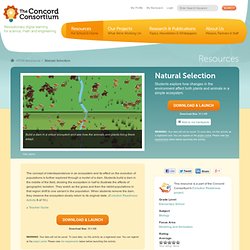 Natural Selection. Concord: The Concord Consortium, 2010, September 26. </a> Changes in the Environment. Natural Selection - Natural Selection, Evolution, Mutation. Nesz. EvoTutor - learning through interactive simulation. Charles Darwin's Papers Online. Evolution and Wonder: Understanding Charles Darwin. Beagle voyage. Darwin: Who Wants to Live a Million Years? God, Humanity and the Cosmos Topic: Darwin and the Term ‘Evolution’ Darwin and the Term ‘Evolution’ Darwin did not use the noun ‘evolution’ to describe his theory in the Origin; in fact he only used the word ‘evolved’ once in his book. The pre-Darwinian connotations of the word concerned a predictable unfolding of possibilities, as seen for example in the processes of embryonic development. Darwin would not have chosen the word because his theory is based upon variants which occur in an undirected way, and are then selected for or against by an environment which may also alter irregularly, not on a ladder of progress.

However, by the time of the publication of The Expression of the Emotions in 1872, he had started to use the term. See also the rhetoric of Darwinism. Email link | Feedback | Contributed by: Dr.