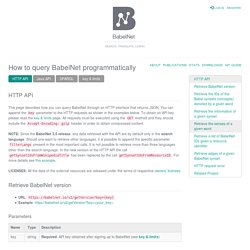 You can append the key parameter to the HTTP requests as shown in the examples below. To obtain an API key please read the key & limits page. All requests must be executed using the GET method and they should include the Accept-Encoding: gzip header in order to obtain compressed content. StatLine App. Alle data in grafiekvorm De StatLine App laat alle tabellen uit de CBS-databank StatLine in grafiek- of kaartvorm zien. 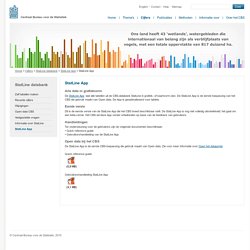 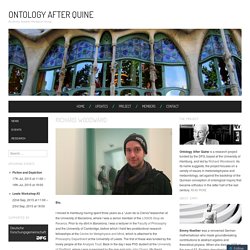 My thesis assessed fictionalist accounts of possible objects. Identity in Fiction, to appear in Philosophy and Phenomenological Research.Ersatz Counterparts, to appear in Oxford Studies in Metaphysics.Critical Study of A Companion to Quine. In Progress. In addition to finishing my book on fictionalism, I’m working on bunch of papers, including: Shaping Wikipedia into a Computable Knowledge Base. Download as PDF Wikipedia is arguably the most important information source yet invented for natural language processing (NLP) and artificial intelligence, in addition to its role as humanity’s largest encyclopedia. 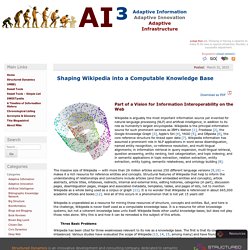 Three Basic Problems Efforts to Recast Wikipedia. Reports and studies about EC Open Datasets. DESI — Digital Agenda Scoreboard. Give yourself a URI. Do you have a URI for yourself? 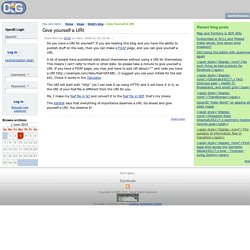 If you are reading this blog and you have the ability to publish stuff on the web, then you can make a FOAF page, and you can give yourself a URI. A lot of people have published data about themselves without using a URI for themselves. This means I can't refer to them in other data. So please take a minute to give yourself a URI. If you have a FOAF page, you may just have to add rdf:about="" and voila you have a URI (I suggest you use your initials for the last bit). The URI will start with "http" (so I can look it up using HTTP) and it will have # in it, so the URI of your foaf file is different from the URI for you. Me, I make my foaf file in N3 and convert it to the foaf file in RDF. that's my choice. The AWWW says that everything of importance deserves a URI. The traditional approach of sharing data within silos seems to have reached its end with Web advancing to an era of opening data. 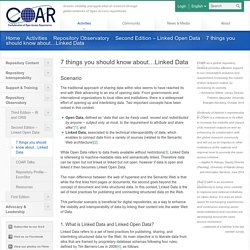 From governments and international organizations to local cities and institutions, there is a widespread effort of opening up and interlinking data. OpenID. Open Wireless Movement. The Open Definition - Open Definition - Defining Open in Open Data, Open Content and Open Knowledge. 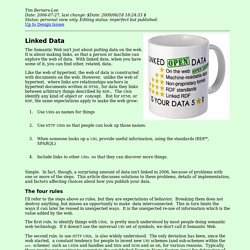 It is about making links, so that a person or machine can explore the web of data. With linked data, when you have some of it, you can find other, related, data. Like the web of hypertext, the web of data is constructed with documents on the web. However, unlike the web of hypertext, where links are relationships anchors in hypertext documents written in HTML, for data they links between arbitrary things described by RDF,. Use URIs as names for things Use HTTP URIs so that people can look up those names. Simple. The four rules I'll refer to the steps above as rules, but they are expectations of behavior. The first rule, to identify things with URIs, is pretty much understood by most people doing semantic web technology. The second rule, to use HTTP URIs, is also widely understood. The basic format here for RDF/XML, with its popular alternative serialization N3 (or Turtle). SweoIG/TaskForces/CommunityProjects/LinkingOpenData - W3C Wiki. 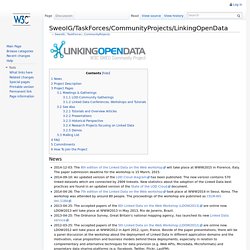 The paper submission deadline for the workshop is 15 March, 2015. 2014-09-10: An updated version of the LOD Cloud diagram has been published. The new version contains 570 linked datasets which are connected by 2909 linksets. 5 star Open Data.