New Orleans. Louisiana, potentially one of the richest states in the Union, had shamefully neglected education, health, roads, and other public services. 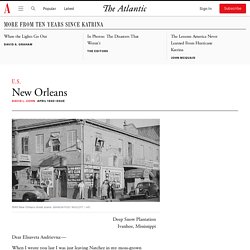 The mass of the people wallowed in poverty. New Orleans, for instance, had only a small economic middle class. Its principal residential streets were merely palm-studded façades concealing dozens of mean little streets filled with the houses of the poor. And, the ground having been prepared, Huey Long arose. He himself was one of the people. Scene 9 analysis. A Streetcar Named Desire review – hard times in the Big Easy. At the beginning of this drama, bewildered and highly-strung Blanche DuBois famously arrives in New Orleans off the train, intending to stay with her sister Stella and rough-hewn brother-in-law Stanley Kowalski. 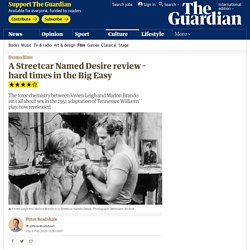 She tells a kindly stranger she is supposed to get the streetcar named “Desire” – so called because it is headed for the city’s Desire Street. (There is also Pleasure Street and Piety Street.) She must then change on to a streetcar named “Cemeteries” (in the direction of the St Louis and Lafayette burial grounds) and finally alight at Elysian Fields Avenue, where Stella and Stanley live. The metaphorical progression of desire, death and heaven is obvious, but heaven is not where Blanche is to wind up. This 1951 movie, adapted by Tennessee Williams from his stage play and directed by Elia Kazan, is now rereleased in UK cinemas as part of a Kazan season at London’s BFI Southbank.

It has a central performance by Vivien Leigh that takes getting used to, and maybe I still haven’t. Review: A Darwinian ‘Streetcar’ With a Feminist Streak. It really is a jungle out there, Blanche, that same cruel, do-or-die world described by Darwin. 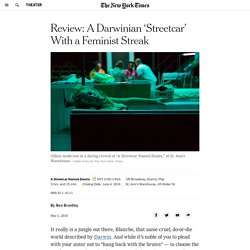 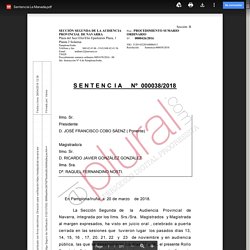 Sexual abuse: Expert: Up to 80% of rape crimes go unreported in Spain. In Sweden, 2015, there were 56.8 allegations of rape for every 100,000 inhabitants, 20 times more than in Spain where just 2.65 sexual attacks were reported, according to Eurostat, which states these figures do not reflect the number of crimes actually committed.

Eurostat adds that the discrepancy between countries such as Sweden and Spain “is also to do with general awareness and the attitudes toward sex offenders.” The fear of not being believed and a lack of confidence in the justice system are paralyzing Domestic violence attorney Amparo Díaz Of the 32 countries analyzed, Spain ranks number 25 – well below the European average. The social stigma, the trauma of the trial and the fear of not being believed are all factors that deter Spanish rape victims from going to the police, say experts.

The Criminal Justice System: Statistics. The Vast Majority of Perpetrators Will Not Go to Jail or Prison Perpetrators of sexual violence are less likely to go to jail or prison than other criminals. 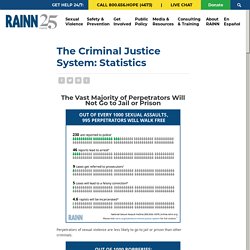 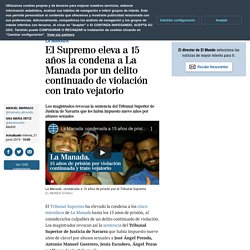 Sexual Assault Is About Power. Guidelines chap2. Censorship and a Streetcar: Part Two. Note: you can find the first part of this entry here. 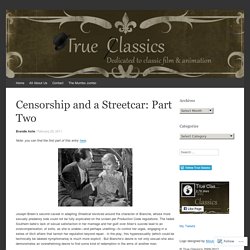 Joseph Breen’s second caveat in adapting Streetcar revolved around the character of Blanche, whose more sexually predatory side could not be fully explicated on the screen per Production Code regulations. The faded Southern belle’s lack of sexual satisfaction in her marriage and her guilt over Allan’s suicide lead to an overcompensation, of sorts, as she is unable—and perhaps unwilling—to control her urges, engaging in a series of illicit affairs that tarnish her reputation beyond repair.

During the incredibly successful run of The Glass Menagerie, theater workmen taught Williams how to play poker. 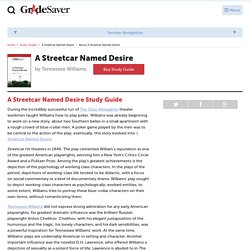