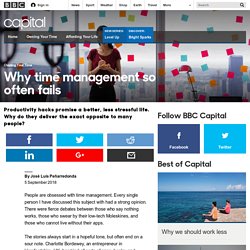 Every single person I have discussed this subject with had a strong opinion. There were fierce debates between those who say nothing works, those who swear by their low-tech Moleskines, and those who cannot live without their apps. The stories always start in a hopeful tone, but often end on a sour note. People are falling in love with the Bullet Journal, a simple productivity too...

Constant interruptions are the bane of life in today’s open-plan offices. 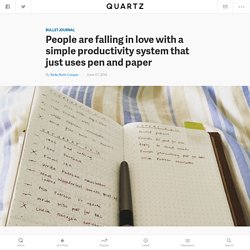 And a Swedish-Swiss industrial engineering company, ABB, says it has a solution: It has given some of its employees a kind of automated “do not disturb” sign: custom-designed traffic lights for their desks. The FlowLight system evaluates how busy someone is by measuring their combined mouse and keyboard activity against that person’s baseline average. When activity is in the top 9% of their typical range, the light turns red, letting colleagues know that it’s the wrong time to amble over with a funny anecdote or any question that’s not absolutely burning. Non-emergencies can wait until the light is green. This 100-Year-Old To-Do List Hack Still Works Like A Charm. By 1918, Charles M. 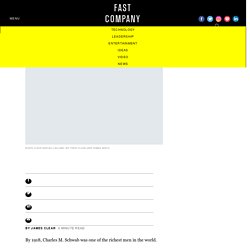 Schwab was one of the richest men in the world. Schwab (oddly enough, no relation to Charles R. Schwab, founder of the Charles Schwab Corporation) was the president of the Bethlehem Steel Corporation, the largest shipbuilder and the second-largest steel producer in the U.S. at the time. The famous inventor Thomas Edison once referred to Schwab as the “master hustler.”

He was constantly seeking an edge over the competition. This Is How To Actually Work Smarter, Not Harder. Possibly no piece of productivity advice is more well-worn than the adage, “Work smarter, not harder.” 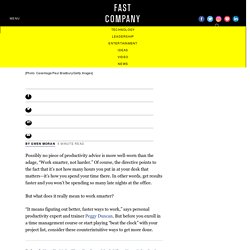 Of course, the directive points to the fact that it’s not how many hours you put in at your desk that matters—it’s how you spend your time there. In other words, get results faster and you won’t be spending so many late nights at the office. Secrets Of The Most Productive People: 2016. On staying busy: “Once you’ve accomplished a goal, you’re all done. 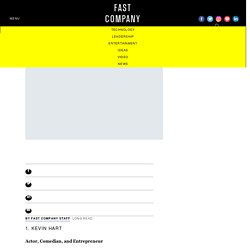 And I don’t ever want to be all done.” On collaborating: “I don’t walk into a meeting with a ‘me, me, me’ attitude. I walk in and say, ‘How do I become your partner?’ ” Read more. Time he wakes up: Between 4:30 and 5:30 a.m.First thing he does in the morning: “Get up, go to the gym. 2. 5 Types of Work Stress You Can Eliminate Right Now. What I learned from studying Zappos CEO Tony Hsieh's schedule. For those of you who are unfamiliar with him, Hsieh is the CEO of Zappos.com, a Customer Service company, that happens to be an eCommerce shoe and apparel retailer, based in Las Vegas. 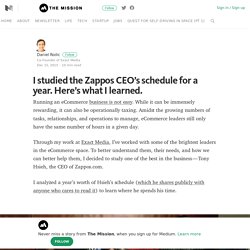 Zappos.com was purchased by Amazon.com in 2009 for $1.2 billion. In addition to running Zappos.com, Hsieh is also trying to rebuild Las Vegas, working on the Downtown Project in Las Vegas, Nevada. His goal is to build a community where local entrepreneurs can live and work. He’s also the author of NYT bestseller Delivering Happiness.

The power of saying no. ‘Every time we say yes to a request, we are also saying no to anything else we might accomplish with the time’ Every year I seem to have the same resolution: say “no” more often. 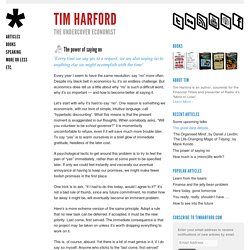 Expert Advice On How To Build The Ultimate To-Do List. If you feel like you never manage to check everything off of your to-do list, you're not alone. 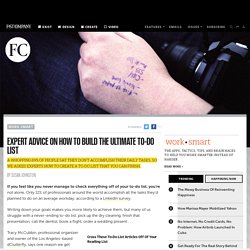 Only 11% of professionals around the world accomplish all the tasks they'd planned to do on an average workday, according to a LinkedIn survey. Writing down your goals makes you more likely to achieve them, but many of us struggle with a never-ending to-do list: pick up the dry cleaning, finish that presentation, call the dentist, book a flight, order a wedding present . . . Tracy McCubbin, professional organizer and owner of the Los Angeles-based dClutterfly, says one reason we get frustrated with to-do lists is that we expect to complete everything on them. "It's something living and breathing as opposed to 'I've checked everything off and I'm done for the rest of my life,'" she explains. In addition to making peace with their unending nature, here are other strategies for taming your to do-list. Get Real About Priorities Find What Works For You.

Productivity Tips. The Science Behind Why Constantly Checking Your Email Is Making You Crazy. How To Make Email Better, Faster, And More Fun. We'd all like to live in a world without email, or at least a world with significantly less email. 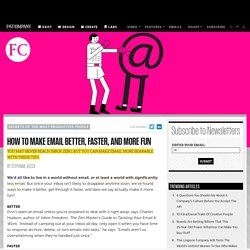 But since your inbox isn't likely to disappear anytime soon, we've found ways to make it better, get through it faster, and dare we say actually make it more fun? Better Don't open an email unless you're prepared to deal with it right away, says Charles Hudson, author of Inbox Freedom: The Zen Master's Guide to Tackling Your Email & Work. Ask Annie: Fortune Mag. FORTUNE -- Dear Annie: I work in an office that used to be a "cube farm," which was noisy and distracting enough, but now we've gone to an "open plan" layout where there are no walls at all between workstations. 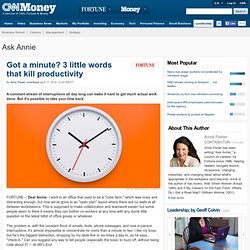 This is supposed to make collaboration and teamwork easier, but some people seem to think it means they can bother co-workers at any time with any dumb little question or the latest tidbit of office gossip or whatever. The problem is, with the constant flood of emails, texts, phone messages, and now in-person interruptions, it's almost impossible to concentrate for more than a minute or two. I like my boss, but he's the biggest distraction, dropping by my desk five or six times a day to, as he says, "check in.

" Can you suggest any way to tell people (especially the boss) to buzz off, without being rude about it? -- At Wit's End Dear A.W.E.: You're not the only one struggling with this. MORE: The real economy is now doing better than the money economy. Organization & Productivity. Doing More With Less - IBM. Do More With Less - Zappos. Zappos Family Core Value #8: Do More With Less Zappos has always been about being able to do more with less. While we may be casual in our interactions with each other, we are focused and serious about the operations of our business. We believe in working hard and putting in the extra effort to get things done. We believe in operational excellence and realize that there is always room for improvement in everything we do.

We must never lose our sense of urgency in making improvements. Doing More With Less - Blanchard. We recently invited 40 different thought leaders to participate in a webcast on the topic of Doing Still More with Less. The subject hit a nerve as over 4,700 people from around the world signed up to hear what experts had to say on getting work done during a time of limited resources. Dozens of great ideas emerged during the two-and-a-half-hour event. Among our favorites were four ideas specifically geared toward executives leading in today’s hectic environment.

Make time to think Mark Sanborn, president of Sanborn and Associates and best-selling author of eight books including The Fred Factor and You Don’t Need a Title to be a Leader, shared a simple ritual along with a key question that he asks himself. Doing more with less? Start with focus say 40 top thought leaders. John Stahl-Wert, best-selling author and founder of The SHIP Company believes that challenging economic times provide an opportunity for individuals, teams, and companies to get better and to understand things more deeply.

Yet, in his experience, “Many leaders and managers see times of restraint as a time to pressure people and provide less in terms of the human side and support.” This is so foolish, he explains. Instead, Stahl-Wert recommends that leaders “Look at ways to raise up the people capability, not try to pressure productivity.” Stahl-Wert is one of 40 thought leaders who will be joining Ken Blanchard for a Doing Still More With Less Leadership Livecast on April 24. A free event, this online webcast will bring together thought leaders, via video, to look at ways to engage and support people while meeting the increased performance demands of the current business environment.

Outsourcing. Time Management. What Successful People Do On The Weekend. 6 Things The Most Organized People Do Every Day. How To Stop Being Lazy And Get More Done - 5 Expert Tips. Before we commence with the festivities, I wanted to thank everyone for helping my first book become a Wall Street Journal bestseller. To check it out, click here. Some days the to-do list seems bottomless. Just looking at it is exhausting. How To Perform At Your Peak Every Day: 10 Tips For Working Smarter In 2014. Jerry Seinfeld's Productivity Secret. 7 Things You Need To Stop Doing To Be More Productive, Backed By Science — Business & Marketing.

When I was 17 years old, I used to work and study for about 20 hours a day. How To Perform At Your Peak Every Day: 10 Tips For Working Smarter In 2014. GTD. GTD with Remember The Milk. 13 small things to simplify your workday. “Do the difficult things while they are easy and do the great things while they are small. Productivity: As a startup CEO, what is your favorite productivity hack. The Science of Productivity, Animated. Career Advice - How to be more productive at WomansDay. GTD Workflow Map. GTD® WORKFLOW MAP SET. Productivity Tools. Ridiculously Efficient - Productivity Solutions for Solopreneurs and Small Business Owners. The Secret To Forming Super Productive Habits.