Muse. Business Plot. At the time of the incidents, news media dismissed the plot, with a New York Times editorial characterizing it as a "gigantic hoax".[3] While historians have questioned whether or not a coup was actually close to execution, most agree that some sort of "wild scheme" was contemplated and discussed.[2][4][5][6][7] Background[edit] Butler and the veterans[edit] On July 17, 1932, thousands of World War I veterans converged on Washington, D.C., set up tent camps, and demanded immediate payment of bonuses due to them according to the World War Adjusted Compensation Act of 1924 (the original act made the bonuses initially due no earlier than 1925 and no later than 1945). 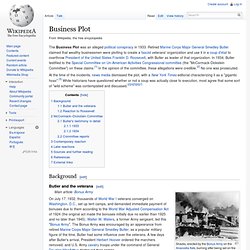 Walter W. Waters, a former Army sergeant, led this "Bonus Army". By 1933 Butler started denouncing capitalism and bankers, saying as a Marine general he was "a racketeer for capitalism. Smedley Butler. By the end of his career, Butler had received 16 medals, five for heroism. 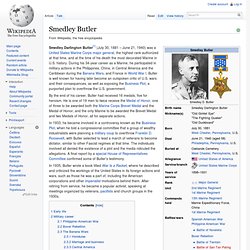 He is one of 19 men to twice receive the Medal of Honor, one of three to be awarded both the Marine Corps Brevet Medal and the Medal of Honor, and the only Marine to be awarded the Brevet Medal and two Medals of Honor, all for separate actions. In 1933, he became involved in a controversy known as the Business Plot, when he told a congressional committee that a group of wealthy industrialists were planning a military coup to overthrow Franklin D. Roosevelt, with Butler selected to lead a march of veterans to become dictator, similar to other Fascist regimes at that time. The individuals involved all denied the existence of a plot and the media ridiculed the allegations. A final report by a special House of Representatives Committee confirmed some of Butler's testimony.

Muhammad. Names and appellations in the Quran Sources for Muhammad's life Quran A folio from an early Quran, written in Kufic script (Abbasid period, 8th–9th century). The Quran is the central religious text of Islam and Muslims believe that it represents the words of God revealed to Muhammad through the archangel Gabriel.[25][26][27] Heston Blumenthal. Waiting for Godot. Plot[edit] Act I[edit] Estragon soon dozes off, but, after rousing him, Vladimir is not interested in hearing about Estragon's dreams—another recurring motif. 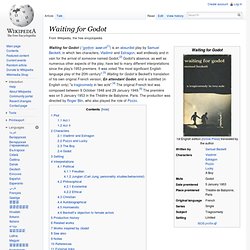 Estragon wants to hear an old joke, which Vladimir starts but cannot finish, as he is urgently compelled to rush off and urinate due to a kidney ailment that pains him whenever he laughs. East Timor. East Timor i/ˌiːst ˈtiːmɔr/ or Timor-Leste /tiˈmɔr ˈlɛʃteɪ/, officially the Democratic Republic of Timor-Leste,[6] is a country in Southeast Asia.[7] It comprises the eastern half of the island of Timor, the nearby islands of Atauro and Jaco, and Oecusse, an exclave on the northwestern side of the island, within Indonesian West Timor. 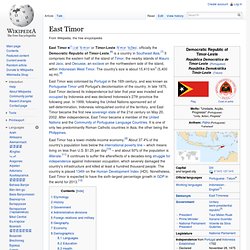 The country's size is about 15,410 km2 (5,400 sq mi).[8] East Timor was colonised by Portugal in the 16th century, and was known as Portuguese Timor until Portugal's decolonisation of the country. Iconoclasm. "Triumph of Orthodoxy" over iconoclasm under the Byzantine empress Theodora.

Late 14th – early 15th century icon. Iconoclasm[Note 1] is the destruction of religious icons and other images or monuments for religious or political motives. In time, the word, usually in the adjectival form, has also come to refer to aggressive statements or actions against any well-established status quo. It is a frequent component of major political or religious changes. Martin Luther. Martin Luther OSA (German: [ˈmaɐ̯tiːn ˈlʊtɐ] ( ); 10 November 1483 – 18 February 1546) was a German monk, Catholic priest, professor of theology and seminal figure of the 16th-century movement in Christianity known later as the Protestant Reformation.[1] He strongly disputed the claim that freedom from God's punishment for sin could be purchased with monetary values.

He confronted indulgence salesman Johann Tetzel, a Dominican friar, with his Ninety-Five Theses in 1517. East Timor. Bhutan. Coordinates: Bhutan (Dzongkha: འབྲུག་ཡུལ་; Wylie transliteration: ʼbrug-yul "Druk Yul"), officially the Kingdom of Bhutan, is a landlocked country in South Asia located at the eastern end of the Himalayas. 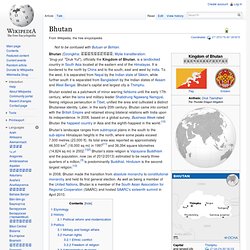 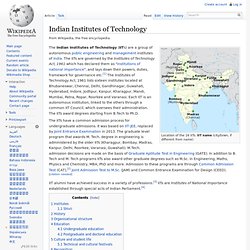 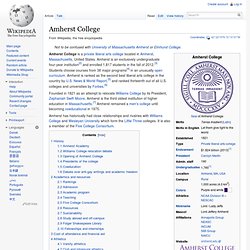 Amherst is an exclusively undergraduate four-year institution[2] and enrolled 1,817 students in the fall of 2012.[3] Students choose courses from 38 major programs[4] in an unusually open curriculum. Amherst is ranked as the second best liberal arts college in the country by U.S. News & World Report,[5] and ranked thirteenth out of all U.S. colleges and universities by Forbes.[6] Founded in 1821 as an attempt to relocate Williams College by its President, Zephaniah Swift Moore, Amherst is the third oldest institution of higher education in Massachusetts.[7] Amherst remained a men's college until becoming coeducational in 1975. Amherst has historically had close relationships and rivalries with Williams College and Wesleyan University which form the Little Three colleges.

Tufts University. Tufts College was founded in 1852 by Christian Universalists who worked for years to open a non-sectarian institution of higher learning.[6] Charles Tufts donated the land for the campus on Walnut Hill, the highest point in Medford, saying that he wanted to set a "light on the hill. " The name was changed to Tufts University in 1954, although the corporate name remains "the Trustees of Tufts College. " For more than a century, Tufts was a small New England liberal arts college. The French-American nutritionist Jean Mayer became president of Tufts in the late 1970s and, through a series of rapid acquisitions, transformed the school into an internationally renowned research university.[7] It is known as both a Little Ivy and a New Ivy and consistently ranks among the nation's top schools. 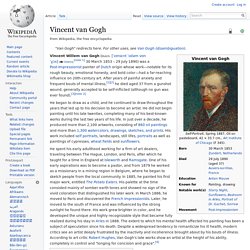 After years of painful anxiety and frequent bouts of mental illness,[1][2] he died aged 37 from a gunshot wound, generally accepted to be self-inflicted (although no gun was ever found).[3][note 2] Letters Vincent c. 1873 aged 19. Know Nothing. The most prominent leaders were ex-President Millard Fillmore (the party's presidential nominee in 1856), Massachusetts Congressman Nathaniel P. 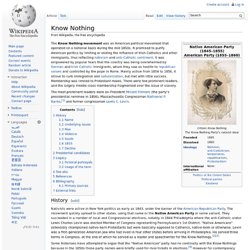 Banks,[1] and former congressman Lewis C. Levin. History[edit] Nativists were active in New York politics as early as 1843, under the banner of the American Republican Party. The movement quickly spread to other states, using that name or the Native American Party or some variant. Herodotus. Place in history[edit] Herodotus announced the size and scope of his work at the beginning of his Researches or Histories: Ἡροδότου Ἁλικαρνησσέος ἱστορίης ἀπόδεξις ἥδε, ὡς μήτε τὰ γενόμενα ἐξ ἀνθρώπων τῷ χρόνῳ ἐξίτηλα γένηται, μήτε ἔργα μεγάλα τε καὶ θωμαστά, τὰ μὲν Ἕλλησι, τὰ δὲ βαρβάροισι ἀποδεχθέντα, ἀκλεᾶ γένηται, τὰ τε ἄλλα καὶ δι' ἣν αἰτίην ἐπολέμησαν ἀλλήλοισι.[2] Herodotus of Halicarnassus, his Researches are here set down to preserve the memory of the past by putting on record the astonishing achievements of both the Greeks and the Barbarians; and more particularly, to show how they came into conflict.[3] His record of the achievements of others was an achievement in itself, though the extent of it has been debated.

His place in history and his significance may be understood according to the traditions within which he worked. His work is the earliest Greek prose to have survived intact. Homer was another inspirational source.[16] University of Chicago. Bard College at Simon's Rock. Wikipedia post modernism. Giuseppe Verdi. Biography[edit] Giacomo Puccini. Giacomo Puccini Giacomo Puccini (Italian: [ˈdʒaːkomo putˈtʃiːni]; 22 December 1858 – 29 November 1924) was an Italian composer whose operas are among the important operas played as standards.