Conservatree. How to Make and Recycle Paper. We all know that recycling paper is one way of reducing our ecological footprint by lowering the total amount of waste we produce. 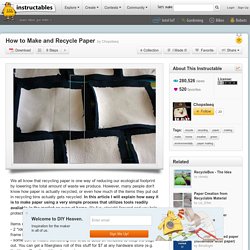 However, many people don't know how paper is actually recycled, or even how much of the items they put out in recycling bins actually gets recycled. In this article I will explain how easy it is to make paper using a very simple process that utilizes tools readily available in the market or even at home. It's fun, straight-forward and you help protect the environment by recycling your own paper! Items needed:- 2 *identical* picture frames. Paper_making.pdf. Open Society Foundations (OSF) 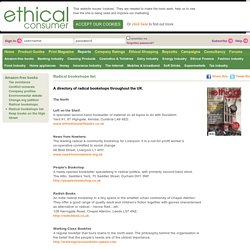 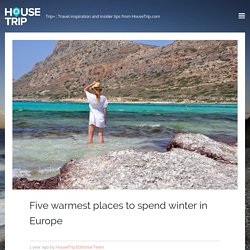 Winter destinations with guaranteed sunshine. £ - under £180 In the 80s Barbados. 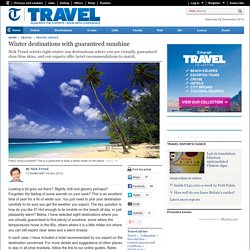 10 days trekking tour in Madeira - how to organize - Madeira Message Board. 6. 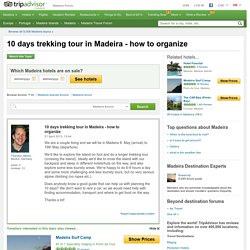 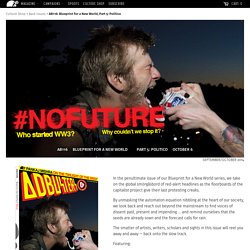 » Hiding from myself. I’ve spent a large part of my life as an actor. 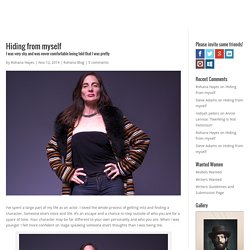 I loved the whole process of getting into and finding a character. Someone else’s voice and life. Best-dark-sky-viewing-sites-in-the-ndsp.pdf.

Body Food Health. Anarchy. 6 Harsh Truths That Will Make You a Better Person. I'd Bet Money That After 10 Minutes, You'll Wish Mr. Vernacchio Was Your Child's Sex Ed Teacher. Violence. MARINA GOLDOVSKAYA, “A BITTER TASTE OF FREEDOM” One of Russia’s most celebrated filmmakers, Marina Goldovskaya, had led a colorful and peripatetic life as a nonfiction filmmaker specializing in docu-diaristic portraits of poets, artists, leaders and everyday people. 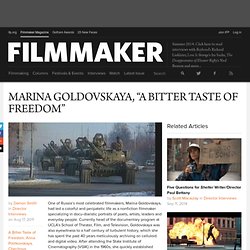 Currently head of the documentary program at UCLA’s School of Theater, Film, and Television, Goldovskaya was also eyewitness to a half century of turbulent history, which she has spent the past 40 years meticulously archiving on celluloid and digital video. After attending the State Institute of Cinematography (VGIK) in the 1960s, she quickly established herself as a leading cinematographer in a business dominated by men, a fertile period she details in her recent memoir Woman with a Movie Camera: My Life as a Russian Filmmaker. By the early seventies, she turned to producing and directing her own documentary features for Russian and European television. Marco Williams. Marco Williams is an award-winning documentary and nominated fiction film director. 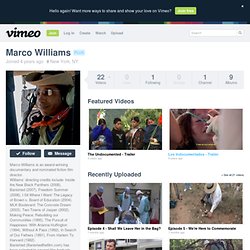 Williams’ directing credits include: Inside the New Black Panthers (2008), Banished (2007), Freedom Summer (2006), I Sit Where I Want: The Legacy of Brown v. Board of Education (2004), MLK Boulevard: The Concrete Dream (2003), Two Towns of Jasper (2002), Making Peace; Rebuilding our Communities (1995), The Pursuit of Happiness: With Arianna Huffington (1994), Without A Pass (1992), In Search of Our Fathers (1991), From Harlem To Harvard (1982). Banished (Banishedthefilm.com) has been selected to several film festivals, including the 2007 Sundance Film Festival in the Documentary Competition, the Pan African Film Festival, True/False, the Miami International Film Festival, and Full Frame Documentary film Festival.

It also enjoyed its broadcast premiere in February 2008 on the award winning PBS program, Independent Lens. External Links. Broken On All Sides: Race, Mass Incarceration & New Visions for Criminal Justice in the U.S.

In Response To Robin Williams' Death, The Most Powerful Description Of Depres... Why there's no such thing as "Reverse Racism" Speed up your torrents II. BitTorrent is the best tool for sharing files but you need to configure your client and your network the right way to get the best out of it. 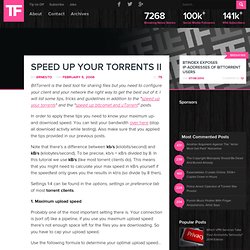 I will list some tips, tricks and guidelines in addition to the "speed up your torrents" and the "speed up bitcomet and uTorrent" posts. In order to apply these tips you need to know your maximum up- and download speed. You can test your bandwidth over here (stop all download activity while testing). Also make sure that you applied the tips provided in our previous posts. The Guide to Eco-Friendly Backpacking Travel.

Private & Secure Data Storage. Mind. Drugs & Legalisation. Therapies. Free From Religion. Life, Awareness, Relationships. Spanish : Language Learning. Gaia hypothesis. The study of planetary habitability is partly based upon extrapolation from knowledge of the Earth's conditions, as the Earth is the only planet currently known to harbour life The Gaia hypothesis, also known as Gaia theory or Gaia principle, proposes that organisms interact with their inorganic surroundings on Earth to form a self-regulating, complex system that contributes to maintaining the conditions for life on the planet.

Topics of interest include how the biosphere and the evolution of life forms affect the stability of global temperature, ocean salinity, oxygen in the atmosphere and other environmental variables that affect the habitability of Earth. Introduction[edit] Activist Post. One Couch at a Time - Welcome to the site. We are not crazy... WE ARE AMAZING! Love146 is an organisation working internationally to end child trafficking and exploitation. Homesteading.