New presentation templates for Google Slides and PowerPoint. Democrats & Republicans: Election The US presidential election is held every four years, and it's an event followed almost worldwide. Work on a marketing campaign and explain it with the help of these slides. A very thematic look is present here and you can use it for both sides of the political spectrum: republicans... Mander Meeting Attend your next meeting and give a presentation like a professional with this editable template featuring illustrations from Stories by Freepik. Human Rights Day Human Rights Day is celebrated on December 10, one of the most important dates for people in general.

Middle School Planner Exams, activities, sport clubs, there's a lot to keep track of as a middle schooler, right? Resources for New Employees So, there are new employees working with you and they need a little summary of what your company is about. Elementary Activities Little kids are very curious and they like to learn new things. Bitcoin Company Pitch Deck Wheel of Big Fun Yay! Doodle Greeting Cards. SlidesCarnival: Best Free PPT Templates and Google Slides Themes. 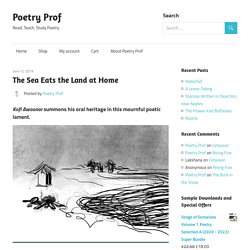 “A writer, politician and traditionalist with great wit.”John Mahama, Ghanaian President (2012 – 2017) Kofi Awoonor was born in Ghana in 1935 and lived an eventful life, during which he was a writer, poet, professor, critic, ambassador to Brazil, and later, a UN ambassador – he even served time in jail after being arrested for his part in a coup; he wrote about this experience in his book The House By the Sea. He was imprisoned without trial and later released without charge. Knowing this, when reading The Sea Eats the Land at Home, it’s hard to escape the idea that he may have been marked by being a victim in such events; in particular the poem shows the way that one’s life can be so easily disrupted – even ruined and destroyed – by forces beyond the control of ordinary people. A new poem by Richard Blanco (Extended) (12) Facebook. “What I say will not be understood”: Intertextuality as a subversive force in Nadine Gordimer’s Burger’s Daughter. 1In 1963 the South African government passed The Publications and Entertainment Act which made it possible to ban not only works which were considered blasphemous or obscene but also any work which “brings any section of the inhabitants into ridicule or contempt, is harmful to the relations between any sections of the inhabitants; is prejudicial to the safety of the State, the general welfare or the peace and good order” (Essential Gesture, 61).

Under this act almost 9 000 works were banned including, predictably, all those which made any mention of communism and most of the works of Black South African writers in exile. The censorship laws were further tightened by an amendment in 1974, so that by the time Nadine Gordimer’s seventh novel Burger’s Daughter was published in 1979, some 20 000 titles were prohibited in South Africa and the list was being updated weekly. 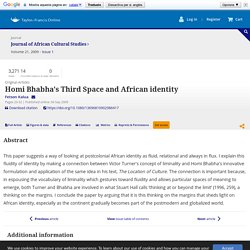 Changing the Terms - Chapter 14. Translating (into) the Language of the Colonizer - Les Presses de l’Université d’Ottawa. 1 I would like to thank the Social Sciences and Humanities Research Council, Canada, for its support (...) 2 See St-Pierre (1997). 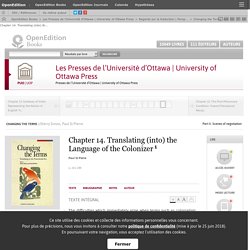 Most general studies on colonialism and postcolonialism comment extensively (...) 1The difficulties which immediately arise when terms such as colonialism or postcolonialism are used are by now well-known,2 and so too are the critical discourses that they nevertheless make possible and which account, at least in part, for their continued use. Changing the Terms - Chapter 8. Translations of Themselves: The Contours of Postcolonial Fiction - Les Presses de l’Université d’Ottawa. 1Although it is generally acknowledged that postcolonial literary works written in the colonizers’ language are a form of intercultural transfer (see Pym 1992) involving the transposition of aspects of the indigenous language, cultural patterns, beliefs and literary traditions, some critics go a step further and claim that postcolonial fictions are translations. 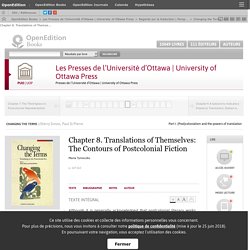 Changing the Terms - Chapter 7. The Third Space in Postcolonial Representation - Les Presses de l’Université d’Ottawa. “Where there is power, there is resistance.”Michel Foucault, The Discourse on Language 1The drive toward global uniformity in cultures, lifestyles and mentalities also extends to the production of literature. 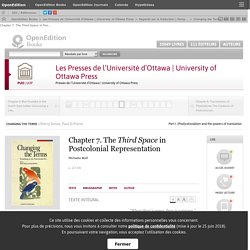 In literature, translation as an activity that always takes place in a specific social, historical and political context involves—voluntarily or not—asymmetrical power relations. With regard to “Third World” literatures, these power relations go as far back as the colonial period. Changing the Terms - Chapter 7. The Third Space in Postcolonial Representation - Les Presses de l’Université d’Ottawa.