A rather special specimen we'd like to share this #VEDay75: this Chamerion angustifolium was collected in a 1950 survey of flora of bombed London sites. Also known as 'fireweed' or 'bombweed', the plant was a common sight amongst rubble and derelict build. Seized natural-history collections and the redefinition of scientific cosmopolitanism in the era of the French Revolution. Flower links Civil War, natural history and 'the blood of heroes' Among the dead flowers at the Academy of Natural Sciences, a Civil War mystery unfolds. Elana Benamy’s whole life is arranged around noticing the little things. 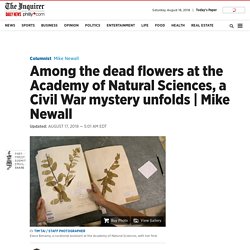 Science History Institute. A few months after the Civil War began, on July 4, 1861, a group of patriotic young volunteers stood in the shadow of the Capitol, waiting to be sworn into the Union Army on a 90-day enlistment. 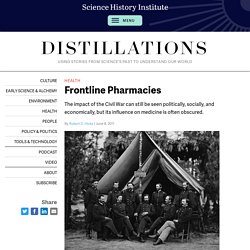 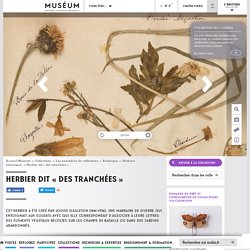 How Humble Moss Healed the Wounds of Thousands in World War I. The First World War had just begun, and already the wounds were rotting on the battlefield. 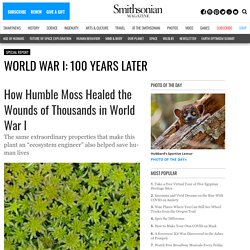 In the last months of 1914, doctors like Sir. W. Watson Cheyne of the Royal College of Surgeons of England noted with horror the “great prevalence of sepsis,” the potentially life-threatening response triggered by a bad infection. And by December 1915, a British report warned that the thousands of wounded men were threatening to exhaust the material for bandages. Desperate to get their hands on something sterile that would keep wounds clear of infection, doctors started getting creative.

The soldier who preferred flowers to guns – Daarjeeling. Pour lire cet article en français, cliquer ici : Le soldat qui préférait les fleurs aux fusils (This article was originally written in french and then – very poorly – translated by myself after a couple of people asked for a translation. 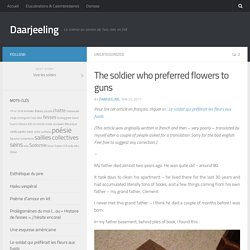 Sorry for the bad english. Feel free to suggest any correction..) My father died almost two years ago. Collected by a doctor serving with British army in #WW1-mounted on reverse side of his medical notepad! #kewcurators. Kew Science sur Twitter : "Some beautiful and poignant specimens at Kew: Approx. 200 specimens collected by Cyril Douglas Day in Mesopotamia, 1918, mounted on the reverse side of Army forms #poppy #WW1 #RemembranceSunday #Armistice100… NHM Botany sur Twitter : "John Ramsbottom, Botany Assistant (and later Keeper of Botany), was serving with the #RAMC in Salonica in 1918. He arranged a competition to assemble a #herbarium collection for @nhm_london. The specimen labels reveal how all ran. In memory of Captain Robert Chapman Davie (1886-1919) “Indirectly the war has robbed the Botanical Society of a member of its Council and a frequent contributor to its meetings in the person of Dr. 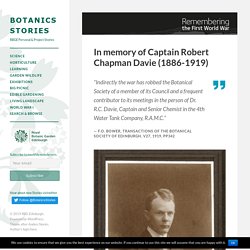 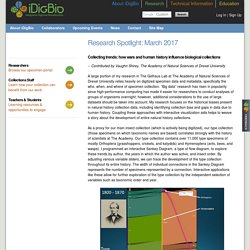 “Big data” research has risen in popularity since high-performance computing has made it easier for researchers to conduct analyses of groups of organisms overnight; however, additional considerations to the use of large datasets should be taken into account. My research focuses on the historical biases present in natural history collection data, including identifying collection bias and gaps in data due to human history. Coupling these approaches with interactive visualization aids helps to weave a story about the development of entire natural history collections. Regrowing Germany's Trees After WWII. German cities had huge urban forests before the destruction caused by World War II. 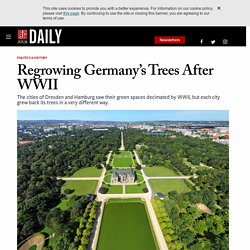 So how did they get them back? Scholars Judith Stilgenbauer and Joe R. McBride tell a tale of two German cities and their embattled forests. Potomageton acutifolius collected by #JosephBanks in Lincolnshire in 1794, damaged by bombing in 1941 #lovelincsplants @NHM_Botany @BSBIbotany. Saving Eden in Colombia. News BBC News Navigation Sections Previous Next Media player. 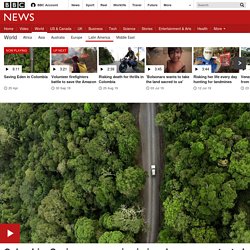 How The Tallest Palms On Earth Were Unintentionally Saved By Colombia’s Guerillas. For Israelis and Palestinians, a Battle Over a Humble Plant. For just under three months a year, towards the end of the winter rains, Samir Naamneh and his wife Nadya get up at 4 in the morning, gear up in improvised camouflage, and pack into a truck headed from Arraba, their Arab village in Israel, to the Golan Heights. 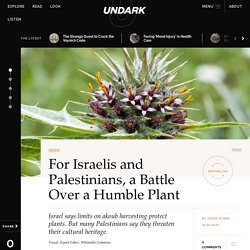 During this season, the volcanic plateau is carpeted with delicate wildflowers and dotted with hundreds of endangered gazelles. To the trained eye, the lush, grassy slopes are also bursting with an unassuming, wildly lucrative thistle known as akoub. Hope for Conservation and Peace in the Korean Demilitarized Zone. Todd Walters is currently attending the World Parks Congress in Sydney, Australia. A red-crowned crane, one of many threatened species that has rebounded after years of minimal human impact in the Korean DMZ. (© Olivier Langrand) It’s the most heavily militarized border in the world — a strip of land 248 km (155 miles) long and 4 kilometers (2.5 miles) wide that is fenced with barbed wire and in some parts still contains land mines.

The Cold War had an unintended side effect: it created a European wildlife paradise. Stretching from the Arctic to the Black Sea, the Iron Curtain separated communist East from capitalist West for nearly 45 years. The Green Curtain. Biospecimens and the Information Landscape for Biodefense > Center for the Study of <br> Weapons of Mass Destruction > Publication View. By Diane DiEuliis, Natasha Bajema, and Nicholas Winstead.