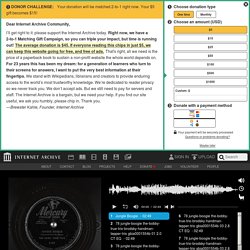 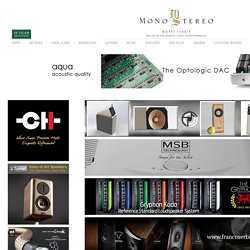 I had received 2 items from the artisan company Dalby Audio Design. My excitement reached fever pitch as something very special arrived at MonoStereo. Something of such importance to me that the anticipation which I've not experienced for over a decade! The new DalbyAudioDesign D-7 Stabiliser 'Complex' variant and already highly acclaimed D7-LVSE90 Lignum Vitae 'Select Edition' Isolation Feet were the items in question. I've have had real high expectations for what I've seen over the web of DalbyAudioDesign, but nothing prepared me for what I experienced.

If you ever have the chance to experience the legendary Hermes products, the emotional discovery of opening and acquiring something special was the same with DalbyAudioDesign today. History's Dumpster: KKK Records. You won't believe who was making 78 RPM records in an uglier time in our nation's history. 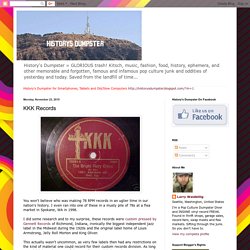 I even ran into one of these in a musty pile of 78s at a flea market in Spokane, WA in 1998.I did some research and to my surprise, these records were custom pressed by Gennett Records of Richmond, Indiana, ironically the biggest independent jazz label in the Midwest during the 1920s and the original label home of Louis Armstrong, Jelly Roll Morton and King Oliver. This actually wasn't uncommon, as very few labels then had any restrictions on the kind of material one could record for their custom records division. As long as it didn't bear the name of the manufacturing label, anything goes. I love the hysterically self righteous generic name of the "performers" on this record; "100% Americans with Orch. From Alger to Antananarivo – A selection of 78rpm records from Africa – Ceints de bakélite. Khaïra Bousaâda – Mensabni Houita (Algeria) Zineb Bent Sigya – Rahe Khsm Rah (Algeria) Mademoiselle Zahia – Madabia (Algeria) Cheikh Omar Chakleb – Guelbi Bel-Houb (Algeria) Cheikh Magari Soliman – Istikbar avec Ghaïta (Tunisia) Issirène Elaâfrite – Ya Menna (Tunisia) Hocine Slaoui – Mahla Enzaha (Morocco) Mohammed Abdel – Achek El Roh (Egypt) Somalis et Dankelès – Maolid (Côte Française des Somalis/Djibouti) 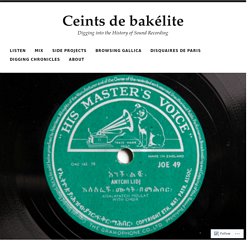 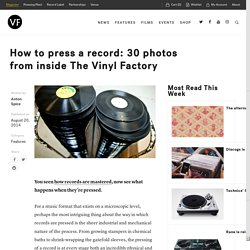 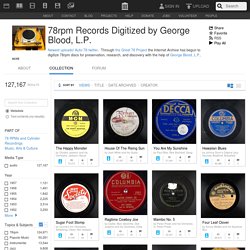 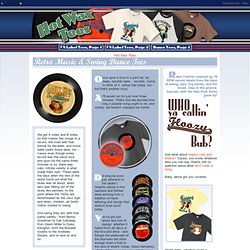 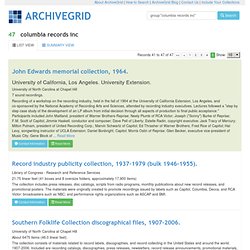 University Extension. University of North Carolina at Chapel Hill 7 sound recordings. Recording of a workshop on the recording industry, held in the fall of 1964 at the University of California Extension, Los Angeles, and co-sponsored by the National Academy of Recording Arts and Sciences, attended by recording industry executives. Welcome to the Record-Rama Sound Archive Database. UBIQUITY RECORDS. Apollo Masters lacquer record discs. The Secret Society of Lathe Trolls. Presto History. THE PRESTO HISTORY PAGE (Updated July 2012) Newly added are personal recollections from Robert and Joe Saliba, son's of founder George Saliba and can be found in the reference section, paragraphs 4 and 5 at the end of this narrative. 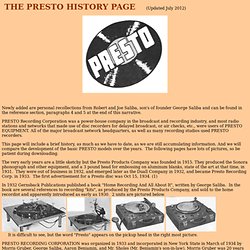 PRESTO Recording Corporation was a power-house company in the broadcast and recording industry, and most radio stations and networks that made use of disc recorders for delayed broadcast, or air checks, etc., were users of PRESTO EQUIPMENT. All of the major broadcast network headquarters, as well as many recording studios used PRESTO recorders. This page will include a brief history, as much as we have to date, as we are still accumulating information. And we will compare the development of the basic PRESTO models over the years. The very early years are a little sketchy but the Presto Products Company was founded in 1915.

In 1932 Gernsback Publications published a book "Home Recording And All About It", written by George Saliba. The Disc plant, front view. Aardvark Record Mastering - Mastering of vinyl records. Nature's Beauty In Sight & Sound. PARAMOUNT'S RISE AND FALL - ROOTS AND HISTORY OF PARAMOUNT RECORD by ALEX VAN DER TUUK (MAINSPRING PRESS) How did a chair manufacturer come to dominate the new "race record" field in the 1920s? 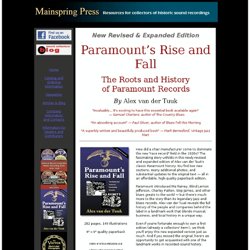 The fascinating story unfolds in this newly revised and expanded edition of Alex van der Tuuk's classic Paramount history. You find two new sections, many additional photos, and substantial updates to the original text — all in an affordable, high-quality paperback edition. Paramount introduced Ma Rainey, Blind Lemon Jefferson, Charley Patton, Skip James, and other blues greats to the world — but there's much more to the story than its legendary jazz and blues records. Alex van der Tuuk reveals the full history of the people and companies behind the label in a landmark work that blends musical, business, and local history in a unique way.

Homestudio - AudioLab review. Notes revised August 16, 1999, by Steve Schoenherr Origins 1877 - Edison made the first recording of a human voice ("Mary had a little lamb") on the first tinfoil cylinder phonograph Dec. 6 (the word "Halloo" may have been recorded in July on an early paper model derived from his 1876 telegraph repeater, but the paper has not survived) and filed for an American patent Dec. 24.

John Kruesi built this first practical machine Dec. 1-6 from a sketch given to him by Edison that was made Nov. 29 (not on "Aug. 12" that Edison mistakenly wrote on another sketch in 1917). HOW TO RECORD ON WAX CYLINDER.