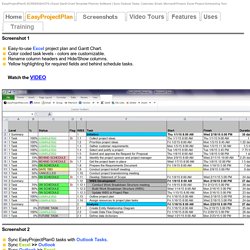 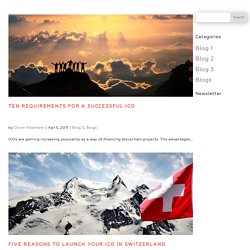 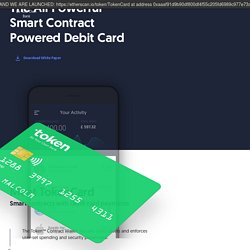 This is revolutionary: you can buy groceries in DGX, ETH, DAI or any other ERC20 token. You can even spend multiple tokens in a single transaction, and even autonomously maintain a desired portfolio allocation within your Contract Wallet while you do it. Always in Control You never have to deposit with us, ever. Your tokens are secured inside a contract wallet you control. Startups Accelerator & Coworking Space in Shanghai. Zurich, Switzerland. During the last two years, Switzerland has become the epicentre of ICO revolution. 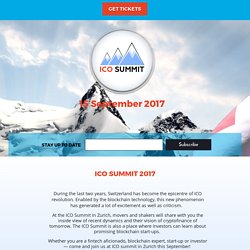 Enabled by the blockchain technology, this new phenomenon has generated a lot of excitement as well as criticism. At the ICO Summit in Zurich, movers and shakers will share with you the inside view of recent dynamics and their vision of cryptofinance of tomorrow. Startups Accelerator & Coworking Space in Shanghai. Eventbrite. ICO Summit 2017 - Zurich During the last two years, Switzerland has become the epicentre of ICO revolution. 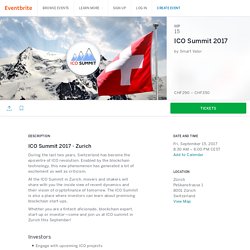 Enabled by the blockchain technology, this new phenomenon has generated a lot of excitement as well as criticism. At the ICO Summit in Zurich, movers and shakers will share with you the inside view of recent dynamics and their vision of cryptofinance of tomorrow. The ICO Summit is also a place where investors can learn about promising blockchain start-ups. Whether you are a fintech aficionado, blockchain expert, start-up or investor—come and join us at ICO summit in Zurich this September! Investors. 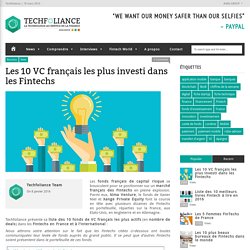 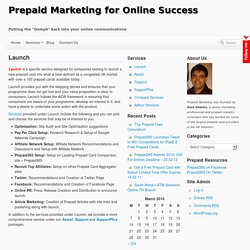 Launch provides you with the stepping stones and ensures that your programme does not get lost and your value proposition is clear to consumers. Launch follows the AIDA framework in ensuring that consumers are aware of your programme, develop an interest in it, and have a desire to undertake some action with the product. Services provided under Launch include the following and you can pick and choose the services that may be of interest to you. In addition to the services provided under Launch, we provide a more comprehensive service under our Assist, Support and SupportPlus packages. Carte Veritas - Avis et test. Carte Veritas La carte Veritas est la carte haut de gamme prépayée Mastercard offrant de nombreux avantages : 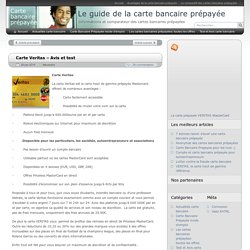 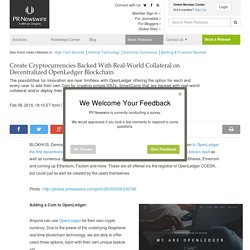 These are all offered via the registrar of OpenLedger CCEDK, but could just as well be created by the users themselves. Photo - Adding a Coin to OpenLedger: Anyone can use OpenLedger for their own crypto currency. Due to the power of the underlying Graphene real-time blockchain technology, we are able to oﬀer users three options, each with their own unique feature set. Term Sheet Series A - The Galion Project.

Leaver [100]% of the shares held by Founders shall vest on a quarterly basis over a period of [three] years from Closing. 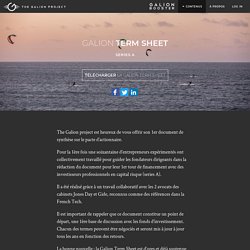 GoalMine To Launch Holiday Gift Card Trade-in Service. GoalMine, an investment service targeting the mass market, announced its holiday gift card trade-in service that will allow consumers to fund investment accounts using gift cards with leftover balances in excess of $25. Here’s how it works: “After entering gift card numbers and values, customers will be prompted to create a free account, after which they can choose to apply their gift card values to one of GoalMine’s mutual funds or an FDIC-insured savings account. Accounts are goal-based, so customers can easily allocate funds toward goals like buying a home, preparing for a new baby, or saving for a rainy day.”

The service will begin December 19 and last for a limited time after the holidays. To learn more about GoalMine, watch its FinovateSpring 2010 demo. Spring 2010 - goalmine. Presenter Profile: How they describe themselves: GoalMine is the simple, social way to save and invest. It expands mutual fund investing to a new community of people. GoalMine allows customers to open mutual fund accounts with just $25 and with no prior financial knowledge required. Customers set up their real-life goals, fund their goals with a mutual fund, and then use fundraising features to let others give to their goals either online or using a convenient gift card.

FinovateSpring 2010 - goalmine. Viewpoint: Can Prepaid Customers Be Investors? (May 2011) - Paybefore. And other questions key to prepaid’s future By Roy Sosa, CEO, MPOWER Ventures, and Rimmy Malhotra, Chief Investment Officer, Gratio Capital Despite being a thriving, multibillion-dollar industry, which we’ve collectively built by bringing previously overlooked consumers into the financial mainstream, most of the headlines about prepaid accounts continue to focus on one thing: fees. “Fees make prepaid accounts costlier than basic checking accounts,” claims the latest research from Consumers Union. Only months before, U.S. Senator Richard Durbin (D-Ill.) labeled prepaid fees “abusive” and sought to follow his eponymous amendment to the Dodd-Frank Act restricting card interchange fees with restrictions on prepaid fees. It seems the only question anyone asks about prepaid these days is: “Are prepaid fees too high?”

Price Wars First, it’s worth noting the question started with us in the industry. Inbound Marketing Software Success Stories. We’ve never run into anything HubSpot can’t handle... Any large company should consider them for an enterprise-wide resource. Matt Rivera Vice President, Marketing & Communications After the economic downturn in 2008, Yoh's marketing budget took a big cut. They decided to look for a way to accelerate their online marketing activities and found their solution in HubSpot’s inbound marketing platform.

Increase in monthly website visitors in 6 months. Special Drawing Rights (SDRs) Full text Factsheet Special Drawing Right (SDR) November 30, 2015 The SDR is an international reserve asset, created by the IMF in 1969 to supplement its member countries’ official reserves. Its value is currently based on a basket of four major currencies, and the basket will be expanded to include the Chinese Renminbi (RMB) as the fifth currency, effective October 1, 2016. The role of the SDR The SDR was created by the IMF in 1969 as a supplementary international reserve asset, in the context of the Bretton Woods fixed exchange rate system. Only a few years after the creation of the SDR, the Bretton Woods system collapsed and the major currencies shifted to floating exchange rate regimes.

CoinReport A Conversation with Halsey Minor, Founder of Uphold and Voxelus [Audio + Transcription] Résultats Google Recherche d'images correspondant à. Images. Startup Business Models. How does Rush Card make money with its prepaid credit card? Explainer Videos by Handpicked Creatives. Create a Whiteboard Animated Video To Promote Your Business. SDR Valuation. Funding Circle - How It Works. News - Balderton Capital. Team - Clipperton Finance. European Fintech in 2016. What next for European fintech in 2016? This is the long form unedited version of a piece I wrote for City AM last week. 2015 was another big year for fintech in Europe. The frenzy of activity in London has continued, with some great companies getting funded (such as Balderton’s new investments Credit Benchmark and Revolut) and also with conference overload and occasional premature back-slapping.

The rest of Europe (Germany in particular) has really hit the accelerator pedal, with big funding rounds for the likes of Number26, SavingGlobal and iZettle. Finleap, the ‘Rocket Internet of fintech’, started only a year ago and has already grown to more than 100 employees across 6–8 fintech businesses. In 2016 I expect the high activity level around Fintech investment to continue, but the term will become increasingly unfashionable given the huge differences in business dynamics between companies lumped under this banner. Motion Design, Graphic Design, 2FACTORY, Animation, Film, Motion Graphics.

Three years ago we launched TransferWise because we were tired of hidden charges when sending our money abroad. Today, Sir Richard Branson has joined our existing investors in throwing $25 million behind our mission to make the world of money transfers a fairer place. MasterCard Acquires Travelex’s Prepaid Card Program

Sean Cornwell - MMC Ventures. Travelex. Startup pitch: WeSwap aims to disrupt the currency exchange market with P2P platform. WeSwap is the latest company to jump on the peer-to-peer bandwagon with its bid to solve currency exchange problems. The London-based startup provides a platform where users can exchange currencies at the interbank rate for a flat fee, and in some cases for free.Currently, when travellers want to exchange currencies, the middle man or exchange agencies quote a higher price (commission) than the interbank rate, WeSwap is aiming to remove this middle man and maximize the monetary benefit in the exchange process.