Our favorite whole wheat levain loaf – Weekend Bakery. After all those years, who would have thought, but I ♥ you whole wheat! 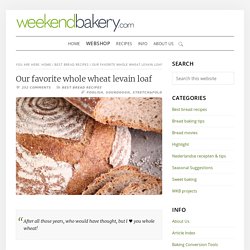 Klik hier voor Nederlandse versie Do you need a bit of encouragement to start making a super healthy whole wheat loaf? Awful childhood memories like me of stale and even rancid bread? Get out and buy the best fresh! Organic whole wheat you can find and give this loaf a chance! It is nothing like your memories, it is about 1000 times better, or frankly incomparable, with an intense flavor that is the opposite of bland. This recipe is not highly original of course, there are many whole wheat levain recipes and they are all more or less the same. Whole Wheat Sourdough Bread - Taste of Artisan. Tartine’s Country Bread Recipe. Whole Wheat Tartine Bread.

Roasted Onion Sourdough with Flaxseeds & Toasted Bulgur: my best bread EVER? Fifty-Fifty Whole Wheat Sourdough Bread. I’ve been thinking about this recipe for some time, and I’ve been tinkering with it for just about as long. 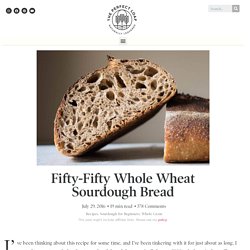 I wanted to create a whole wheat sourdough bread that wasn’t all the way 100% whole grain, but still enough to bring out that assertive wheat flavor, gentle yet complex sourness, and also one that packs a nutritious punch. I wanted it to be light in hand, soft of texture, and be the right starting place for those who might not have had much experience with bread boasting a majority of whole grains. Whole Wheat Sourdough Bread Tutorial. Sourdough whole wheat bread is a Wonderfully nutritious bread. 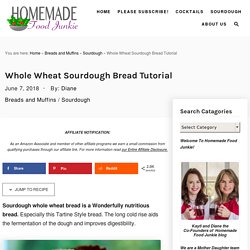 Einkorn Sourdough Bread. These days it seems I seldom bake bread comprised of only a single flour. 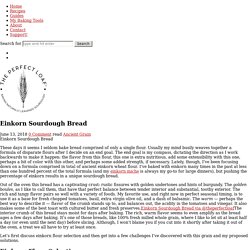 Usually my mind busily weaves together a formula of disparate flours after I decide on an end goal. The end goal is my compass, dictating the direction as I work backwards to make it happen: the flavor from this flour, this one is extra nutritious, add some extensibility with this one, perhaps a bit of color with this other, and perhaps some added strength, if necessary. Lately, though, I’ve been focusing down on a formula comprised in total of ancient einkorn wheat flour. Sourdough Naan. Lately I’ve been trying to incorporate sourdough starter into my recipes… Take my sourdough cinnamon rolls, for example. 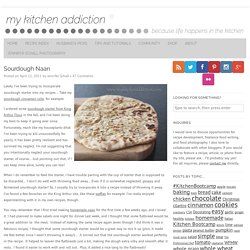 I ordered some sourdough starter from King Arthur Flour in the fall, and I’ve been doing my best to keep it going ever since. Fortunately, much like my houseplants (that I’ve been trying to kill unsuccessfully for years), it has been pretty resilient and has survived my neglect. I’m not suggesting that you intentionally neglect your sourdough starter, of course… Just pointing out that, if I can keep mine alive, surely you can too! When I do remember to feed the starter, I have trouble parting with the cup of starter that is supposed to be discarded… I don’t do well with throwing food away… Even if it is somewhat neglected, gloppy and fermented sourdough starter! So, I usually try to incorporate it into a recipe instead of throwing it away. You may remember that I first tried making homemade naan for the first time a few weeks ago, and I loved it. My Best Sourdough Recipe. I’ve baked this loaf, or a variant of it, so many times I’ve lost count. 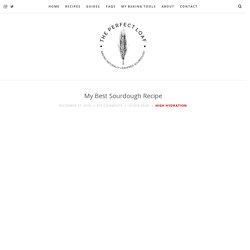 This bread was born when I first got my hands dirty with flour & water. Its parent, if you could call it that, was Chad Robertson’s Tartine loaf with his liquid levain and mix of whole & white wheat that is brought to life not with intensive kneading, but rather a series of folds during bulk fermentation. It’s grown since then and has developed a personality of its own as I’ve expanded my baking repertoire and investigated the many facets of baking naturally leavened sourdough. It’s taken on, and lost, traits from many of the great bakers out there, borrowing from their inspiration and giving me direction to raise this bread into something of my own. A bread that doesn’t entirely taste like anything else I’ve had, and yet, still employs many of the same processes and ingredients. Yes it’s excessive in some way, but there’s an excessiveness to ambition as wellJohn Mayer Flour Selection. 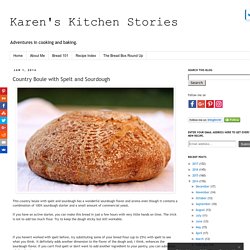 If you have an active starter, you can make this bread in just a few hours with very little hands on time. The trick is not to add too much flour. How To Make Sourdough Bread. For many of us home bakers, making a good loaf of sourdough bread feels like striving for the World Cup or an Olympic gold medal. 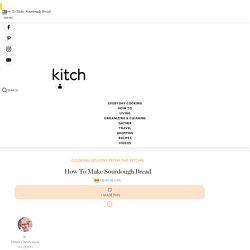 It's the challenge to top all challenges and takes real commitment, but it's also something that's completely achievable. Are you ready to take on the challenge of a true sourdough bread? If so — or even if you're just curious to see what the fuss is about — here's everything you need to know! Sourdough Cinnamon Rolls. Sourdough cinnamon rolls: the new every-weekend tradition? 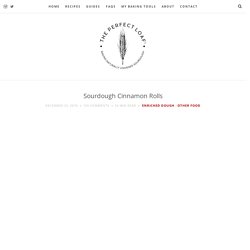 I originally began work on this recipe with the intention that these would be a wonderful Christmas morning indulgence, the birth of a new holiday baking custom. But after making them several times for testing I’m convinced they should seriously be a weekend indulgence. Why limit ourselves and declare these only for special events and holidays? Seriously, let’s just make them every weekend. Brioche Hamburger Buns.

This past weekend I had the wonderful opportunity to attend a workshop by the one and only Sandor Ellix Katz, author of The Art of Fermentation (essential reading!). 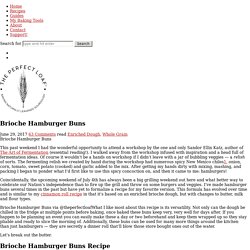 I walked away from the workshop infused with inspiration and a head full of fermentation ideas. Of course it wouldn’t be a hands on workshop if I didn’t leave with a jar of bubbling veggies — a relish of sorts. The fermenting relish we created by hand during the workshop had numerous spicy New Mexico chiles1, onion, corn, tomato, sweet potato (cooked) and garlic added to the mix. After getting my hands dirty with mixing, mashing, and packing I began to ponder what I’d first like to use this spicy concoction on, and then it came to me: hamburgers!

Coincidentally, the upcoming weekend of July 4th has always been a big grilling weekend out here and what better way to celebrate our Nation’s independence than to fire up the grill and throw on some burgers and veggies. What I like most about this recipe is its versatility. Vitals.