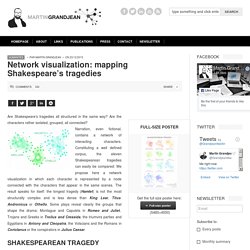 Are the characters rather isolated, grouped, all connected? Narration, even fictional, contains a network of interacting characters. Constituting a well defined corpus, the eleven Shakespearean tragedies can easily be compared: We propose here a network visualization in which each character is represented by a node connected with the characters that appear in the same scenes. The result speaks for itself: the longest tragedy (Hamlet) is not the most structurally complex and is less dense than King Lear, Titus Andronicus or Othello. Some plays reveal clearly the groups that shape the drama: Montague and Capulets in Romeo and Juliet, Trojans and Greeks in Troilus and Cressida, the triumvirs parties and Egyptians in Antony and Cleopatra, the Volscians and the Romans in Coriolanus or the conspirators in Julius Caesar. 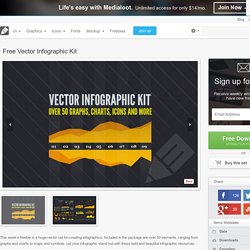 Included in the package are over 50 elements, ranging from graphs and charts to maps and symbols. Let your infographic stand out with these bold and beautiful infographic resources. In the download the filetypes are AI, EPS and SVG so you can use this kit at any scale, easily edit the color scheme, and the data points. Enjoy! Free License Feel free to download and use this item for both personal and commercial projects with attribution back to MediaLoot. Attribution is required for free items. More from Graphic Art » Vectors. In a recent interview, Jeffrey Katzenberg described his first day at Disney as the newly appointed head of The Walt Disney Studios. 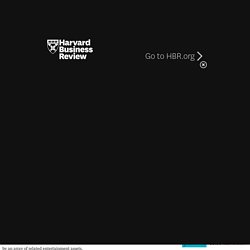 The equally new Disney CEO, Michael Eisner, gave him a simple, unambiguous mandate: fix animation at Disney. Although a veteran in the film business, Katzenberg had no experience with animation and little appetite for it. Disney long-timers, however, informed him that Walt Disney had left extensive notes and audio recordings concerning his experiences making animation, which were stored in the Disney archives. Looking through these records, he discovered that Walt had effectively “left the recipe for making a Disney animated movie.”

Katzenberg proceeded to apply this recipe with remarkable success, adding on the way some extra ingredients of his own. Walt Disney, however, left another, arguably even more valuable, recipe for his company. Illustration: @1957 Disney Vision-providing corporate theories need not be as visually compelling as Disney’s synergy map. Algorithm-generated song, based on income data. Seconde Guerre Mondiale : un bilan humain - un documentaire chiffré sur la guerre et la paix. Music Timeline. Templates - Venngage. What’s a mind map and how can I make it fully interactive? It’s great to see you again! 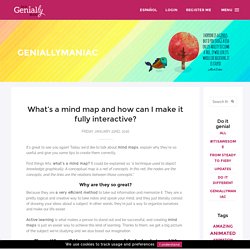 Today we’d like to talk about mind maps, explain why they’re so useful and give you some tips to create them correctly. First things firts: what’s a mind map? It could be explained as “a technique used to depict knowledge graphically. A conceptual map is a net of concepts. In this net, the nodes are the concepts, and the links are the relations between those concepts”. Why are they so great? Because they are a very efficient method to take out information and memorize it. Active learning is what makes a person to stand out and be successful, and creating mind maps is just an easier way to achieve this kind of learning. Then… When will I be using a mind map? A mind map can be used in any context of our everyday life. All mind maps have common elements that identify them as such. There are several tools to create mind maps, and we’ve picked up the free web tools that we like the most to create them very simply. Template 1 Template 2.

WHY DO WE LIKE INFOGRAPHICS SO MUCH ? by Genially on Genially.