'Trump Your Cat' Encourages People To Put Donald Trump Hairstyles On Their Pets. The FBI's Response To Another Killer Cop Set Free? More Surveillance of Protestors. On Thursday, FBI Deputy Director Mark Giuliano gave a press conference about how his agency was preparing for the soon-to-be announced verdict for Michael Brelo, the white Cleveland Police Officer charged with two counts of voluntary homicide for shooting 49 bullets at two unarmed black victims, Timothy Russell and Malissa Williams, at least two of which were fatal shots for each victim and many of which were fired as he stood on the hood of their car. 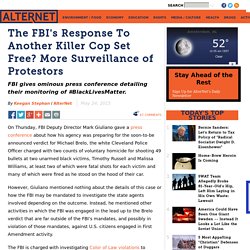 However, Giuliano mentioned nothing about the details of this case or how the FBI may be mandated to investigate the state agents involved depending on the outcome. Instead, he mentioned other activities in which the FBI was engaged in the lead up to the Brelo verdict that are far outside of the FBI’s mandates, and possibly in violation of those mandates, against U.S. citizens engaged in First Amendment activity. If the FBI had any such plan, Guiliano didn’t mention it at his press conference. The fact that the FBI is tracking U.S. 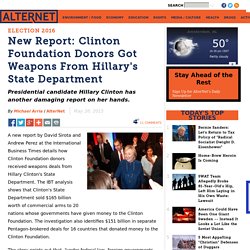 The IBT analysis shows that Clinton's State Department sold $165 billion worth of commercial arms to 20 nations whose governments have given money to the Clinton Foundation. The investigation also identifies $151 billion in separate Pentagon-brokered deals for 16 countries that donated money to the Clinton Foundation. The story points out that, "under federal law, foreign governments seeking State Department clearance to buy American-made arms are barred from making campaign contributions -- a prohibition aimed at preventing foreign interests from using cash to influence national security policy. " France outcry over Muslim schoolgirl's skirt ban - BBC News.

France is facing a fresh backlash against its strict secular policy after it emerged a 15-year-old Muslim girl was sent home from school because she was wearing a long black skirt. 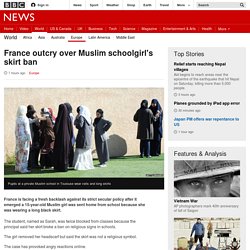 The student, named as Sarah, was twice blocked from classes because the principal said her skirt broke a ban on religious signs in schools. The girl removed her headscarf but said the skirt was not a religious symbol. The case has provoked angry reactions online. Joe Arpaio Fine With Sex-Crimes As Long As They’re Against Illegals. Grant Shapps Accused Of Editing Wikipedia Pages Of Political Rivals. Who is Grant Shapps? 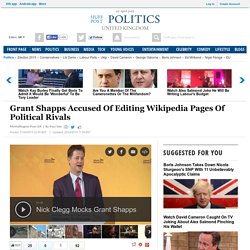 The Conservative Party chairman, who earlier in the year was unmasked as "get rich quick" author Michael Green, was accused on Tuesday of having yet another identity -- that of Wikipedia sock puppet Contribsx, who fluffed his own entry and vandalised those of political rivals. Shapps denied the allegation, dismissing the Guardian story as "categorically false" on the BBC. The "Food Babe" Blogger Is Full of Shit. Hari’s campaign last year against the Starbucks Pumpkin Spice Latte drove me to launch my site (don’t fuck with a Bostonian’s Pumpkin-Spice Anything). 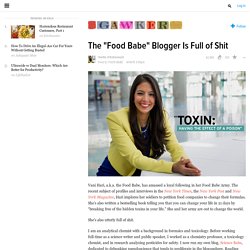 You just made a huge fan out of me. You had this lady calling them toxic waste and others still saying that it is a sign of someone being basic or whatever. Allah flyers put up in Cardiff tell Muslims not to vote - BBC News. Life term for 13-year-old boy over woman's punch murder - BBC News. A 13-year-old boy has been given a life sentence, with a minimum tariff of 12 years, for murdering a woman by punching her then stamping on her face. 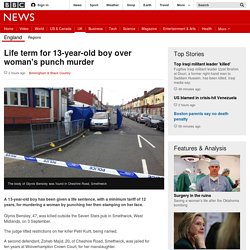 Glynis Bensley, 47, was killed outside the Seven Stars pub in Smethwick, West Midlands, on 3 September. The judge lifted restrictions on her killer Petri Kurti, being named. A second defendant, Zoheb Majid, 20, of Cheshire Road, Smethwick, was jailed for ten years at Wolverhampton Crown Court, for her manslaughter. Migrants killed in 'religious clash' on Mediterranean boat - BBC News. Italian police say they have arrested 15 Muslim migrants after they allegedly threw 12 Christians overboard following a row on a boat heading to Italy. 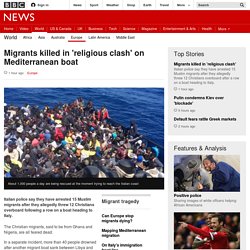 The Christian migrants, said to be from Ghana and Nigeria, are all feared dead. In a separate incident, more than 40 people drowned after another migrant boat sank between Libya and Italy. Almost 10,000 migrants trying to cross the Mediterranean have been rescued in recent days. Passenger 'blocks' police in high-speed car chase in Birmingham - BBC News. Anjem Choudary Tells Muslims Not To Vote At Faceoff With EDL And Britain First. Radical cleric Anjem Choudary told Muslims on Friday not to vote in the General Election on 7 May, claiming it is "strictly forbidden" in Islam. 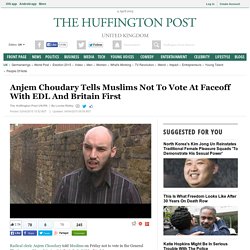 The fringe Muslim cleric, who supports the implementation of Sharia Law in the UK and was arrested last year in connection with terrorism, was at the London Central Mosque where around 100 members of far-right groups Britain First and the English Defence League chanted and waved banners against Islam. The protesters had to be held back by police as they campaigned against Choudary and clashed with Muslims attending afternoon prayers. The Press Association reported that Choudary - often dubbed a hate preacher - was attending worship, but many tweeters reported that he was running his own publicised protest and is not allowed into the mosque.

Photo courtesy of Jon Scammell and Ruptly Speaking outside, Choudary told Muslims not to vote at the forthcoming election.