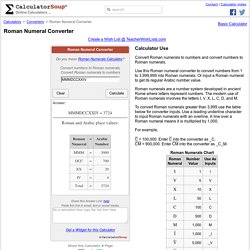 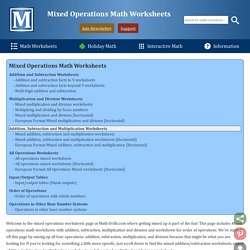 Once students are fairly comfortable with worksheets that only challenge them to use one operation, they might get slightly complacent about paying attention to the operation being used. Most Popular Mixed Operations Math Worksheets this Week Addition and Subtraction Worksheets Multi-Digit addition and subtraction. Subtraction Games - Bleepy's Gifts - Fun4theBrain Math Games. Make Learning Fun. 99Math. Matemaatika iseseisev harjutamine. Interactive clock. Introduction The clock for learning time has movable hands. 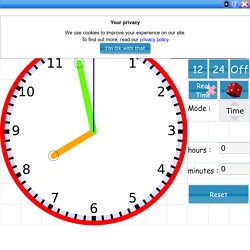 It has three main modes, the first demonstrates how to tell the time using an analogue clock. The second mode uses the the clock hands as a way of learning angles. The third mode uses the clock as a way to help understand fractions. The clocked can be altered to change colors and its overall styling. Common Controls The controls above the mode selector are always displayed. The clock can be used to display the current time (based on the clock of the computer you are using). When the clock is not showing the actual real time, then small handles appear at the end of the hands, these and dragged into position. Time mode controls. First select time mode, below are a set of controls. So a brief example of how to use them would be click random time. Angles mode Clocks have always been a useful way to teach about angles. In angles mode you will now see a protractor button click it to toggle the display of the protractor. Fractions mode. Interactive Thermometer.

Õpime kella tundma. Math till 20. Connect the Dots. ABCya is the leader in free educational computer games and mobile apps for kids. 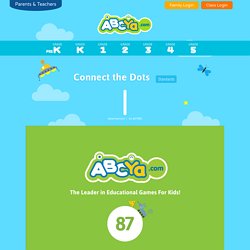 The innovation of a grade school teacher, ABCya is an award-winning destination for elementary students that offers hundreds of fun, engaging learning activities. Millions of kids, parents, and teachers visit ABCya.com each month, playing over 1 billion games last year. Apple, The New York Times, USA Today, Parents Magazine and Scholastic, to name just a few, have featured ABCya’s popular educational games. ABCya’s award-winning Preschool computer games and apps are conceived and realized under the direction of a certified technology education teacher, and have been trusted by parents and teachers for ten years. 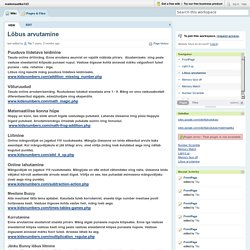