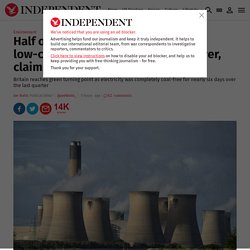 The research from energy company Drax, which operates a biomass power station, found electricity from low-emission sources had peaked at 50.2 per cent between July and September. It comes after the Government announced plans that would see Britain's coal-fired power stations probably close by 2025. Play Video Close This is a modal window. 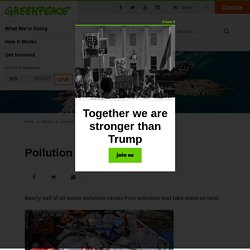 Greenpeace visits the ports of Rotterdam to hold a major Clean Up. 11 ways climate change affects the world. Shattered records show climate change is an emergency today, scientists warn. May was the 13th month in a row to break temperature records according to figures published this week that are the latest in 2016’s string of incredible climate records which scientists have described as a bombshell and an emergency. 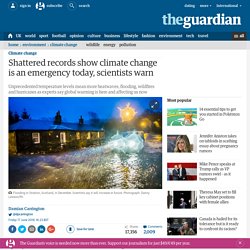 The series of smashed global records, particularly the extraordinary heat in February and March, has provoked a stunned reaction from climate scientists, who are warning that climate change has reached unprecedented levels and is no longer only a threat for the future. Alongside the soaring temperatures, other records have tumbled around the world, from vanishing Arctic sea ice to a searing drought in India and the vast bleaching of the Great Barrier Reef. The UK has experienced record flooding that has devastated communities across the country and scientists predict that the flash floods seen by parts of the country in recent days will increase in future. But the spikes in global surface temperatures in recent months have been anything but stable.