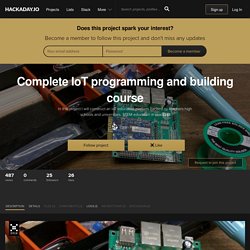 The State of JS Build Tools 2015. I’ve recently been looking at JavaScript build tools because I am starting a project in AngularJS. 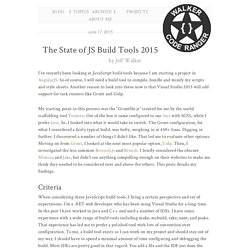 So of course, I will need a build tool to compile, bundle and minify my scripts and style sheets. Another reason to look into these now is that Visual Studio 2015 will add support for task runners like Grunt and Gulp. My starting point in this process was the “Gruntfile.js” created for me by the useful scaffolding tool Yeoman. Introducing Candidate Search for Employers. Hire Top Tech Talent from Across the Nation Today we are excited to launch 500 Miles for Employers. 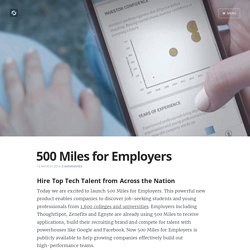 This powerful new product enables companies to discover job-seeking students and young professionals from 1,600 colleges and universities. Employers including ThoughtSpot, Zenefits and Egnyte are already using 500 Miles to receive applications, build their recruiting brand and compete for talent with powerhouses like Google and Facebook. Insightful Interaction. Hacker Typer. Thanksgiving myth: Native Americans weren’t passive and land-bound. They were masters of the Atlantic. Courtesy of the John Carter Brown Library at Brown University This article, originally published on Nov. 14, 2015, was adapted from The Saltwater Frontier: Indians and the Contest for the American Coast. 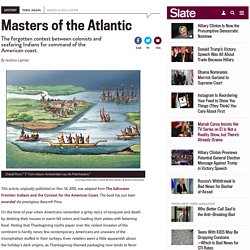 16 Resume Buzzwords That Are a Waste of Space - StartupCVs Blog. Getting your CV right is absolutely crucial when you want to get a job. 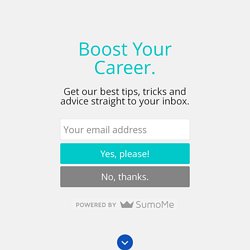 It’s the first thing recruiters will see from you, and if they don’t like it, you won’t get a second chance. With that in mind, here are some common resume buzzwords to avoid. 1. Highly qualified/Experienced/Expert. How I Built 180 Websites in 180 days and became a YC Fellowship Founder. I’m a technical founder of a startup in Y Combinator Fellowship W16. 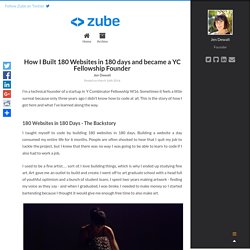 Sometimes it feels a little surreal because only three years ago I didn’t know how to code at all. This is the story of how I got here and what I’ve learned along the way. 180 Websites in 180 Days - The Backstory I taught myself to code by building 180 websites in 180 days. Blog — Introducing 30 Games Coming to Oculus on March 28. Jobs. The Code Academy Legacy. I’ve always thought that if Code Academy ended on the first day, and all it did was introduce me to 30 other smart, motivated, and slightly crazy individuals with similar interests it would have already been worth the price of admission. 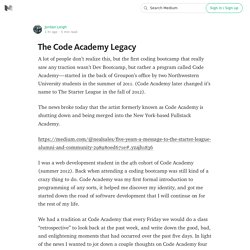 The biggest achievement of the coding bootcamp is to take something that would otherwise be isolating, scary and frustrating and make it fun, social and approachable. That was the key to everything, after you got people together like that what you formally taught them was just gravy, at least initially. Code Academy gave me the context to understand what a true disruptive movement looks and feels like. How to Use Google as a Proxy Server. You can use various Google services as proxies to access web pages, documents and other files that are other blocked at your workplace. 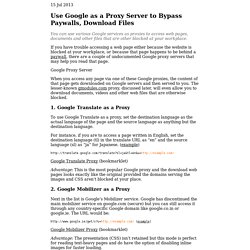 If you have trouble accessing a web page either because the website is blocked at your workplace, or because that page happens to be behind a paywall, there are a couple of undocumented Google proxy servers that may help you read that page. When you access any page via one of these Google proxies, the content of that page gets downloaded on Google servers and then served to you. The lesser-known gmodules.com proxy, discussed later, will even allow you to download documents, videos and other web files that are otherwise blocked. 21 Inc’s Bitcoin Vision Becomes Clearer With Announcement of Ping21. 21 Inc has announced the launch of ping21, a service that allows users to check the uptime or latency of any given website from Bitcoin Computers on the 21 network. 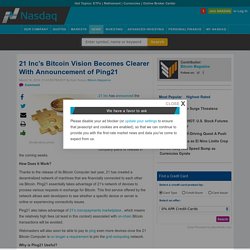 This is the first release in a series of projects related to the Internet of Things that the company plans to release in the coming weeks. How Does It Work? Thanks to the release of its Bitcoin Computer last year, 21 has created a decentralized network of machines that are financially connected to each other via Bitcoin. Ping21 essentially takes advantage of 21's network of devices to process various requests in exchange for Bitcoin. 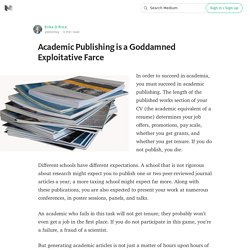 VIDEO: What’s Wrong with US Manufacturing in Four Graphs. We’ve all seen the stats. Manufacturing in the US is in trouble. That’s not news, but with the incessant 24-hour news cycle of Trump, Cruz, Rubio, Clinton and Sanders, we’re hearing a lot more about the state of manufacturing in America. US manufacturing production growth oscillates month-to-month, but there’s a clear downward trend toward zero.

This flies in the face of multiple assertions about the renewed productivity and increasing competitiveness of the American manufacturing workforce. What’s Next in Computing? — Software Is Eating the World. What’s Next in Computing? The computing industry progresses in two mostly independent cycles: financial and product cycles. There has been a lot of handwringing lately about where we are in the financial cycle. Financial markets get a lot of attention.

Big data analysis is becoming a necessity for companies to prosper in all industries from agriculture to finance. Large international companies to new startups have been reaching out to bootcamps, immersion, and fellowship programs for qualified professionals. Algorithms: The New Means Of Production. 4 Top Challenges Facing The Banking Industry Right Now. Tor in Google Summer of Code 2016. Shopping Made Personal. GitHub - Ada-Developers-Academy/jump-start: This is Ada Developers Academy Jumpstart program which is intended for anyone who is interested in jump-starting their journey into coding.

Good Posture: Its Importance, Benefits, and How-To. Learn Public Speaking: The Heart-Attack Way. What Data Scientists Do All Day at Work. Demand for data scientists is growing, driven by companies and government agencies that are flooded with data and struggling to make sense of it. But what exactly do data scientists do? Wall Street Journal reporter Deborah Gage spoke with one— Ram Narasimhan, who works at General Electric Co. Predictions made by Ray Kurzweil. Is this year the internet finally learns to see? Initially, the Internet was built for text, and technology has learned how to read at a pretty advanced level.