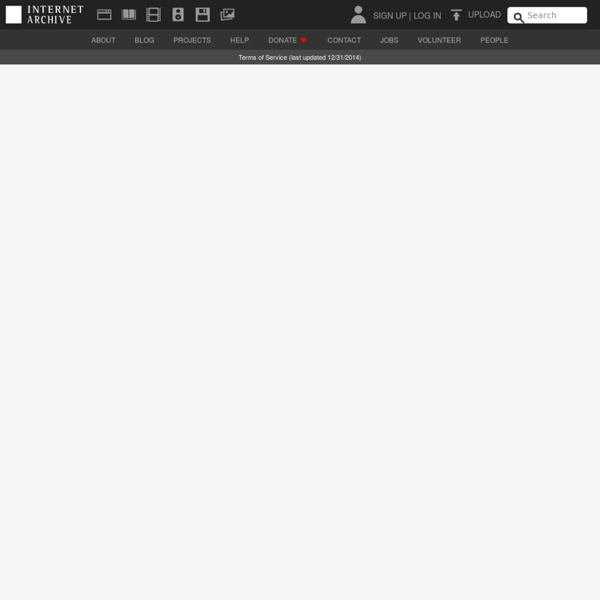 20 best: Goth records ever made - FACT Magazine: Music News, New Music. Words: Kiran Sande It’s June, 1999, or thereabouts. I’m sixteen years of age. I’m in a nightclub for the first, perhaps second time in my life. The queer masculinity of stealth games - Offworld When I reach the bottom of the subway stairs, three men unpeel themselves from the wall and approach me. They’re appallingly tall, larger than me in all respects, their shoulders hulking around their ears. Words are exchanged; I don’t quite remember what they were. I wait for threats, demands for my money, hate speech, but none of it comes. They just want to be vaguely intimidating, needling me toward some unknown outcome.

Beyond Management: Considering Participatory Design and Governance in Player Culture T.L. Taylor Abstract 12 Sweet Valentine's Day Games for Every Age Valentine’s Day is a day for love and romance. But who says it can’t be spent playing games with friends, family, or your sweetheart? From kids’ parties to adult get-togethers to texting with a friend across the country, check out these enjoyable Valentine’s Day games. Many schools and daycare facilities like to celebrate Valentine’s Day with a fun party for the kids.

Video Games For Grown-ups The office of Funomena, a small video-game company based in San Francisco's SOMA district, has all the creativity-enhancing knickknacks you expect in a Bay Area startup: clumps of clay, hydrophilic sand, a Lego mermaid, and what cofounder Robin Hunicke describes as other "stupid things we fiddle with." The idea is to set an atmosphere that's "more like a Montessori school than a game development studio," she says. That makes sense: Funomena isn't like most other game companies.

Adventure Time <img class="aligncenter size-large wp-image-2020" alt="Finn The Human - Adventure Time - Papercraft" src=" width="640" height="578" />Download Template : Finn The Human – Template Photo by : hklovesbobaFinn (full title: Finn the Human, known as Finn Mertens in the Farmworld timeline and formerly as Pen in the original short) is the main protagonist of the series Adventure Time.As shown in “Memories of Boom Boom Mountain,” Finn appears to have been abandoned in the woods during infancy. He reveals that he made “boom boom” (Finn’s word for defecation) on a large leaf, fell on it, and lay there crying until Joshua and Margaret (Jake’s parents) rescued him from the wilderness to raise him alongside Jake, who becomes like a brother to him (as such, Jermaine is also Finn’s adoptive brother). In “Memory of a Memory,” a baby Finn is seen singing a song in the bathroom of what appears to be Joshua and Margaret’s house.

braid-ending-explained-by-jonathan-blow Jonathan Blow has explained the rationale behind some of Braid's ending and story. The creator of the indie platformer talked about the game's closing chapter during a director commentary session at Nottingham's GameCity festival. Blow said that the design of the epilogue was meant to show that the world was "falling apart" and explained why the text books were hidden from the player. "The epilogue, which I neglected to talk about [earlier this evening], actually has puzzles in it. But they're puzzles that are not connected to rewards, there're just things that you can just notice.

Wither Mario Factory? The Role of Tools in Constructing (Co)Creative Possibilities on Video Game Consoles – Casey O'Donnell Games and Culture Cover Abstract: This article examines the role that game development tools have in the design and creation of video games. It does so through the lens of a series of patents by Nintendo that outlined the technological foundations for a truly (co)creative production platform for games. The Best Augmented Reality Games for Android and iOS Augmented reality (AR) brings a new element of fun to games. And to experience it, you don’t need any special hardware. All you need is a smartphone with a camera. There’s an abundance of AR games you can download from the app store.

Learning and teaching through Minecraft Learning and teaching through Minecraft Kids will always learn in their own world, where they are comfortable, where they know the rules, and where they can experiment. When I was a kid, I could tell you more about Pokémon or Neopets than most subjects in school.Today, for many kids, this world is Minecraft, a game about building, designing, and creating. Free Personality Test Members Login Log in to your account below: Enter your e-mail address to receive a reset link. Forgot password? Ridealong: The Underground Fight Clubs Of Dark Souls III When Dingle arrives at the circular ruins outside the old church, the first thing he sees is a man in a crown, holding a flaming torch – it is the man he must kill. But the crowned man shows no fear, he simply waves and beckons him over. Dingle is curious. He approaches with caution and looks into the grassy arena below, where he sees two dark spirits – red phantoms like himself – taking swings at each other.

The Ten Most Important Video Game Patents [EDITOR'S NOTE: While patents are still a controversial subject in the game industry, we still think it's important that Gamasutra covers them. If you have an opinion on any of the patents or ideas for both hardware and software described in this piece, please submit a Letter To The Editor with your points of view and we'll reprint them.] When the editors at Gamasutra asked us to prepare a list of the top ten video game patents, we initially thought "Hey, no problem, that will be easy." As we’ve dug into this in a little more detail, we realized that what we signed up for was no easy task, because there are quite a few issues that make it difficult to simply whip up a list of the top 10 video game patents.