10 of the best things to do in St Petersburg. The Hermitage museum: 20/21 project Founded in 1754 by Catherine the Great, the Hermitage is one of the world’s oldest museums and has the largest collection of paintings in the world, as well as classical antiquities and decorative art. 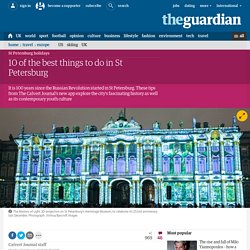 It came screaming into the 21st century when the new contemporary art wing, in the beautifully arched General Staff Building, was completed in 2014. The big staircase, flooded with light from the glass ceiling, is an attraction in itself, and the exhibition programme, curated by Dmitry Ozerkov to showcase 21st-century art, has featured the likes of Antony Gormley, Chapman Brothers, Chuck Close and the most prominent contemporary artists from Britain, the US and France.• 8 Dvortsovaya Square, hermitagemuseum.org. Hiking in the Gorges du Verdon. 3 Classic Day Hikes in the Gorges du Verdon. 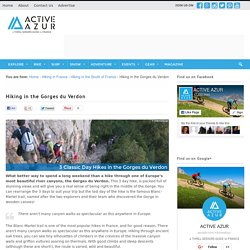 To solve travel stress, couples should vacation together but fly alone. Andresr/Thinkstock It started when Billy Budd got put on the no-fly list. 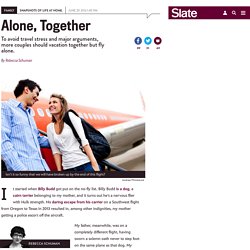 Billy Budd is a dog, a cairn terrier belonging to my mother, and it turns out he’s a nervous flier with Hulk strength. His daring escape from his carrier on a Southwest flight from Oregon to Texas in 2013 resulted in, among other indignities, my mother getting a police escort off the aircraft. My father, meanwhile, was on a completely different flight, having sworn a solemn oath never to step foot on the same plane as that dog. Zanzibar Guide. Separated from the mainland by a channel only 35 km (22 miles) wide, and only 6 degrees south of the equator, this tiny archipelago—the name Zanzibar also includes the islands of Unguja (the main island) and Pemba—in the Indian Ocean was the launching base for a romantic era of expeditions into Africa. 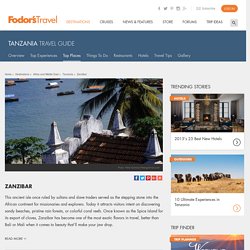 Sir Richard Burton and John Hanning Speke used it as their base when searching for the source of the Nile. It was in Zanzibar where journalist Henry Morton Stanley, perched in an upstairs room overlooking the Stone Town harbor, began his search for David Livingstone. The first ships to enter the archipelago's harbors are believed to have sailed in around 600 BC.

Since then, every great navy in the Eastern Hemisphere has dropped anchor here at one time or another. But it was Arab traders who left an indelible mark. 19 incredible road trips in Europe to add to your bucket list. From Italy to Norway, Europe has many incredible road trips to explore. 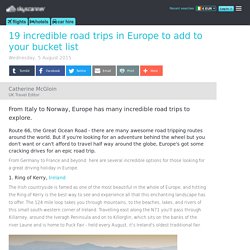 Route 66, the Great Ocean Road - there are many awesome road tripping routes around the world. But if you're looking for an adventure behind the wheel but you don't want or can't afford to travel half way around the globe, Europe's got some cracking drives for an epic road trip. From Germany to France and beyond: here are several incredible options for those looking for a great driving holiday in Europe. 1. Best-hand-luggage-bags-7-great-airline-carry-bags-reviewed?_ga=1.226228186.1173844292. 7 of the best carry-on hand-luggage bags reviewed by Skyscanner With more and more airlines charging for check-in bags, you need to travel light (read our tips on how to pack with hand luggage only). 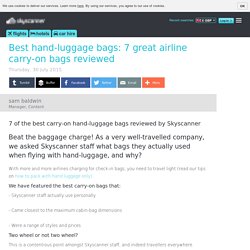 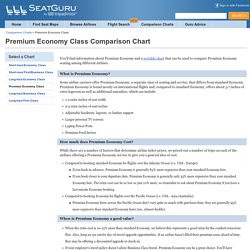 Some airline carriers offer Premium Economy, a separate class of seating and service, that differs from standard Economy. Premium Economy is found mostly on international flights and, compared to standard Economy, offers about 5-7 inches of extra legroom as well as additional amenities, which can include: 1-2 extra inches of seat width 2-3 extra inches of seat recline Adjustable headrests, legrests, or lumbar support Larger personal TV screens Laptop Power Ports Premium Food Service While there are a number of factors that determine airline ticket prices, we priced out a number of trips on each of the airlines offering a Premium Economy service to give you a general idea of cost.

Compared to booking standard Economy for flights over the Atlantic Ocean (i.e. Clifden Connemara Hotel. The Ardagh Hotel is a privately owned and managed boutique hotel with 20 modern and cosy rooms, an award-winning restaurant serving the finest locally caught seafood and Irish produce, and provides some of the most serene and stunning views of the Irish Atlantic and Connemara landscape. 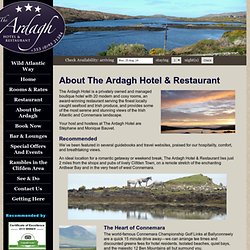 Ode to the Classic Bistro. PARIS — It is a question I have come to dread: Can you recommend the perfect bistro? 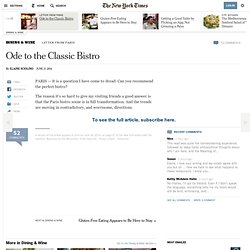 The reason it’s so hard to give my visiting friends a good answer is that the Paris bistro scene is in full transformation. And the trends are moving in contradictory, and worrisome, directions. On one hand, there’s a lot of really bad bistro food these days: dishes like onion soup and blanquette de veau that are mass-produced at large industrial sites, shipped to kitchens and reheated just before serving. 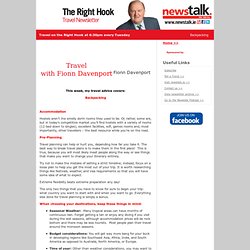