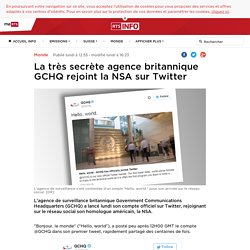 What does GCHQ know about our devices that we don't? While the initial disclosures by Edward Snowden revealed how US authorities are conducting mass surveillance on the world's communications, further reporting by the Guardian newspaper uncovered that UK intelligence services were just as involved in this global spying apparatus. 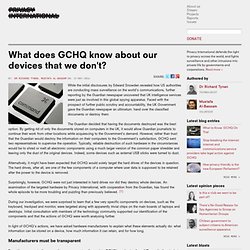 Faced with the prospect of further public scrutiny and accountability, the UK Government gave the Guardian newspaper an ultimatum: hand over the classified documents or destroy them. The Guardian decided that having the documents destroyed was the best option. By getting rid of only the documents stored on computers in the UK, it would allow Guardian journalists to continue their work from other locations while acquiescing to the Government's demand.

GCHQ's dirty-tricking psyops groups: infiltrating, disrupting and discrediting political and protest groups. In a piece on the new Omidyar-funded news-site "The Intercept," Glenn Greenwald pulls together the recent Snowden leaks about the NSA's psyops programs, through which they sought to attack, undermine, and dirty-trick participants in Anonymous and Occupy. 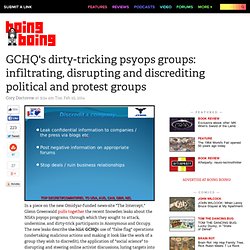 The new leaks describe the NSA' GCHQs use of "false flag" operations (undertaking malicious actions and making it look like the work of a group they wish to discredit), the application of "social science" to disrupting and steering online activist discussions, luring targets into compromising sexual situations, deploying malicious software, and posting lies about targets in order to discredit them. The UK spy agency GCHQ operates a programme, called the "Human Science Operations Cell," whose remit is "strategic influence and disruption. " Some of the slides suggest pretty dubious "social science" (see below) -- they read like a mix between NLP hucksters and desperate Pick Up Artist losers.

Huge swath of GCHQ mass surveillance is illegal, says top lawyer. GCHQ's mass surveillance spying programmes are probably illegal and have been signed off by ministers in breach of human rights and surveillance laws, according to a hard-hitting legal opinion that has been provided to MPs. 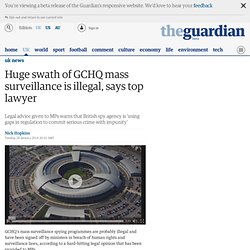 The advice warns that Britain's principal surveillance law is too vague and is almost certainly being interpreted to allow the agency to conduct surveillance that flouts privacy safeguards set out in the European convention on human rights (ECHR). The inadequacies, it says, have created a situation where GCHQ staff are potentially able to rely "on the gaps in the current statutory framework to commit serious crime with impunity". At its most extreme, the advice raises issues about the possible vulnerability of staff at GCHQ if it could be proved that intelligence used for US drone strikes against "non-combatants" had been passed on or supplied by the British before being used in a missile attack. Such surveillance may also be a breach of the ECHR, it adds. The NSA/GCHQ metadata reassurances are breathtakingly cynical.

Part of Ethan Zuckerman's network diagram that highlights the 100 people with whom he communicated most. Over the past two weeks, I have lost count of the number of officials and government ministers who, when challenged about internet surveillance by GCHQ and the NSA, try to reassure their citizens by saying that the spooks are "only" collecting metadata, not "content". Only two conclusions are possible from this: either the relevant spokespersons are unbelievably dumb or they are displaying a breathtaking contempt for their citizenry. In a way, it doesn't matter which conclusion one draws.

The fact is that, as I argued two weeks ago, the metadata is what the spooks want for the simple reason that it's machine-readable and therefore searchable. MI5 feared GCHQ went 'too far' over phone and internet monitoring. Senior figures inside British intelligence have been alarmed by GCHQ's secret decision to tap into transatlantic cables in order to engage in the bulk interception of phone calls and internet traffic. 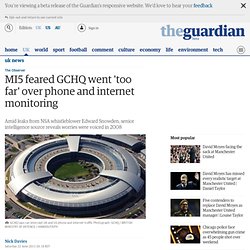 According to one source who has been directly involved in GCHQ operations, concerns were expressed when the project was being discussed internally in 2008: "We felt we were starting to overstep the mark with some of it. People from MI5 were complaining that they were going too far from a civil liberties perspective … We all had reservations about it, because we all thought: 'If this was used against us, we wouldn't stand a chance'. " Government Communications Headquarters. Un article de Wikipédia, l'encyclopédie libre. 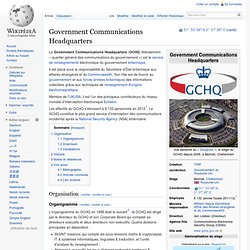