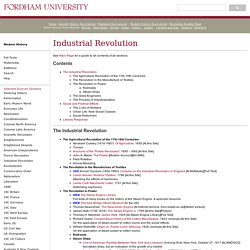 The textile industry, in particular, was transformed by industrialization. 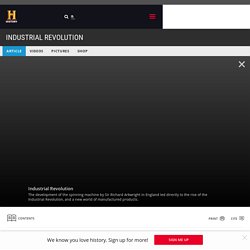 By the time of Hargreaves’ death, there were over 20,000 spinning jennys in use across Britain. Developments in the iron industry also played a central role in the Industrial Revolution. History of Iron Bridge. A curious construction "It is one arch, a hundred feet broad, fifty-two high, and eighteen wide; all of cast-iron, weighing many hundred tons. 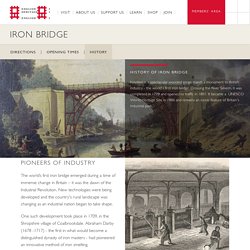 I doubt whether the Colossus at Rhodes weighed much more. " - John Wesley, 1779 (Anglican cleric and theologian). Although Darby commissioned many paintings and engravings of the finished bridge, a lack of images or eye witness accounts meant that for over 200 years, little was known of exactly how Darby managed to erect this almost 400 ton structure. But in 1997, a small watercolour sketch by Elias Martin, which illustrated the building of the bridge was discovered in a Stockholm museum. This exciting find, along with recent research, revealed much about the building process. While Darby's accounts do suggest the use of scaffold poles, timber and rope during construction, Martin's painting shows a wooden framework used to raise the half-ribs from the deck of a vessel. 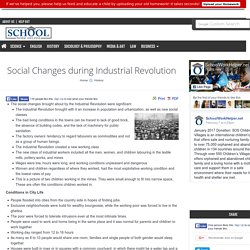 The factory owners’ tendency to regard labourers as commodities and not as a group of human beings.The Industrial Revolution created a new working classThe new class of industrial workers included all the men, women, and children labouring in the textile mills, pottery works, and minesWages were low, hours were long, and working conditions unpleasant and dangerousWomen and children regardless of where they worked, had the most exploitative working condition and the lowest rates of pay.This is a picture of two children working in the mines. They were small enough to fit into narrow space.

These are often the conditions children worked in. St. Web Links - The Industrial Revolution. Victorian Britain.