The Neuroscientist. A Combined Treatment Approach for Adults With ADHD—Results of an Open Study of 43 Patients. Acquired Alexia With Agraphia Syndrome in Childhood. A Dissociation Between Linguistic and Communicative Abilities in the Human Brain. Assessing everyday memory in patients with perceptual deficits. Attention-Deficit Disorders and Epilepsy in Childhood: Incidence, Causative Relations and Treatment Possibilities. Rami Kaufmann, MD Hadassa Goldberg-Stern, MD Avinoam Shuper, MD At least 20% of children with epilepsy have clinical attention-deficit hyperactivity disorder (ADHD) compared to 3% to 7% of the general pediatric population. 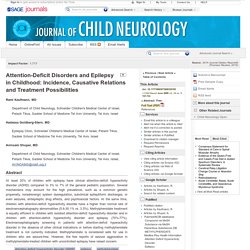 Several mechanisms may account for the high prevalence, such as a common genetic propensity, noradrenergic system dysregulation, subclinical epileptiform discharges, or even seizures, antiepileptic drug effects, and psychosocial factors. At the same time, children with attention-deficit hyperactivity disorder have a higher than normal rate of electroencephalography abnormalities (5.6-30.1% vs. 3.5%). 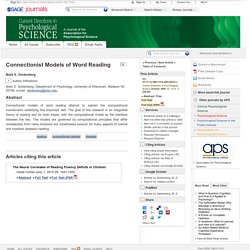 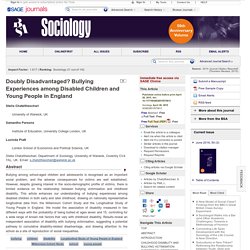 However, despite growing interest in the socio-demographic profile of victims, there is limited evidence on the relationship between bullying victimisation and childhood disability. This article enhances our understanding of bullying experiences among disabled children in both early and later childhood, drawing on nationally representative longitudinal data from the Millennium Cohort Study and the Longitudinal Study of Young People in England. We model the association of disability measured in two different ways with the probability of being bullied at ages seven and 15, controlling for a wide range of known risk factors that vary with childhood disability. Introduction Bullying has detrimental consequences. Ending the Reading Wars: Reading Acquisition From Novice to Expert - Anne Castles, Kathleen Rastle, Kate Nation, 2018. 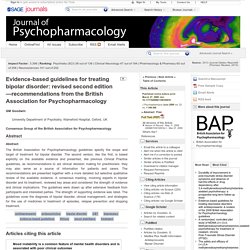 The second version, like the first, is based explicitly on the available evidence and presented, like previous Clinical Practice guidelines, as recommendations to aid clinical decision making for practitioners: they may also serve as a source of information for patients and carers. The recommendations are presented together with a more detailed but selective qualitative review of the available evidence. 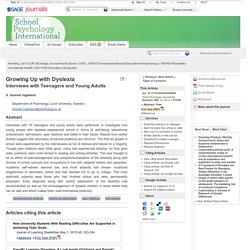 Results from earlier studies suggest that secondary emotional problems are common. The first six grades in school were experienced by the interviewees as full of distress and failure for a majority. Though peer relations were often good, many had experienced bullying. Imaging Brain Development: Benefiting from Individual VariabilityS. Multi-Agent Simulations of the Evolution of Combinatorial Phonology. Orton-Gillingham and Orton-Gillingham—Based Reading Instruction. A Review of the Literature Abstract Orton-Gillingham (OG) and Orton-Gillingham—based reading instructional programs are commonly implemented reading programs in the United States. 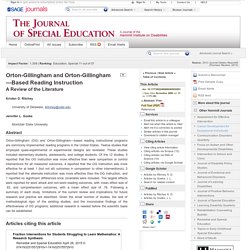 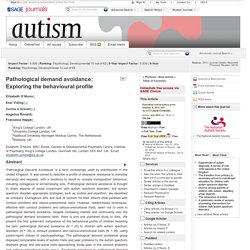 Email: elizabeth.onions@kcl.ac.uk Abstract ‘Pathological Demand Avoidance’ is a term increasingly used by practitioners in the United Kingdom. It was coined to describe a profile of obsessive resistance to everyday demands and requests, with a tendency to resort to ‘socially manipulative’ behaviour, including outrageous or embarrassing acts. Pathological demand avoidance: Exploring the behavioural profile pdf. Phonology and Access to Chinese Character Meaning. Lingyue Kong⇑ John Xuexin Zhang Address correspondence to Lingyue Kong, International College for Chinese Language Studies, Peking University, China or e-mail (lingyue@pku.edu.cn) One of the central concerns in theories of reading skills is the role of phonology in access to word meaning. 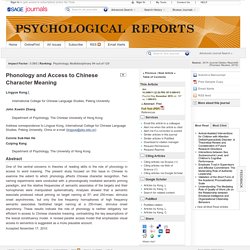 The present study focused on this issue in Chinese to examine the extent to which phonology affects Chinese character recognition. Two naming experiments were conducted with a phonologically mediated semantic priming paradigm, and the relative frequencies of semantic associates of the targets and their homophones were manipulated systematically. Analyses showed that a semantic associate produced robust priming on target naming at 57- and 250-msec. stimulus onset asynchronies, but only the low frequency homophones of high frequency semantic associates facilitated target naming at a 250-msec. stimulus onset asynchrony. Speech Processing to Improve the Perception of Speech in Background Noise for Children With Auditory Processing Disorder and Typically Developing Peers.

Speed of Language Comprehension is Impaired in ADHD. The Influence of Family History on Reading Remediation and Reading Skills in Children With Dyslexia. The Predictive Brain State: Asynchrony in Disorders of Attention? The Validity of a Battery of Phonemic and Orthographic Awareness Tasks for Adults With and Without Dyslexia and Attention Deficit/Hyperactivity Disorder. Understanding Dyslexia Through Personalized Large-Scale Computational Models - Conrad Perry, Marco Zorzi, Johannes C. Ziegler, 2019. WWW support for nursing students with dyslexia and their tutors.