World Bank to invest $200bn to combat climate change. The World Bank is to make about $200bn (£157bn) available to fund action on climate change from 2021-25, helping countries adapt to the effects of warming and reduce greenhouse gas emissions. 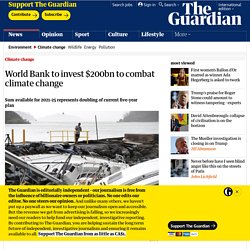 The sum represents a doubling of the five-year investment plan put in place after the landmark Paris agreement of 2015. Governments will meet in Poland this week and next to thrash out an implementation plan for the Paris accord, which binds countries to hold global warming to no more than 2C above pre-industrial levels, with an aspiration of a 1.5C limit. Reports have shown the dangers of extreme weather if warming reaches 1.5C, and the need for governments to more than triple their efforts if these goals are to be maintained. Structural Adjustment Program. (October 1988) More than 200 people killed in rioting against the high prices and unemployment in wake of SAP. 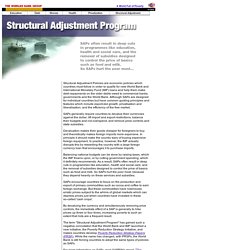 (January-June 1989) University of Cotonou students strike, paralyzing institution for six months, in protest of non-payment of grants for several months and the government's intention to stop paying them altogether in 1989 as part of SAP reforms. Teachers strike begins in April, with demands for payment of four months' salary arrears, the withdrawal of the 50% reduction in their salaries (part of IMF mandates), the unconditional liberation of all teachers, pupils, and students held during the strike and the reintegration of 401 teachers dismissed in March for striking. (March 1985) General strike called by labor unions, with the support of many agricultural workers, against government's sharp increase in food and gasoline prices as part of its IMF-designed SAP.

(March 1987) Students in Quito clash with riot policemen during protests against government's SAP. How the World Bank keeps poor nations poor. What is the point of the World Bank? 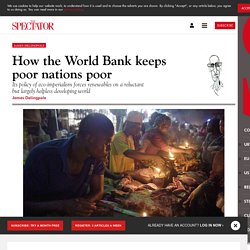 You probably think of it, if at all, as a benign institution, a kind of giant, multilateral aid agency, whose job it is to bring liquidity to developing nations and help them grow out of poverty. Until not so long ago, that was indeed its function. Created alongside the International Monetary Fund at the 1944 Bretton Woods Conference, the bank did sterling work in its early years helping countries like France recover from the war; and later, giving mostly third world countries the vital seed money needed to help attract investors to risky capital projects. Its multiplier effect on investment can be extraordinary. In 2013, the World Bank gave Kosovo $40 million towards building a lignite power station. Amazing. Here is Nigeria’s Minister of Finance, Kemi Adeosun: ‘We want to build a coal power plant because we are a country blessed with coal, yet we have a power problem.

She’s dead right it’s not fair. How did this madness happen? The World Bank and the IMF won't admit their policies are the problem. We hear you, poor people. 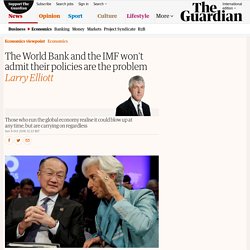 The authors of “Poverty in a Rising Africa” [1] also put this statistical increase down to insufficient data concerning Sub-Saharan Africa. 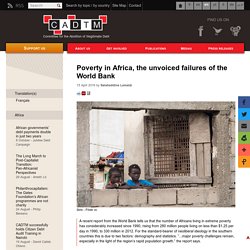 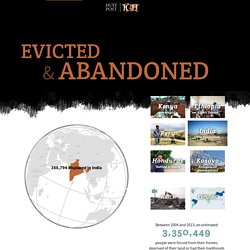 History of the World Bank. The Maldives: A Development Success Story. Solution The World Bank Group’s strategy in the Maldives supports the government’s Strategic Action Plan 2009-2013 (SAP), the national planning document that guides the development processes, works as an instrument of budget allocation, and serves as a mechanism of accountability to the citizens. 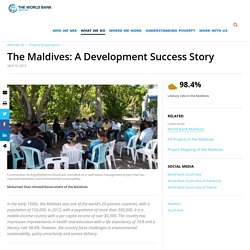 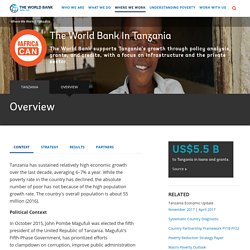 Key sectors supported by WB projects include transport/ICT (28%), social, urban, rural development (22%), energy (9%), education (8%), social protection (9%), water/sanitation (5%), health/nutrition (5%) and agriculture, finance/markets, trade, governance, and environment/natural resources, which make up about 1-2% of the portfolio for each area. Tanzania also participates in five regional projects supporting transport, energy, environment, health education, with a total commitment amount of $393 million. In March 2018, the WB Board of Executive Directors endorsed the new Tanzania Country Partnership Framework 2018-2022 (CPF). The CPF is informed by extensive consultations with a wide range of stakeholders as well as a country opinion survey.

Knowledge Products. What Does The World Bank Actually Do?