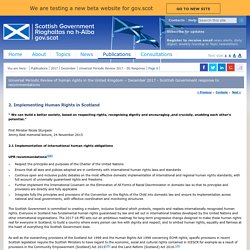 Implementing Human Rights in Scotland “ We can build a better society, based on respecting rights, recognising dignity and encouraging ,and crucially, enabling each other’s potential.” First Minister Nicola Sturgeon Jimmy Reid memorial lecture, 24 November 2015 2.1 Implementation of international human rights obligations UPR recommendations[24] The Scottish Government is committed to creating a modern, inclusive Scotland which protects, respects and realises internationally recognised human rights. As well as the overarching provisions of the Scotland Act 1998 and the Human Rights Act 1998 concerning ECHR rights, specific provisions in recent Scottish legislation require the Scottish Ministers to have regard to the economic, social and cultural rights contained in ICESCR for example as a result of provisions in the Community Empowerment (Scotland) Act 2015[25] and the Land Reform (Scotland) Act 2016.[26] 2.2 UK withdrawal from the European Union UPR recommendations[27]

Plea made for wards of court to have more say. Human Rights in Ireland – Page 2 – www.humanrights.ie. By Mairead Enright. 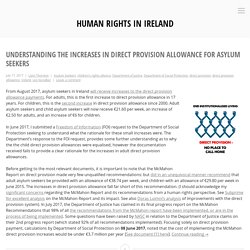 (@maireadenright) In Ireland, the abortion debate is often conducted by reference to Britain. Conservatives associate the Abortion Act 1967 with the bogeyman of ‘abortion on demand’. In the struggle to ‘be different from Britain’, we perhaps miss some of our commonalities with other countries which have taken a similar route to regulating abortion.

Ireland is unusual in ‘writing abortion into the Constitution’, but it is not alone. The most common is a broad assertion that the right to life begins at conception or before birth: Czech Republic, Slovak Republic, Hungary, Dominican Republic, Ecuador, El Salvador, Guatemala, and Paraguay. What have the results been? A constitutional abortion provision is generally a mark of restrictive abortion laws. However, not all of these countries have such restrictive abortion laws. That said, foetal life provisions are malleable, as are all constitutional rights. Human Rights in Ireland – Page 2 – www.humanrights.ie. The Leader in Refugee Decision Support. Cedaw. Cedaw. Titled. Ihrec report executive summary ireland and the international covenant on economic social and cultural rights. 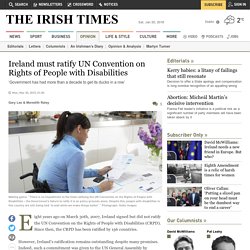 Since then, the CRPD has been ratified by 156 countries. However, Ireland’s ratification remains outstanding despite many promises. Indeed, such a commitment was given to the UN General Assembly by Ireland’s Permanent Representative by way of letter dated April 13th, 2012, as part of Ireland’s successful campaign for election to the Human Rights Council. The Irish Government continues to say that it cannot ratify the CRPD until it is in compliance with it. Specifically, it cites article 12 of the convention (equal recognition before the law), contending that it must pass new capacity legislation first. 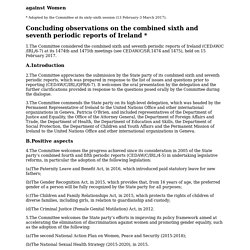 A.Introduction 2.The Committee appreciates the submission by the State party of its combined sixth and seventh periodic reports, which was prepared in response to the list of issues and questions prior to reporting (CEDAW/C/IRL/QPR/6-7). It welcomes the oral presentation by the delegation and the further clarifications provided in response to the questions posed orally by the Committee during the dialogue. B.Positive aspects 4.The Committee welcomes the progress achieved since its consideration in 2005 of the State party’s combined fourth and fifth periodic reports (CEDAW/C/IRL/4-5) in undertaking legislative reforms, in particular the adoption of the following legislation: C.Parliament Reservations 9. 11.