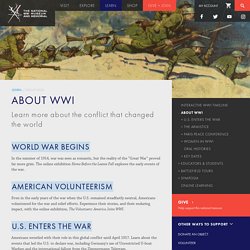 The online exhibition Home Before the Leaves Fall explores the early events of the war. American Volunteerism. What caused World War I and what were its effects? It was known as “The Great War”—a land, air and sea conflict so terrible, it left over 8 million military personnel and 6.6 million civilians dead. 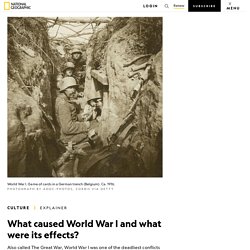 Nearly 60 percent of those who fought died. Even more went missing or were injured. In just four years between 1914 and 1918, World War I changed the face of modern warfare, becoming one of the deadliest conflicts in world history. BBC Bitesize (KS2): How did children help in World War One? YouTube: Life in the Trenches WW1. YouTube: Women in WWI: Did the First World War transform women's lives? World War One - KS3 History - BBC Bitesize. Australian War Memorial. BBC - iWonder - World War One: The global conflict that defined a century. BBC - How World War One was a watershed for women's rights. BBC Bitesize: Women's roles on the Home Front. British Library: World War One. History on the Net: World War 1 - A Comprehensive Overview of the Great War. World War 1 inflicted hitherto unseen violence on Europe and entangled the entire planet in the conflict—the first time a war was so far reaching. 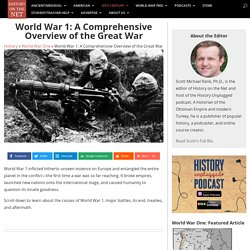 National Archives (UK): Letters from the First World War, part one. Download documents and transcripts Teachers' notes There are 32 letters and 16 photographs in this resource. 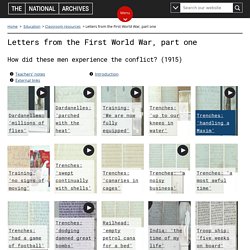 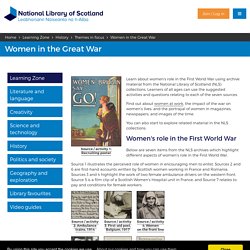 Learners of all ages can use the suggested activities and questions relating to each of the seven sources. Find out about women at work, the impact of the war on women's lives, and the portrayal of women in magazines, newspapers, and images of the time. New York Times: World War I (1914-18) Project Gutenberg: World War I bookshelf. World War I, also known as WWI (abbreviation), the First World War, the Great War, and "The War to End All Wars", was a global military conflict that took place mostly in Europe between 1914 and 1918. 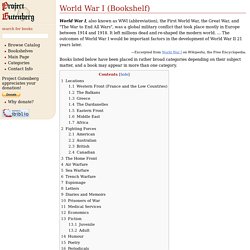 It left millions dead and re-shaped the modern world. ... The outcomes of World War I would be important factors in the development of World War II 21 years later. Public Broadcasting Service Learning Media: World War I. Public Broadcasting Service (USA): Watch The Great War. Part 2 Narrator: On the evening of April 2nd, 1917, President Woodrow Wilson and his wife Edith left the Capitol and headed to the White House. 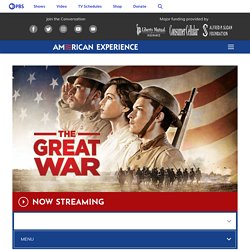 Only moments earlier, Wilson had asked Congress for a declaration of war against Germany. A. Scott Berg, Writer: It was the greatest applause Wilson had heard in his years in office.