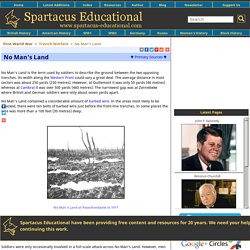 I lined up my platoon and went through the necessary inspection. Some of the men looked terribly ill: grey, worn faces in the dawn, unshaved and dirty because there was no clean water. I saw the characteristic shrugging of their shoulders that I knew so well. They hadn't had their clothes off for weeks, and their shirts were full of lice. Our progress to the battle area was slow and difficult.

What is shell shock? – Understanding Shell Shock (2/4) The Effects of Shell Shock: WWI Nueroses. Paths of Glory. Battle of Gallipoli. First Battle of the Marne. History >> World War I There were two major battles fought by the Marne River near Paris, France. 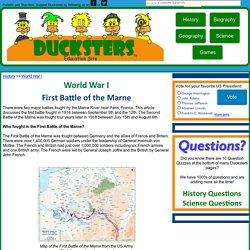 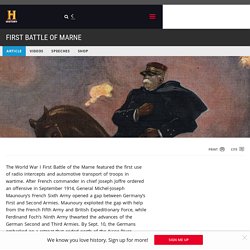 The opportunity opened for Anglo-French forces to reverse the hitherto victorious German advance through Belgium and France when First Army commander Heinrich von Kluck, who anchored the right wing of the German advance, swung north, rather than west, of Paris, across the front of Michel-Joseph Maunoury’s French Sixth Army. Alerted by French air reconnaissance and radio intercepts, the first time either had been used in a major conflict, French commander in chief Joseph Joffre ordered an attack. On September 6, Maunoury, reinforced by troops, rushed to the front in requisitioned Paris taxis and buses—the first extensive use of motorized transport in wartime and forever celebrated as the “taxis of the Marne”—slammed into von Kluck’s overextended army. Surprised, von Kluck recalled his advanced guard and swung his forces to the southwest to meet Maunoury’s attack. Battles of the Western Front 1914-1918.

Reading 1. The First World War, War to End All Wars, the Great War and European War are the names sometimes given to what ultimately became known as World War I. 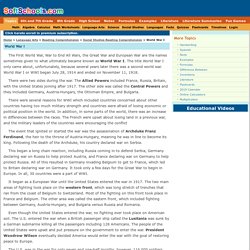 The title World War I only came about, unfortunately, because several years later there was a second world war. World War I or WWI began July 28, 1914 and ended on November 11, 1918. Reading 2. Develop your reading skills. 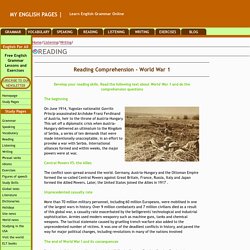 Read the following text about World War 1 and do the comprehension questionsThe beginning On June 1914, Yugoslav nationalist Gavrilo Princip assassinated Archduke Franz Ferdinand of Austria, heir to the throne of Austria-Hungary. This set off a diplomatic crisis when Austria-Hungary delivered an ultimatum to the Kingdom of Serbia, a series of ten demands that were made intentionally unacceptable, in an effort to provoke a war with Serbia. Mejor anuncio navideño 2014/15 "Sainsbury's Christmas Ad" This animated map shows how World War I changed Europe's borders. BBC History - 12 amazing WW1 facts that you probably don't know. 3 June 2014Last updated at 14:17 GMT. 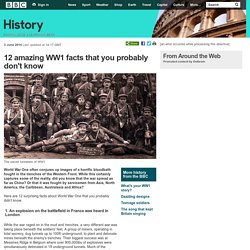 La primera Guerra Mundial en 7 minutos. BBC iWonder - What did World War One really do for women? 12 Things You Didn't Know About Women In The First World War. Letters from the First World War, 1916- 18. Download documents and transcripts Teachers' notes There are 35 letters and 19 photographs in this resource. 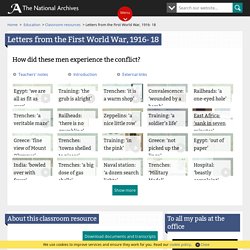 All letters have been transcribed, and audio versions of selected letters are available too. The documents should offer students a chance to develop their powers of evaluation and analysis. Teachers may also wish to use the collection to develop their own resources. You may spot spelling or grammatical errors in the transcripts as we have transcribed the letters as they stand. Letter from the Trenches. Fast Facts - World War One: Trench Life. Life in a Trench.

BBC Schools - WW1 Secondary. World War 1 Breakout - in a nutshell. Private Peaceful by Michael Morpurgo - review. The main characters in the story are Charlie and Tommo Peaceful, brothers who decide to fight in the war; Big Joe, Charlie and Tommo's older brother, who sadly has learning difficulties; Molly, a girl who befriends Charlie and Tommo; and Sergeant 'Horrible' Hanley, a cruel sergeant. 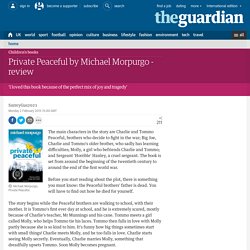 The book is set from around the beginning of the twentieth century to around the end of the first world war. Before you start reading about the plot, there is something you must know: the Peaceful brothers' father is dead. You will have to find out how he died for yourself. The story begins while the Peaceful brothers are walking to school, with their mother. It is Tommo's first ever day at school, and he is extremely scared, mostly because of Charlie's teacher, Mr Munnings and his cane. Soon after this, Charlie decides that he wants to fight in the war, although he is underage. My favourite character was Charlie, because he was so brave to disobey Hanley's order.

. • Buy this book at the Guardian Bookshop.