The problem with fMRI. iStock On TV and in movies, we’ve all seen doctors stick an X-ray up on the lightbox and play out a dramatic scene: “What’s that dark spot, doctor?” 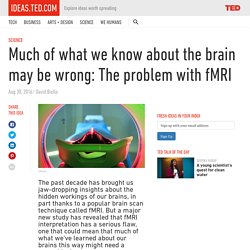 “Hm…” In reality, though, a modern medical scan contains so much data, no single pair of doctor’s eyes could possibly interpret it. The brain scan known as fMRI, for functional magnetic resonance imaging, produces a massive data set that can only be understood by custom data analysis software. Armed with this analysis, neuroscientists have used the fMRI scan to produce a series of paradigm-shifting discoveries about our brains.

Now, an unsettling new report, which is causing waves in the neuroscience community, suggests that fMRI’s custom software can be deeply flawed — calling into question many of the most exciting findings in recent neuroscience. How it should have worked: Start by signing up subjects. That’s the theory, anyway. The brain is even more complicated than we thought. Nonetheless, it is worrying. Another argument for open data. Glyphosate detected in 93 percent of Americans tested. (NaturalHealth365) It is the most-used herbicide in the world. 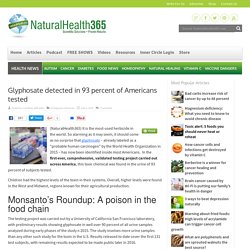 So alarming as it may seem, it should come as no surprise that glyphosate – already labeled as a “probable human carcinogen” by the World Health Organization in 2015 – has now been identified inside most Americans. In the first-ever, comprehensive, validated testing project carried out across America, this toxic chemical was found in the urine of 93 percent of subjects tested. Children had the highest levels of the toxin in their systems. Overall, higher levels were found in the West and Midwest, regions known for their agricultural production. The testing project was carried out by a University of California San Francisco laboratory, with preliminary results showing glyphosate in well over 90 percent of all urine samples analyzed during early phases of the study n 2015.

How we identified brain patterns of consciousness. Welcome to Chemical Safety Facts. Learning To Learn Faster: The One Superpower Everyone Needs. I have a new book coming out early next year, The Rise of Superman: Decoding the Science of Ultimate Human Performance. 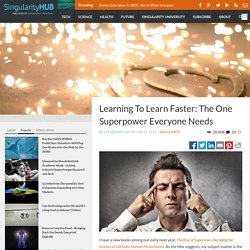 As the title suggests, my subject matter is the outer limits of human potential and the question of what might actually be possible for our species. During the course of writing this book, I’ve been lucky enough to meet a lot of amazing people interested in this very same question. This is a story about one of them, a really nice guy named Jim Kwik. It’s also a story about learning and education, innovation and entrepreneurship, and, well, superheroes. Actually, mostly, it’s a story about superheroes. Of course, since I’m telling you this is a story about superheroes, I now have to satisfy two additional requirements. Jim Kwik’s superpower is learning. A lot faster. As learning requires reading, well, Kwik can read alright. Actually, he can remember a lot more than that.

Consider what this really means. Harvard creates brain-to-brain interface, allows humans to control other animals with thoughts alone. This site may earn affiliate commissions from the links on this page. 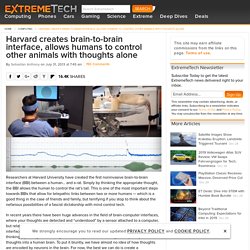 Terms of use. Researchers at Harvard University have created the first noninvasive brain-to-brain interface (BBI) between a human… and a rat. Simply by thinking the appropriate thought, the BBI allows the human to control the rat’s tail. This is one of the most important steps towards BBIs that allow for telepathic links between two or more humans — which is a good thing in the case of friends and family, but terrifying if you stop to think about the nefarious possibilities of a fascist dictatorship with mind control tech.

In recent years there have been huge advances in the field of brain-computer interfaces, where your thoughts are detected and “understood” by a sensor attached to a computer, but relatively little work has been done in the opposite direction (computer-brain interfaces). Which brings us neatly onto Harvard’s human-mouse brain-to-brain interface. Should You Stay Put if a Fire Breaks out in Your High Rise? A catastrophic blaze at a London apartment tower has brought new scrutiny to a long-accepted, counterintuitive rule for people in tall buildings: If the blaze breaks out elsewhere in the structure, don't automatically run for the stairs. 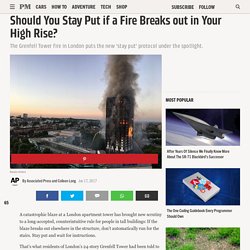 Stay put and wait for instructions. That's what residents of London's 24-story Grenfell Tower had been told to do, but the strategy failed early Wednesday when flames that began on a lower floor spread shockingly fast and quickly engulfed the entire building. Many residents were trapped, forcing some on higher floors to jump to their deaths rather than face the flames or throw their children to bystanders below. So far, at least 30 people have been reported dead and about 70 people were missing. Advertisement - Continue Reading Below. New Study: Cellphones Really Are Giving You Cancer. As myself and others have been telling you for years, your cellphone really is giving you cancer. 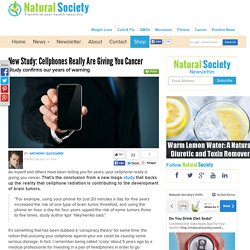 That’s the conclusion from a new mega study that backs up the reality that cellphone radiation is contributing to the development of brain tumors. “For example, using your phone for just 20 minutes a day for five years increased the risk of one type of brain tumor threefold, and using the phone an hour a day for four years upped the risk of some tumors three to five times, study author Igor Yakymenko said.”

It’s something that has been dubbed a ‘conspiracy theory’ for some time: the notion that pressing your cellphone against your ear could be causing some serious damage. Homemade. Food Independence. Open innovation platform for the food industry.