The Last Narrow-Gauge Railway Adventure. The Narrow Gauge Railway Museum. Gauge: 1ft 11½in (600mm) Museum objects: Back to Public Carriers Index In the late nineteenth century railways were encouraging the growth of tourism. 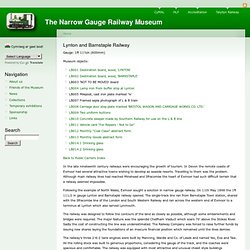 In Devon the remote coasts of Exmoor had several attractive towns wishing to develop as seaside resorts. Travelling to them was the problem. Following the example of North Wales, Exmoor sought a solution in narrow gauge railway. The railway was designed to follow the contours of the land as closely as possible, although some embankments and bridges were required. The railway’s three 2-6-2 tank engines were built by Manning, Wardle and Co. of Leeds and named Yeo, Exe and Taw.

Shortly after service began it became apparent that three locomotives would not be enough and, since Manning, Wardle was busy with other work, an order was placed with the Baldwin Locomotive Works in the USA. The railway enjoyed some success initially, carrying local passengers, tourists and a certain amount of freight. Locomotives Yeo Manning, Wardle & Co. 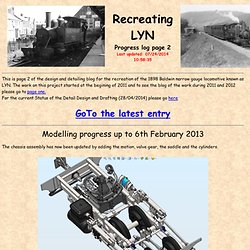 For the current Status of the Detail Design and Drafting (28/04/2014) please go here Modelling progress up to 6th February 2013. 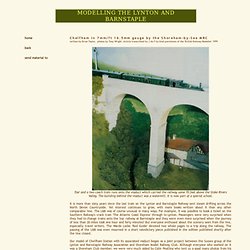 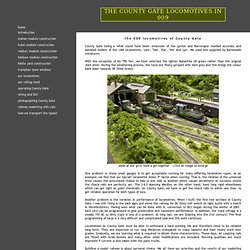 We used kits supplied by Backwoods miniatures. With the exception of No 759 'Yeo', we have selected the lighter Malachite SR green rather than the original 'dark olive'. During the weathering process, the locos are finely sprayed with dark grey and this brings the colour back down towards SR 'Olive Green'. some of the 'girls' have a get-together - click on image to enlarge One problem in these small gauges is to get acceptable running for many differing locomotive types. Another problem is the variation in performance of locomotives. Locomotives on County Gate must be able to withstand a hard working life and therefore need to be reliable long term. Building a model railway is about personal choice. Two of our Backwoods Manning Wardles click for full size image Lew. 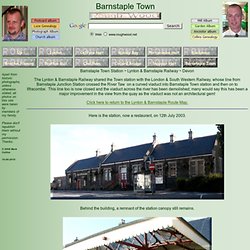 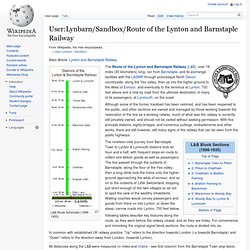 Although some of the former trackbed has been restored, and has been reopened to the public, and other sections are owned and managed by those working towards the restoration of the line as a working railway, much of what was the railway is currently still privately owned, and should not be visited without seeking permission. Following tables describe key features along the route, as they were before the railway closed, and as they are today. 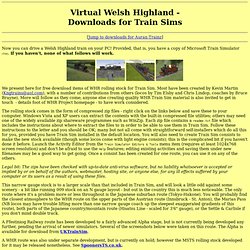 Provided, that is, you have a copy of Microsoft Train Simulator (TM). If you haven't, none of what follows will work. We present here for free download items of WHR rolling stock for Train Sim. Most have been created by Kevin Martin (Kngtrains@aol.com), with a number of contributions from others (locos by Tim Elsby and Chris Lindop, coaches by Bruce Brayne).

More will follow as they come; anyone else creating quality WHR Train Sim material is also invited to get in touch - details foot of WHR Project homepage - to have work considered. The rolling stock comes in the form of compressed zip files - right click on the links below and save these to your computer. This narrow gauge stock is to a larger scale than that included in Train Sim, and will look a little odd against some scenery - a bit like running 009 stock on an N gauge layout - but out in the country this is much less noticeable. Lynton & Barnstaple Railway - Signalling at Pilton. Introduction. 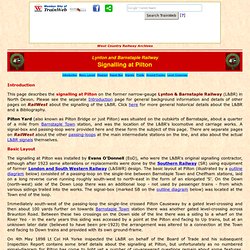 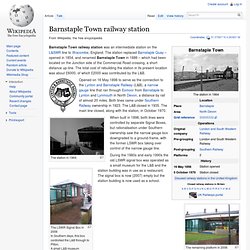 The station replaced Barnstaple Quay – opened in 1854, and renamed Barnstaple Town in 1886 – which had been located on the Junction side of the Commercial Road crossing, a short distance up-line. The total cost of rebuilding the station in its present location was about £6000, of which £2000 was contributed by the L&B. The station in 1969. The LSWR Signal Box in 2006 In Southern days, this box controlled the L&B through to Pilton.