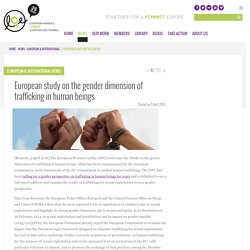 Bindel&Kelly 2003. Prostitution Statistics: What You Need to Know. Prostitution is an old problem and at the same time it may be a solution within human cultures. 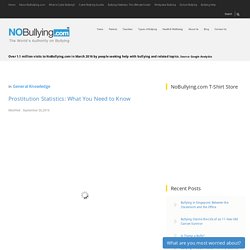 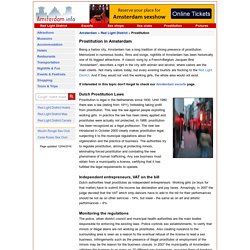 Memorized in numerous books, films and songs, nightlife of Amsterdam has been historically one of its biggest attractions. Sans titre. Tools Advanced Search Search Help Menu. 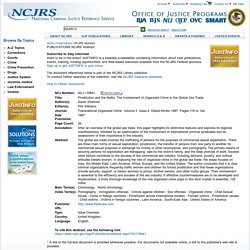 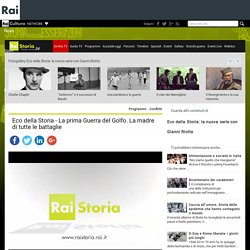 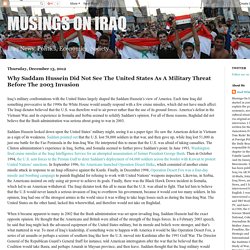 Each time Iraq did something provocative in the 1990s the White House would usually respond with a few cruise missiles, which did not have much affect. The Iraqi dictator believed that the U.S. was therefore wed to air power rather than the use of its ground forces. America’s defeat in the Vietnam War, and its experience in Somalia and Serbia seemed to solidify Saddam’s opinion. For all of those reasons, Baghdad did not believe that the Bush administration was serious about going to war in 2003. Saddam Hussein looked down upon the United States’ military might, seeing it as a paper tiger. When it became apparent to many in 2002 that the Bush administration was set upon invading Iraq, Saddam Hussein had the exact opposite opinion.

FROM OUR OWN CORRESPONDENT. By Roger Hearing in Baghdad For many people in the UK, the book and subsequent film Bravo Two Zero, provided a strong and attractive impression of the Gulf War - heroic endeavours against a cruel and brutal foe. 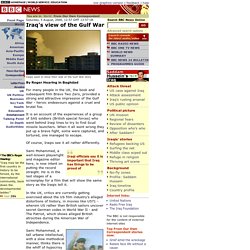 It is an account of the experiences of a group of SAS soldiers (British special forces) who went behind Iraqi lines to try to find Scud missile launchers. When it all went wrong they put up a brave fight, some were captured, and tortured, one managed to escape. Operation Desert Storm: 25 Years Since the First Gulf War. Saddam Hussein: In His Own Words. The Gulf War, February 1991 "We will chase [Americans] to every corner at all times. 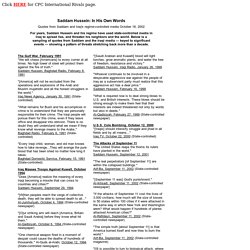 No high tower of steel will protect them against the fire of truth. " Saddam Hussein, Baghdad Radio, February 8, 1991. An Analysis of U.S. Policy Towards Cambodia Between 1969-1973. Conflict in Phnom Penh and Capitol Hill: An Analysis of U.S. 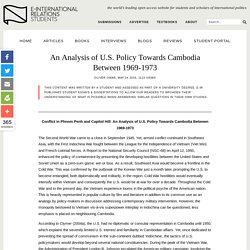 Policy Towards Cambodia Between 1969-1973 The Second World War came to a close in September 1945. Yet, armed conflict continued in Southeast Asia, with the First Indochina War fought between the League for the Independence of Vietnam (Viet Min) and French colonial forces. A Report to the National Security Council (NSC-68) on April 12, 1950, enhanced the policy of containment by presenting the developing hostilities between the United States and Soviet Union as a zero-sum game: win or lose. As a result, Southeast Asia would become a frontline in the Cold War. This Aggression Will Not Stand Man!!! George H.W. Bush - Address to the Nation on Invasion of Iraq. George H. 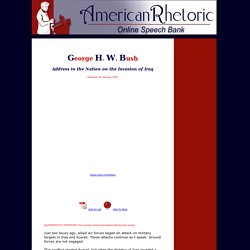 Clinton's main foreign policy advisors were Secretaries of State Warren Christopher and Madeleine Albright and National Security Advisors Anthony Lake and Sandy Berger. President Clinton assumed office shortly after the fall of the Soviet Union and end of the Cold War, which had left the United States as the world's only remaining superpower. As such and soon after taking office, President Clinton had to decide whether and how the United States would deal with the violence of numerous conflicts internationally. Clinton embraces British Prime Minister Tony Blair. Bill Clinton and Ambassador Harry Schwarz who negotiated lifting the remaining sanctions on South Africa Africa[edit]

New York Times Special Report: The C.I.A. in Iran. Credibility: Past Actions or Current Calculus? One often hears partisans refer to U.S. credibility as something that must be preserved, even treated as a vital interest, something worth fighting for. US Interventions. The U.S.-North Korean Agreed Framework at a Glance. Contact: Daryl Kimball, Executive Director, (202) 463-8270 x107; Kelsey Davenport, Director for Nonproliferation Policy, (202) 463-8270 x102 Updated: August 2004 On October 21, 1994, the United States and North Korea signed an agreement-the Agreed Framework-calling upon Pyongyang to freeze operation and construction of nuclear reactors suspected of being part of a covert nuclear weapons program in exchange for two proliferation-resistant nuclear power reactors.

The agreement also called upon the United States to supply North Korea with fuel oil pending construction of the reactors. An international consortium called the Korean Peninsula Energy Development Organization (KEDO) was formed to implement the agreement. The Agreed Framework ended an 18-month crisis during which North Korea announced its intention to withdraw from the nuclear Nonproliferation Treaty (NPT), under which North Korea committed not to develop nuclear weapons.