Earth - How the River Thames was brought back from the dead. On a sunny autumn morning in London's financial district, Rod Guzman is looking for his favourite seal. 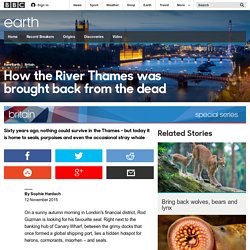 Right next to the banking hub of Canary Wharf, between the grimy docks that once formed a global shipping port, lies a hidden hotspot for herons, cormorants, moorhen – and seals. "When I do this, it usually comes," says Guzman, who works at the Billingsgate fish market next door, as he kicks a metal rail with his heavy boot, producing a deafening clanging sound. "I think it can feel the vibrations in the water. It's massive. Some give it names, like Alfred. More than 2,000 seals have been spotted in the Thames over the past decade, according to a survey by the Zoological Society of London that ran from 2004 to 2014 and was published in August 2015, along with hundreds of porpoises and dolphins and even the odd stray whale.

In 1957, the Natural History Museum declared the Thames biologically dead. Retro Report Documentary. Burned by McDonald's Hot Coffee, Then the News Media. Clyde Barrow's Letter to Henry Ford. By Jennifer Rosenberg Clyde Barrow and Bonnie Parker are infamous for their two-year crime spree from 1932 until their deaths in a hail of bullets in 1934. 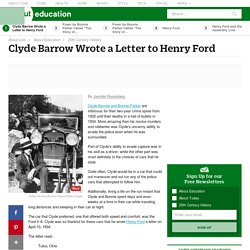 More amazing than his novice murders and robberies was Clyde's uncanny ability to evade the police even when he was surrounded. Part of Clyde's ability to evade capture was in his skill as a driver, while the other part was most definitely in the choices of cars that he stole. Quite often, Clyde would be in a car that could out maneuver and out run any of the police cars that attempted to follow him.

Bonnie and Clyde. Bonnie Parker and Clyde Barrow were the most famous gangster couple in history, made more so by the 1967 Oscar-winning film Bonnie and Clyde, starring Warren Beatty and Faye Dunaway. 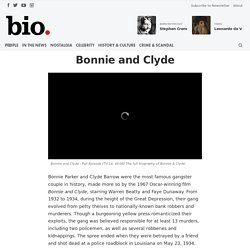 Bonnie and Clyde. Clyde Champion Barrow and his companion, Bonnie Parker, were shot to death by officers in an ambush near Sailes, Bienville Parish, Louisiana on May 23, 1934, after one of the most colorful and spectacular manhunts the nation had seen up to that time. 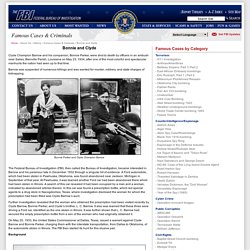 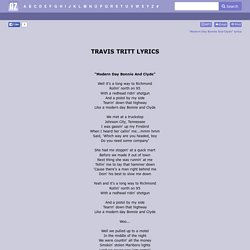 What are The Queen’s powers? The Royal Prerogative are a set number of powers and privileges held by The Queen as part of the British constitution. 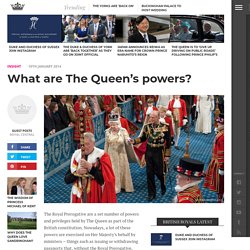 Nowadays, a lot of these powers are exercised on Her Majesty’s behalf by ministers – things such as issuing or withdrawing passports that, without the Royal Prerogative, would require an act of parliament each time. Over time, the prerogative powers have been used less and less though the important thing in our Constitutional Monarchy is that they still exist, they remain a means of protecting democracy in this country ensuring that no one can simply seize power. Victorian constitutionalist Walter Bagehot defined The Queen’s rights as, the right ‘to be consulted, to encourage and to warn’ – but these rights are not the same as her powers, as we will now see. 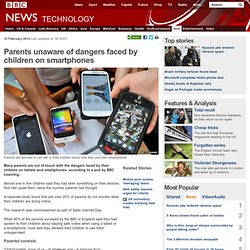 Almost one in five children said they had seen something on their devices that had upset them, twice the number parents had thought. A separate study found that just over 20% of parents do not monitor what their children are doing online. The research was commissioned as part of Safer Internet Day. While 90% of the parents surveyed by the BBC in England said they had spoken to their children about staying safe online when using a tablet or a smartphone, most said they allowed their children to use them unsupervised.

Parental controls "Unfortunately, none of us - of whatever age - is immune from encountering problems online," said Tony Neate, chief executive of Get Safe Online. Unmonitored losses Continue reading the main story. Music is GREAT - Part 1. From hip hop to jazz… From dance to the blues: it’s music, and there’s a style for everyone. 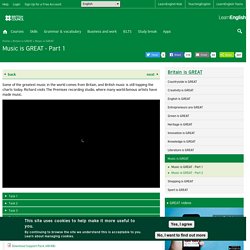 Some of the greatest music in the world comes from Britain, and British music is still topping the charts today. The Premises recording studios are big players in the music industry. Everyone from Lana del Rey to the Arctic Monkeys come here. Bulletin officiel. MENH1506032C. 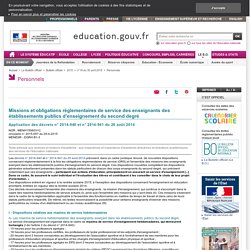 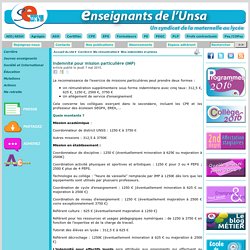