How to make an effective brand film. Pulling back the curtain: Wizard of Oz named most influential film. When a tornado carried Dorothy off to a land of witches and talking scarecrows it was not only Oz that she and her companions ended up taking by storm: new research suggests the world of movies was never the same again either. 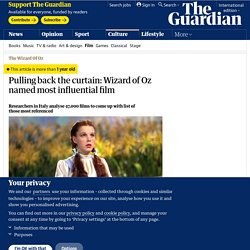 Researchers in Italy have declared the Wizard of Oz the most influential film ever made, outstripping others in how much it has inspired and been referenced in the film industry. The research team came to their conclusion after analysing more than 47,000 films across 26 genres, using references noted in the online movie database IMDb. The authors note that the database is biased towards films from the west, with the majority produced in the US. The team did not consider short films, adult films and those with no link or reference to other movies. HOW BRANDS ARE USING FILM & TV CHARACTERS TO CREATE CONTENT. The Key To Gen Z Is Video Content. If you’re anything like me, you’ll do just about anything to avoid watching a video and skip to the text instead. 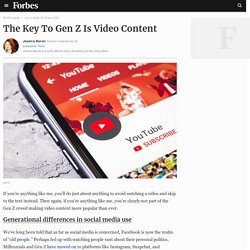 Then again, if you’re anything like me, you’re clearly not part of the Gen Z crowd making video content more popular than ever. How Different Generations Use Social Media. Although people tend to think of social media in terms of Facebook, Instagram, and Twitter, the reality of the social media landscape is much more diverse. 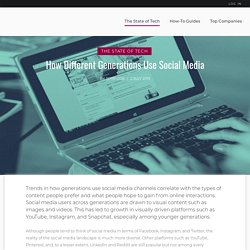 Other platforms such as YouTube, Pinterest, and, to a lesser extent, LinkedIn and Reddit are still popular but not among every generation. As a whole, younger generations such as Generation Zers (ages 13-17), millennials (ages 18-34), and Generation Xers (ages 35-54) use social media more frequently than baby boomers (ages 55+). Discover what Gen Z is watching on YouTube. And while you might think teens are only sharing the latest viral videos among each other, think again. 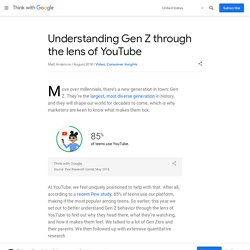 Our research suggests many of these videos are crossing generational divides. Eight in 10 of the Gen Z teens we spoke to said they proactively share YouTube videos with their parents or other adult family members.6. The Wizard of Oz Is Officially the Most Influential Film of All Time. According to a group of Italian researchers who analyzed 47,000 films across 26 genres, the most influential movie ever made is . . . 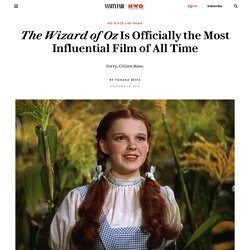 The Wizard of Oz. No surprise there, as the fantasy blockbuster starring Judy Garland as Dorothy, a girl who gets whisked away to a magical realm, has long been considered a game changer in Hollywood. Now there’s a neat bit of data to back it up. The data was collected by a group of researchers from the University of Turin, whose study was published in Applied Network Science. They were aiming to measure the success and significance of certain films, based on metrics other than box-office success and critical reviews. Just 8% of consumers think brands should stop advertising due to the coronavirus outbreak.

The vast majority of consumers do not think brands need to stop advertising during the Covid-19 outbreak, although they do expect companies to think about their tone and messaging, and communicate around values. 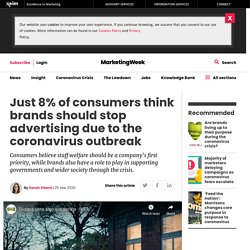 The collection itself, which drew such pop singers as Carly Rae Jepsen, Kim Petras, and Betty Who in the front row, was Cowan at his best: full of his trademark, tulle-made BDE (Big Dress Energy), feathers (this time not just in lavender, but pink, green, and blue), rhinestones (at this point, who isn’t wearing that T-shirt dress?) 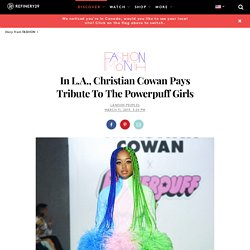 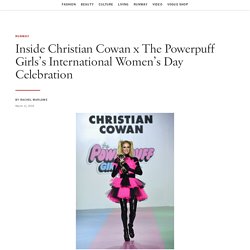 The designer teamed up with the makers of the cult girl-power cartoon on a collection made of sugar, spice, and everything nice (with a little bit of that Chemical X factor sprinkled in)—all to benefit She’s the First, a nonprofit that fights gender inequality through education. Known for his high-wattage party frocks, barely there bodysuits, and logo sweatshirt dresses, Cowan, who was a 2018 CFDA/Vogue Fashion Fund finalist, dresses gutsy girls with an outspoken sense of style.

“When I was growing up, I watched the show all the time. I probably watched hundreds of episodes,” he told Vogue. Asos and Jazzelle Zanaughtti collaborate on new campaign dramatising limitless self-expression. Asos’s new campaign launched last week starring it-model of the moment, Jazzelle Zanaughtti, directed by Terence Neale, photographed by Kristin-Lee Moolman and produced by Park Pictures. 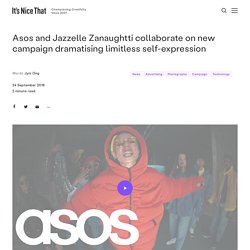 The shoot focuses on Jazzelle’s diverse sense of style, amplified through her fashion motto; “my style is never done”. The campaign’s concept involves having the confidence to explore your own personal style and try new things, as well as having “an open-minded attitude that transcends fashion and champions self-expression,” Asos explains. This message epitomises Jazzelle’s style, the campaign sees her in various characters and alter-egos inspired by her personal experiences, such as her time as a young ballet student. Christian Cowan Interview About His Powerpuff Girls Collection - How Breaking the Rules Put Christian Cowan in the Spotlight. Ben Hassett “I am a feminist, 100 percent,” declares Christian Cowan backstage at his one-off Los Angeles show that was done in collaboration with Cartoon Network’s iconic trio of badass superheroes—the Powerpuff Girls—on International Women’s Day (March 8). 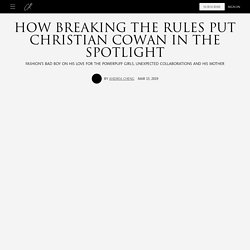 “And not in a way that conglomerates are like, ‘We stand for feminism,’ and don’t do anything,” he continues. The Director Behind Ariana Grande's 'Thank U, Next' Music Video Tells All — Why Lindsay Lohan Wasn't Asked to Sit With Ariana Grande in 'Thank U, Next' You may not know the name Hannah Lux Davis, but you've definitely seen her music videos. Cool for the Summer by Demi Lovato? Le magicien d'Oz (1939) Rihanna Shook Up Fashion Week With Her Empowering Savage x Fenty Show. The lineup of performers who followed was impressive and included hip-hop heavyweights Migos, DJ Khaled, A$AP Ferg, and rapper-on-the-rise Tierra Whack, who proved to be the night’s breakout music star.

The number of fashion cameos was just as major, and they rolled out one after the other. Gigi Hadid led the charge, strutting out in black lingerie and a floor-sweeping black lace veil that gave the Italian widow look a subversive twist. Rihanna’s Savage x Fenty Show: Behind Willo Perron’s Creative Vision. Willo Perron, the creative director and designer who works with Kanye West, Jay-Z, Drake and Rihanna, got his start in the graphic design game on the smallest possible scale — 8.5 by 11 inches. As a young man growing up in Montreal, Perron made flyers for club nights, punk and rave shows. He says some of the best designers with whom he’s worked — Brian Roettinger, responsible in part for Jay-Z’s “4:44” album art; Peter Saville, who did all of Joy Division’s most famed imagery — began their careers designing covers for 7-inch singles or cassette tapes.

“At that time, it was the only real visual,” Perron says on a recent afternoon during a phone call from Mexico City, where he’s taking a quick break between gigs. ASOS "My style is never done" by ASOS and Park Pictures. Home - Gurls Talk. Science Gallery London. THE BAD FEEL LOOPS OST. Anxiety and panic attacks. Science Gallery London. How can our environment affect mental health? Working with patients from the Psychiatric Intensive Care Unit at Bethlem Royal Hospital, Offeh explores the value of paying focused attention to the overwhelming possibilities of our external environment.

Harold Offeh. Erasmus blog London, United Kingdom. Mindfulness. Benedict Drew’s anxious-making new film. Mental health statistics: anxiety. Anxiety is a type of fear usually associated with the thought of a threat or something going wrong in the future, but can also arise from something happening right now. In 2013, there were 8.2 million cases of anxiety in the UK.1In England women are almost twice as likely to be diagnosed with anxiety disorders as men.2The one-week prevalence of generalised anxiety in England is 6.6%3Be Mindful Online is an online mindfulness course offered by the Mental Health Foundation.

50 TikTok Statistics That Will Blow Your Mind in 2020 [+INFOGRAPHIC] 25 Most Influential People on the Internet. Instagram (@instagram) The Ultimate Social Media Holiday Calendar for 2017 [Resource] The Rapid Rise of TikTok. The likes are gone. So what will the influencers do now? How Tik Tok is changing beauty standards for Gen Z. The Most-viewed YouTube Videos of All Time. Youtube's most-viewed music videos of 2019 so far. Podcast Statistics (2020) – Newest Available Data + Infographic. YouTube most watched 2019: These are the top viewed videos of the year.

Samsung’s global CMO: ‘I’m pessimistic about influencer marketing’ 'Monki Thinks' Campaign Raises Mental Health Awareness About Social Media. All the feels. PrettyLittleThing (@prettylittlething) Monki Thinks - We are Monki. Archetypes - Discover yours. Identification of key films and personalities in the history of cinema from a Western perspective.