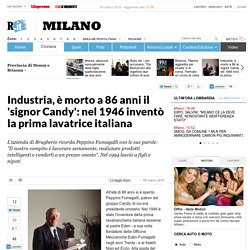 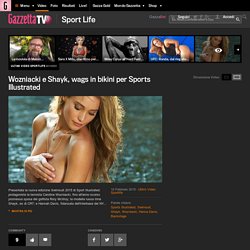 Sara X Mills, che ritmo per... Adult Content Warning. Why is english full of words that derive from latin? Isoardi: io e Salvini ci frequentiamo. Con April l'Inter ha il vento in... Why I Dislike Israel by Philip Giraldi. Even those pundits who seem to want to distance U.S. foreign policy from Tel Aviv’s demands and begin treating Israel like any other country sometimes feel compelled to make excuses and apologies before getting down to the nitty-gritty. 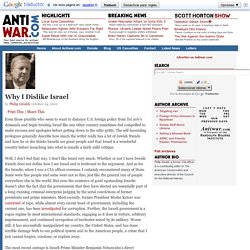 The self-lacerating prologues generally describe how much the writer really has a lot of Jewish friends and how he or she thinks Israelis are great people and that Israel is a wonderful country before launching into what is usually a fairly mild critique. Well, I don’t feel that way. I don’t like Israel very much. Whether or not I have Jewish friends does not define how I see Israel and is irrelevant to the argument.

And as for the Israelis, when I was a CIA officer overseas, I certainly encountered many of them. POLITICAL CRITIQUE: ‘Why I Still Dislike Israel’ Darkjournalist. Watch in HD! 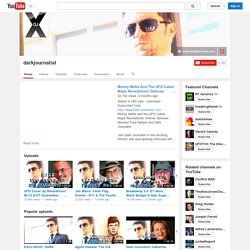 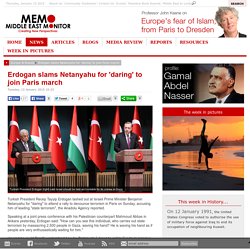 Speaking at a joint press conference with his Palestinian counterpart Mahmoud Abbas in Ankara yesterday, Erdogan said: "How can you see this individual, who carries out state terrorism by massacring 2,500 people in Gaza, waving his hand? He is waving his hand as if people are very enthusiastically waiting for him. " He said he could "hardly understand how he [Netanyahu] dared to go" to Sunday's massive march in the French capital and urged him to "give an account for the children, women you massacred". The Turkish president accused the West of hypocrisy, saying: "The West's hypocrisy is obvious.

Paris shooting false flag. Facebook. #CharlieHebdo Paris attack conveniently attributed to "Al-Qaeda in Yemen" - OSNet Daily. Editor’s Note… This highly suspicious attack on the satirical magazine, by professional gunmen who went to great lengths to establish themselves to the media as “Al-Qaeda in Yemen” obviously gives France the perfect pretext to intervene militarily against the Sunni militias in that country, all demonized as “Al Qaeda” and targeted for years by US drone strikes, while the Shiite Houthis were recently allowed to complete their conquest of the capital city Sanaa on behalf of their masters in Iran. 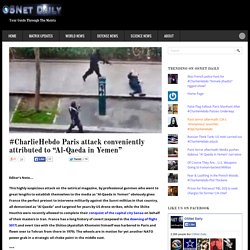 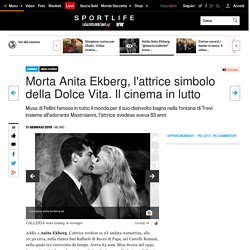 PARIS MAYHEM: French Connection – False Flags, Gladio and the Charlie Hebdo Incident. US envoy admits role in Aldo Moro killing. He had been heading to parliament for a crucial vote on a ground-breaking alliance he had proposed between the Christian Democrat Party and the Italian Communist Party. 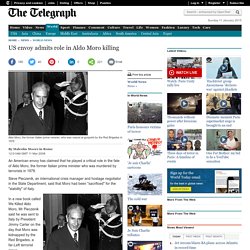 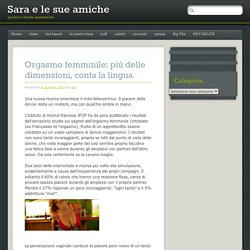 Ragazze che amano mostrarsi. » Shocking details on possible NYPD Shooting Hoax Alex Jones' Infowars: There's a war on for your mind! Encyclopedia Britannica. Judaism, the religion of the Jews. It is the complex phenomenon of a total way of life for the Jewish people, comprising theology, law, and innumerable cultural traditions. The first section of this article treats the history of Judaism in the broadest and most complete sense, from the early ancestral beginnings of the Jewish people to contemporary times.

In the second section the beliefs, practices, and culture of Judaism are discussed. ISRAEL. Ed note–but remember, it’s not because Judaism promotes lying, theft, criminality and hatred of Gentiles, it’s all because of ZIONISM. Repeat after me please…Judaism is holy and good…Zionism is the problem… “If a Jew needs a liver, can you take the liver of an innocent non-Jew passing by to save him? The Torah would probably permit that. The History The US Government HOPES You Never Learn! PARIS INSIDE JOB; JE SUIS CIA LIE. Anonymous writes: "The head of MI5, Parker, is a Jew... And now it is known that his equivalent in France is also a Jew. Ditto the Danish version. Welcome to your planet - Planet Labs - Planet Labs.

Prison Planet.com. Dead Men Tell No Tales: Charlie Hebdo Suspects Allegedly Killed. Time for the corporate media to tweak the storyline Kurt Nimmo Prison Planet.com January 9, 2015 The corporate media is reporting that police have raided a printing plant northeast of Paris and killed the Charlie Hebdo shooting suspects. Around the same time a related incident at a supermarket in Paris came to an end after a suspected hostage taker was killed. The kosher supermarket has been stormed. The terrorist is dead.

It now be up to the media to tidy up the story and bury all information that does not conform to the terror threat narrative, for instance the fact Hamyd Mourad, initially said to be one of the Charlie Hebdo attackers, had nothing to do with the incident and turned himself in to the cops last night. As with the 9/11 narrative within the first day or two, the French terror drama storyline will be tweaked and modified to fit the overriding agenda. The authorities have yet to explain the obvious military behavior of the men who supposedly attacked the Charlie Hebdo office. Paul Joseph Watson. » Checklist for a false flag Alex Jones' Infowars: There's a war on for your mind!

» Shocking details on possible NYPD Shooting Hoax Alex Jones' Infowars: There's a war on for your mind! Paris shooting is a false flag:infowars. 21st Century Wire. Where’s The Blood? Evidence Shows Paris Shooting May Have Been A Hoax. They say that when you see a big story in the media, look for the story they are trying to distract you from. The big story was an attack on a French satire magazine by Islamic extremists that killed 12 people. But some truth seekers around the web are asking valid questions about what appears to be a terrorist attack. For example, where was the blood? According to the video posted below, the shooter was shot at very close range.

You would think a shot like that would leave at least a little blood splatter, unless they were using blanks. Some are saying that the video of the attack is false as well. In the video, we can clearly see this “allahu akbar” scene was SPLICED in. The police magically disappear, no return gunfire, and were not shot (no police in swat gear or on bicycles reported hurt at that location). It's Time for a 21st-Century Anti-Lynching Movement. Black women have made connections between their struggles and those of black men since the 1800s.

Although African-Americans have made unprecedented progress in terms of politics, business and access to elite institutions, other developments suggest that something else is going on. Voting rights are being curtailed, communities are deteriorating, and incarcerations for minor and even fabricated criminal charges are on the rise. Most troubling is the news of cold-blooded murders committed against them in the public square, too often with impunity. It sounds as though I’m describing our current landscape, but in fact this is an apt description of the late nineteenth century, when African-Americans occupied political offices, accumulated wealth and held administrative positions that would not have been dreamed of a generation before. But this was also the era of the literacy test, congealing segregation and the convict-lease system, which provided the black labor forfeited by emancipation.

One of the suspects, Cherif Kouachi, had a history of funneling jihadi fighters to Iraq and a terrorism conviction from 2008. He and his brother, Said, should be considered “armed and dangerous,” French police said in a bulletin early on Thursday, appealing for witnesses after a fruitless search in the city of Reims, in French Champagne country. Paris Charlie Hebdo attack: live. 10.04 Video has emerged of heavily armed French special forces searching an apartment in Reims for suspects connected with the Charlie Hebdo terror attack in Paris: 09.58 The policewoman shot this morning in a second attack in southwestern Paris is now dead, police have told AFP. 09.50 Kurt Westergaard, the Danish cartoonist who created the controversial cartoon depicting the prophet Muhammad wearing a bomb in his turban in 2005, has received numerous death threats and has lived under police protection ever since, writes Victoria Ward.

He told BBC Radio 4’s Today programme that the Charlie Hebdo murders must not be allowed to create a culture of fear that threatens free speech. “A good cartoonist who works with satirical cartoons must be a kind of anarchist who attacks all authorities if they abuse their power, their influence. Of course, I also mean religious authorities,” he said. Charlie Hebdo: French police name suspects as massive manhunt continues. Remembering the Paris attack victims - CNN Video. Two-brothers-suspected-in-killings-were-known-to-french-intelligence-services. Photo PARIS — When Chérif Kouachi first came to the attention of the French authorities as a possible terrorist a decade ago, he was in his early 20s and, according to testimony during a 2008 Paris trial, had dreamed of attacking Jewish targets in France. Under the influence of a radical Paris preacher, however, he decided that fighting American troops in Iraq presented a better outlet for his commitment to jihad.

On Wednesday, Mr. Kouachi, according to investigators, returned to his original plan of waging holy war in France. Along with his older brother Said and a third French Muslim of North African descent, he was named as one of three who were involved in an assault on a satirical newspaper in Paris that left at least 12 people dead. Continue reading the main story Video. Stéphane Charbonnier, Known as Charb, Relished Defying Mores - NYTimes.com. Photo Stéphane Charbonnier, the editorial director of the French satirical newspaper Charlie Hebdo, was often pictured with his fist aloft. Charlie-hebdo-paris-shooting.html?hp&action=click&pgtype=Homepage&module=span-ab-top-region&region=top-news&WT.

One Million Americans Are About to Lose Their Food Stamp Benefits. Independent Media.