Beesia - Monrovia - Beesia. What Is A Blackhaw Viburnum Tree: Blackhaw Tree Care In The Landscape. By Teo Spengler Wildlife will thank you if you plant Blackhaw, a small, dense tree with both spring flowers and autumn fruit. 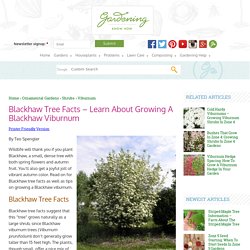 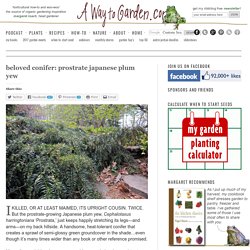 TWICE. But the prostrate-growing Japanese plum yew, Cephalotaxus harringtoniana ‘Prostrata,’ just keeps happily stretching its legs—and arms—on my back hillside. A handsome, heat-tolerant conifer that creates a sprawl of semi-glossy green groundcover in the shade…even though it’s many times wider than any book or other reference promised. More of a good thing, I guess you could say, and also deer-resistant. The World's Best Gardening Blog. Occasionally, somebody asks me that ridiculous question: “What’s your favorite tree?” 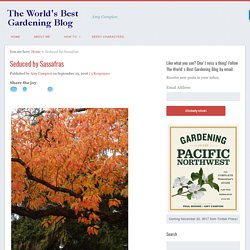 Like most young gardeners, in the beginning it was all about flowers. 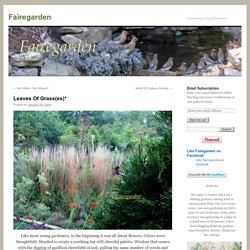 Colors were thoughtfully blended to create a soothing but still cheerful palette. Wisdom that comes with the digging of gazillion shovelsful of soil, pulling the same number of weeds and gazing at the garden that number of hours has taught the important lesson that form and movement are just as crucial to pleasing the eye as the colorful blooms. Evergreen trees and shrubs offer the skeleton, but grasses are the glue, the muscles that hold the framework together. The favorites growing here will be featured, among them the tall Calamagrostis acutiflora ‘Karl Foerster’.This fine grass was named the Perennial Plant Association’s plant of the year in 2001. I have been a loyal follower of these selections and have been keen to buy them. Huron Sunrise Maiden Grass Buy Online, Best Prices. 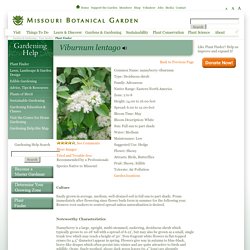 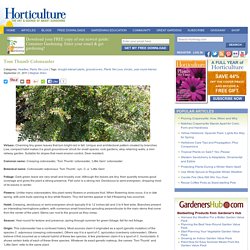