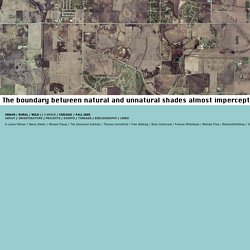 A visual exploration on mapping complex networks. Farbforschung. VPUU. VPUU is committed to work according to a set of principles and follows a set of steps from analysing a situation through to operation and maintenance. 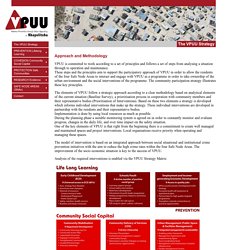 These steps and the principles aim to support the participatory approach of VPUU in order to allow the residents of the four Safe Node Areas to interact and engage with VPUU as a programme in order to take ownership of the urban environment and the social interventions of the programme. The community participation strategy illustrates these key principles. The elements of VPUU follow a strategic approach according to a clear methodology based on analytical elements of the current situation (Baseline Survey), a prioritisation process in cooperation with community members and their representative bodies (Prioritisation of Interventions).

Based on these two elements a strategy is developed which informs individual interventions that make up the strategy. Analysis of the required interventions is enabled via the VPUU Strategy Matrix: Play the City Consultants on Vimeo. Environment and Planning homepage. Urban Genesis. Public Opinion analysis - Homepage. Standard Eurobarometer 83 survey (EB83), was carried out between 16 and 27 May 2015 in 34 countries or territories: the 28 European Union (EU) Member States, five candidate countries (the Former Yugoslav Republic of Macedonia, Turkey, Montenegro, Serbia and Albania) and the Turkish Cypriot Community in the part of the country that is not controlled by the government of the Republic of Cyprus.The survey includes topics such as the European political situation and the economy. 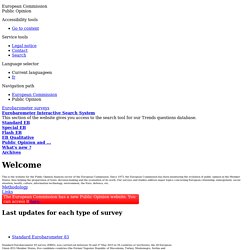 It analyses how Europeans perceive their political institutions, both national governments and parliaments, and the EU and its institutions. It also examines whether EU citizens feel that their voice counts in the EU. It looks at the main concerns of Europeans at national and at European level and considers how respondents perceive the current economic situation, what they expect for the next twelve months and their opinions of the euro. The Official Guide to Tactical Urbanism. 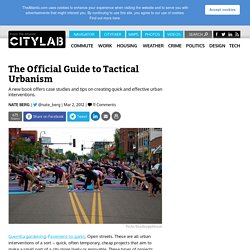 Pavement-to-parks. Open streets. These are all urban interventions of a sort – quick, often temporary, cheap projects that aim to make a small part of a city more lively or enjoyable. These types of projects have grown in popularity in recent years, and they even have a new name: tactical urbanism, as in tactics used to improve the urban environment. These tactics tend to be replicable across cities, and in certain instances have become worldwide phenomena. A newly updated guidebook seeks to spread these good ideas and to give more people the know-how to bring them about in their own communities. Tactical Urbanism 2: Short-Term Action, Long Term Change [PDF] was created and offered for free download by the Street Plans Collaborative, an urban planning, design and advocacy firm. “Really, tactical urbanism is how most cities are built.

These small-scale interventions are characterized by their community-focus and realistic goals. Photo credit: Flickr/bradleypjohnson. Jenny odell. 2012 Maps of the U.S. - Alternative Maps of America. Though we've lived in a post-Fair Housing Act America more than four decades, that doesn't mean there aren't still ways for communities to be discriminatory. 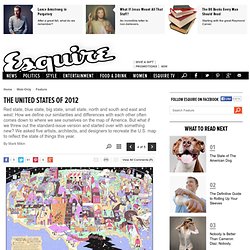 The way Brooklyn-based architecture firm Interboro Partners sees it, a housing discrimination exists still, through what they call the "Arsenal of Exclusion and Inclusion," legal policies that may keep some people in, and keep others out. The policies can be subtle, like in the case of "Ave Maria," a Catholic community in Florida created by Tom Monaghan (the founder of Domino's Pizza), which employs what's called an exclusionary mend: Members of the community are required to pay dues to a Catholic church that's built on the property. The policies can be outrageous, as in the case of an ordinance in St. Bernard Parish, Louisiana, which mandates that only blood relatives can be rented to by owners of single-family homes, if they had become rentals after the disaster. 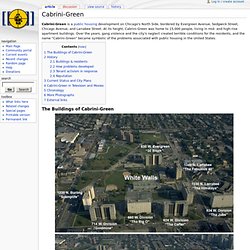 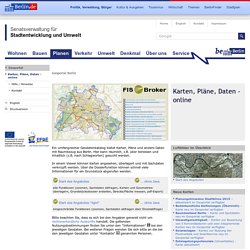