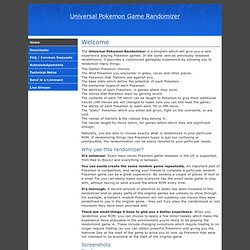 In the same vein as previously released randomizers, it provides a customized gameplay experience by allowing you to randomize many things: Naturally, you are able to choose exactly what is randomized in your particular ROM. If randomizing things like Pokemon types is just too confusing or unenjoyable, the randomization can be easily tailored to your particular needs. Why use this randomizer? It's universal. You can easily create the same random game repeatedly. It's thorough. There are small things it does to give you a better experience. Screenshots The Program Generation 1 (R/B/Y) Generation 2 (G/S/C) The Big List Of Video Game Documentaries. WHAT MAKES A MOVIE GOOD? "The movie is not good because it doesn't do X, Y and Z and those are the things necessary for a movie to be good. 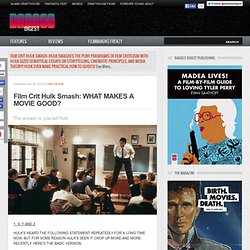 " AS A MORE SPECIFIC EXTENSION OF THAT ARGUMENT, SINCE IT IS OFTEN A TECHNICAL OBSERVATION, IT'S MORE LIKE: "A movie needs to be good in all phases of execution to be considered a masterpiece (or even a good film): cinematography, acting, writing, direction etc. " SO YOU CAN ASK, "Hulk, that all sounds nice and pretty, but how do we practically apply this?

How can we talk about the glut of bad movies we've had this summer in any way that makes sense with that thinking? " How Magic Was Born - Magic General - Magic: The Gathering Darkness Forums. Have you wondered how Magic really started? 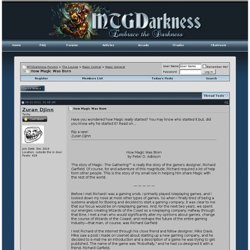 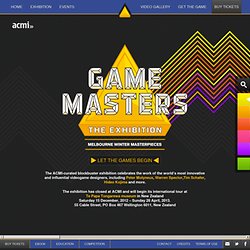 ACMI. Thank you for playing Acknowledgements The Australian Centre for the Moving Image (ACMI) would like to thank each of the designers, developers and publishers who have worked with us on the development of Game Masters for their exceptional generosity in devoting time and materials to making this exhibition possible. 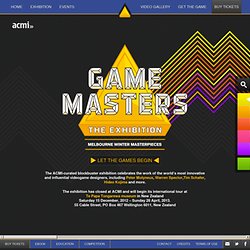 "Another World" source code review. December 23, 2011 I spent two weeks reading and reverse engineering further the source code of Another World ("Out Of This World" in North America). 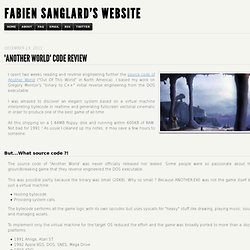 I based my work on Gregory Montoir's "binary to C++" initial reverse engineering from the DOS executable. I was amazed to discover an elegant system based on a virtual machine interpreting bytecode in realtime and generating fullscreen vectorial cinematic in order to produce one of the best game of all time. All this shipping on a 1.44MB floppy disk and running within 600KB of RAM: Not bad for 1991 ! As usual I cleaned up my notes, it may save a few hours to someone. Classic Game Postmortem - OUT OF THIS WORLD/ANOTHER WORLD. Point by Point of the Production. - News. Hi There, When writing this post. 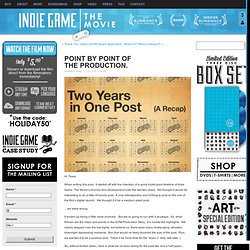 It started off with the intention of a quick bullet point timeline of Indie Game: The Movie’s journey and development over the last two years. We thought it would be interesting to do a little chronicle post. A nice retrospective sort of thing to post on the eve of the film’s digital launch. We thought it’d be a medium sized post... ....we were wrong. Tråd - Vernissage: 63 Loadare ritar 151 Pokémon. Game Database, Best Selling Video Games, Game Sales, Million Sellers, Top Selling. List of best-selling video games. This is a list of video games that have sold or shipped at least one million copies on a single platform (unless otherwise noted). 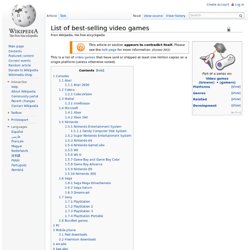 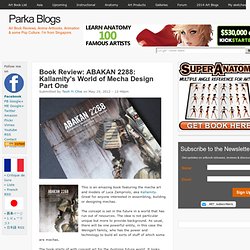 Great for anyone interested in assembling, building or designing mechas. The concept is set in the future in a world that has run out of resources. The idea is not particular unique but more to provide background. As usual, there will be one powerful entity, in this case the Weingart family, who has the power and technology to build all sorts of stuff of which some are mechas. The book starts of with concept art for the dystopia future world. The rest of the book are concept art for mechas and a selected few are being made into actual models. There are photos of all the created parts either by casting or sculpting. Every piece created is intricately designed and worked on. Lengthy commentary is provided on how each mecha was designed and built. Highly recommended for mecha lovers. Visit Amazon to check out more reviews. Kallamity - Pages. Sterling Hundley on Ideation. All Over Coffee. S Game Translations » Pg. 139 The Legend of Zelda Concept Art.

Posted By GlitterBerri at 1:20 PM on Monday April 30, 2012 A translation of a concept art page from Hyrule Historia. 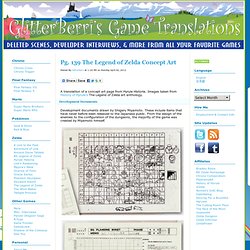 Images taken from History of Hyrule’s The Legend of Zelda art anthology. Development Documents Development documents drawn by Shigeru Miyamoto. These include items that have never before been released to the Japanese public. Age of Conan 4th Anniversary Retrospective. Age of Conan is four years old today! To celebrate four years in Hyboria we're posting a retrospective gallery of some of our best and most interesting concepts/art. Starting with art from the original game Hyborian Adventrures, we'll be adding more over the next few days covering Rise of the Godslayer and bringing us up to date with our most recent work/upcoming work.

More about the game here - And if you're interested in joining the Conan art team you can always check out the latest jobs posted here - 1/4 Gaming: Why the %*! is this so %#&@ Impossible? Panel - ROFLCon 2012. Jane McGonigal: Gaming can make a better world. Grotesco - Ett kilo mjöl. There's No Tomorrow. Andrew Stanton: The clues to a great story. John Cleese - a lecture on Creativity. - Anna Hörnell i USA - Blogg - Kuriren - Norrbottens-Kuriren. Brenda Brathwaite: Gaming for understanding. The Animation Academy. Supernature! Tempest by Alexi Z. S Game Translations » The Development of A Link to the Past. Posted By GlitterBerri at 2:18 PM on Monday April 23, 2012 The following interview with Shigeru Miyamoto took place in 1991. It was retrieved from Game Staff List Association Japan, a Japanese website that, among other things, aims to summarize, transcribe, and categorize interviews with video game developers.

Development We started making the game at the same time as Super Mario World. Even back when we first unveiled the Super Nintendo at the company in July, 1989, our plan had always been to develop the game alongside Mario. (A Link to the Past was released in Japan on November 21st, 1991, exactly 1 year after the release of the Super Nintendo.)