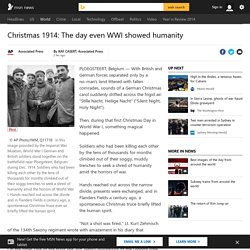 Then, during that first Christmas Day in World War I, something magical happened. Soldiers who had been killing each other by the tens of thousands for months climbed out of their soggy, muddy trenches to seek a shred of humanity amid the horrors of war. Hands reached out across the narrow divide, presents were exchanged, and in Flanders Fields a century ago, a spontaneous Christmas truce briefly lifted the human spirit. "Not a shot was fired," Lt. Kurt Zehmisch of the 134th Saxony regiment wrote with amazement in his diary that Christmas. On the other side of the front line, Pvt. Few could be believe their eyes, especially on this mud-caked patch of Belgium and northern France where crimson poppies had long ago shriveled in the cold. 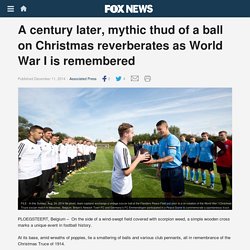 Britain's Newark Town FC and Germany's FC Emmendingen participated in a Peace Game to commemorate a spontaneous truce which happened along the front lines during World War I. (AP Photo/Virginia Mayo, File) (The Associated Press) In this photo taken on Sunday, Aug. 24, 2014 an organizer holds a period soccer ball prior to the start of a Christmas Truce Peace Game soccer match between British team Newark Town FC and German team FC Emmendingen in Messines, Belgium.

Britain's Newark Town FC and Germany's FC Emmendingen participated in a Peace Game to commemorate a spontaneous truce which happened along the front lines during World War I. "Suddenly a Tommy came with a football," wrote Lt. Johannes Niemann of Germany, referring to a British soldier. Daylight Saving Time - Incidents and Anecdotes. Incidents and Anecdotes Throughout its long and fascinating history, daylight saving time has had a remarkable impact on a wide variety of unexpected areas--from Middle East terrorism to feuding twin cities, voter turnout to time-change riots, radio stations to trick-or-treaters, and opera performances to manslaughter charges. 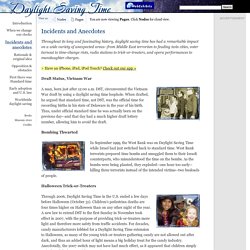 > Have an iPhone, iPad, iPod Touch? Check out our app » Draft Status, Vietnam War A man, born just after 12:00 a.m. Bombing Thwarted In September 1999, the West Bank was on Daylight Saving Time while Israel had just switched back to standard time. Halloween Trick-or-Treaters. 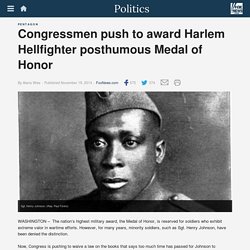 Henry Johnson. (Rep. Paul Tonko) WASHINGTON – The nation’s highest military award, the Medal of Honor, is reserved for soldiers who exhibit extreme valor in wartime efforts. However, for many years, minority soldiers, such as Sgt. Now, Congress is pushing to waive a law on the books that says too much time has passed for Johnson to posthumously receive the award. The bill, introduced to the Senate by Sen. “This is basically legislation that we’ve tried to get passed multiple times… We think that the heroic acts that were demonstrated by this young man decades ago deserve some recognition,” Sean Mager, a representative for Tonko’s office, told FoxNews.com. America in World War I: Crash Course US History #30. Photos of The Great War. It was supposed to be the war to end all war. 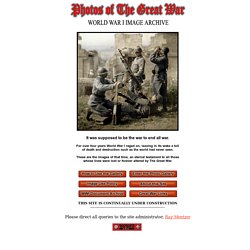 For over four years World War I raged on, leaving in its wake a toll of death and destruction such as the world had never seen. These are the images of that time, an eternal testament to all those whose lives were lost or forever altered by The Great War. First World War.com - A Multimedia History of World War One. Archdukes, Cynicism, and World War I: Crash Course World History #36. Uncle Sam Origins.