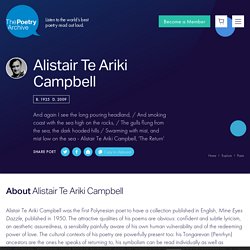 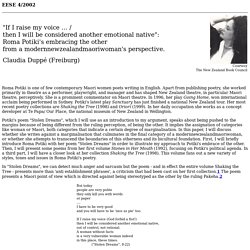 Apart from publishing poetry, she worked primarily in theatre as a performer, playwright, and manager and has shaped New Zealand theatre, in particular Maori theatre, perceptively. She is a prominent commentator on Maori theatre. In 1996, her play Going Home, won international acclaim being performed in Sydney. Potiki's latest play Sanctuary has just finished a national New Zealand tour. Her most recent poetry collections are Shaking the Tree (1998) and Oriori (1999). Trapped in Museums for Centuries, Maori Ancestors Are Coming Home - Atlas Obscura. On a cloudy day in October, Hinemoana Baker walked into a white room at the Ethnological Museum in southwestern Berlin, dressed in all black. 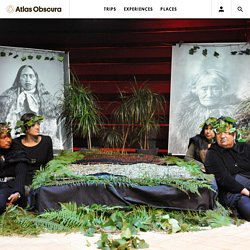 A New Zealand poet and musician, Baker is a descendant of both the island nation’s indigenous Maori people and Europeans. As she entered the room, she began to utter a Karanga, a traditional Maori call, in a poignant, almost weeping sound. Following her were two museum staff, each carrying a paper box. Inside the boxes were what Baker regarded as her ancestors—two mummified and tattooed Maori heads, also called toi moko. As the boxes were laid onto a table covered with a black cloth, Baker turned to address them directly: “We are here to mourn for you and for what’s happened to you,” she sang.

The ceremony marked the handover of the toi moko from the Ethnological Museum to Te Papa, the national museum of New Zealand. Repatriation: why Western museums should return African artefacts. A large number of artefacts held in Western museums and libraries are known to have been appropriated over the ages through conquest and colonialism. 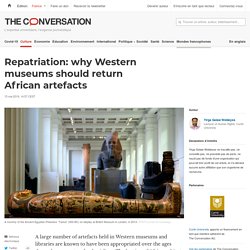 The looting of African objects anthropologists, curators and private collectors took place in war as well as in peaceful times. It was justified as an act of benevolence; as saving dying knowledge. Some museums have started to try and acknowledge that their collections have uncomfortable histories tied to colonial violence. Nevertheless, Britain’s long-standing policy is not to cease ownership over its looted treasures. As then-Prime Minister David Cameron said of Greece’s Elgin Marbles and India’s Koh-i-Noor diamond: Captain Cook's Landing Site and Young Nick's Head. Disney's "Moana" Compared to True Hawaiian Culture. Polynesian and Hawaiian culture has intrigued the Western world for centuries. 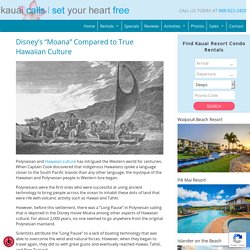 When Captain Cook discovered that indigenous Hawaiians spoke a language closer to the South Pacific Islands than any other language, the mystique of the Hawaiian and Polynesian people in Western lore began. Polynesians were the first ones who were successful at using ancient technology to bring people across the ocean to inhabit these dots of land that were rife with volcanic activity such as Hawaii and Tahiti. However, before this settlement, there was a “Long Pause” in Polynesian sailing that is depicted in the Disney movie Moana among other aspects of Hawaiian culture. For about 2,000 years, no one seemed to go anywhere from the original Polynesian mainland.

Scientists attribute the “Long Pause” to a lack of boating technology that was able to overcome the wind and natural forces. The Polynesians from the Marquesas Islands were the first to reach the Hawaiian Islands, around AD 300 to 600. Iwi - Māori Dictionary. PastWord – Thinking about history and memory from a New Zealand perspective. Moana, Culture Warrior. TheThe blessing is that the island offers all the food, shelter, and comfort that Moana could ever want. 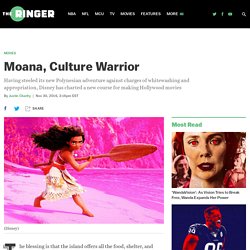 The curse is that Moana’s father, the chief, says she can never sail beyond the reef, which forms the official perimeter of her village’s outreach and imagination. In the new Disney film Moana, our hero — a young woman who will succeed her overprotective father as the chief of a small island called Motunui — sets sail to track down the shipwrecked demigod Maui. Moana must persuade Maui to return home with her, as the green island has succumbed to a dark plague that gradually turns it to black lava dust.

Moana’s roundabout journey of self-discovery is less about personal growth — honestly, she doesn’t have much of a character arc — than it is about the importance of carrying on honorable traditions through successive generations. As an original story that incorporates choice bits of Pacific island culture, Moana is not a faithful dissemination of any single Polynesian myth. Bonus - The Philosophy of Empire - Samuel Hume. HOW NEW ZEALAND WAS COLONIZED - Te Tiriti O Waitangi. Stuff The British Stole. Uncomfortable Oxford.

Chapter One - From Tundras to the Withdrawal of Rome – The British History Podcast. This chapter covers the period from the end of the last Ice Age through to about 410 CE, and you will meet figures such as Julius Caesar, Boudica, and Magnus Maximus. 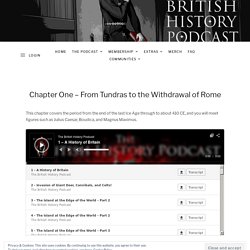 The British History Podcast1 – A History of Britain. Te Ara Encyclopedia of New Zealand. A poem for Whina Cooper – Ngāpuhi. Dame Whina Cooper inspired the famous 1975 march through the Ngāpuhi area to Wellington, to protest against the loss of the tribe’s lands. 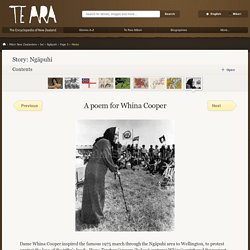 Mark Pirie - Strange Brew: A Personal Reflection on the Poetry of Hone Tuwhare - ka mate ka ora - nzepc. In the early 1990s, when I was first starting out as a poet, the New Zealand poets I most admired were usually the ones who were not only exciting on the page but were also larger than life characters in performance and in the flesh. 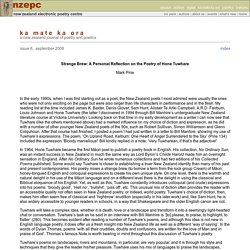 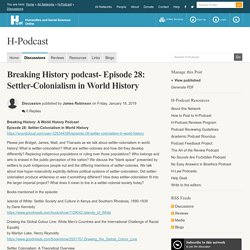 What is settler-colonialism? What are settler-colonies and how did they develop differently? Replacing indigenous populations or ruling over those populations? Who belongs and who is erased in the public perception of the nation? Books mentioned in the episode: An Open Letter from Two Oceanic Story Trust Polynesians. Aloha, Kia Ora, Talofa, Malo e lelei, Before we begin, let us protocol our genealogy. Our names are Kimo Aulani Moana III (aka Junior Boy Jr.) and Lani Aulani Moana (aka Lani Girl). (78) Pinterest. Colonialism was a disaster and the facts prove it. Recently an academic article, asserting the historical benefits of colonialism, created an outcry and a petition with over 10, 000 signatures calling for its removal. The Case for Colonialism, published in Third World Quarterly by Bruce Gilley, argues Western colonialism was both “objectively beneficial and subjectively legitimate” in most places where it existed.

Gilley, an associate professor of political science at Portland State University, claims the solution to poverty and economic underdevelopment in parts of the Global South is to reclaim “colonial modes of governance; by recolonizing some areas; and by creating new Western colonies from scratch.” Understandably, the article faces widespread criticism for whitewashing a horrific history of human rights abuses. Current Affairs compared Gilley’s distortion of history to Holocaust denial.

Read NZ. Tuwhare, Hone (1922–2008), is New Zealand’s most distinguished Maori poet writing in English, and also a playwright and author of short fiction. NZ Wars: Stories of Waitara. Tina Ngata – Dismantling Frameworks of Domination, Rematriating Ways of Being. Her Name Is Pocahontas. If you’re a Native woman, chances are, at some point in your life — or perhaps repeatedly — someone has called you "Pocahontas. " Aotearoa’s Lost Generation - Maori children in state care.

Aotearoa’s Lost Generation Years ago in a small town a Maori boy was caught stealing lollies at the local four square.