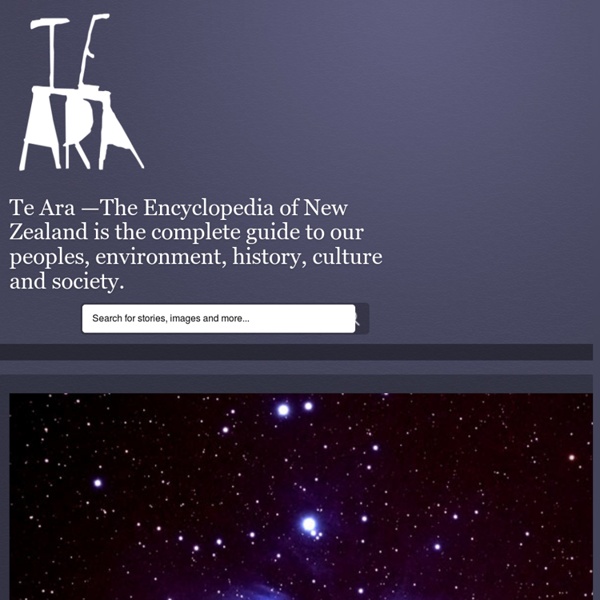 Free, downloadable images from Te Papa's collections A few weeks ago we released an updated version of Collections Online, making images bigger, search results clearer, and easier to use regardless of what device you are using. Today we are extremely happy to let you know about our latest development; over 30,000 images downloadable, for free, in the highest resolution we have them. You can search for and download them at Collections Online. Over 14,000 images are available under a Creative Commons licence CC BY-NC-ND. If you aren’t familiar with Creative Commons it can look a little complicated, but what it means is you can use those images if attribute the image (we help you do that at each download page).

A poem for Whina Cooper – Ngāpuhi Dame Whina Cooper inspired the famous 1975 march through the Ngāpuhi area to Wellington, to protest against the loss of the tribe’s lands. Hone Tuwhare’s poem (below) captures Whina’s spirit and the respect that New Zealanders have for ‘Whāea Whina’. She was also a devout Catholic – hence Tuwhare’s references to Saint Christopher, patron saint of travellers. Rain-maker’s song for Whina I’ll not forget your joints creaking as you climbed into the bus at Victoria Park to bless the journey. NZ's Perverse Ethnic Wealth Gap Comment Pete McKenzie traces Aotearoa's wide - and worsening - wealth gap between ethnic groups back to colonial land confiscation A 16,000-strong mix of imperial and colonial troops invaded the Waikato on July 12, 1863.

Ngā Taonga Sound & Vision Standing on the Shoulders... From Te Puea Hērangi to Lorde, from weavers to war heroes, this exhibition celebrates a diverse range of women, as well as showcasing the breadth of material in our collections of archived radio, television and film. Impressions of Katherine Mansfield Take a tour through items drawn from our audiovisual collections that shine a light on the wonderful legacy of Katherine Mansfield. The three themes of our exhibition cover her work, family and friends and her legacy.

Mark Pirie - Strange Brew: A Personal Reflection on the Poetry of Hone Tuwhare - ka mate ka ora - nzepc In the early 1990s, when I was first starting out as a poet, the New Zealand poets I most admired were usually the ones who were not only exciting on the page but were also larger than life characters in performance and in the flesh. My reading list at the time included James K. Baxter, Denis Glover, Sam Hunt, Alistair Te Ariki Campbell, A.R.D. Fairburn, Louis Johnson and Hone Tuwhare (the latter I discovered in 1994 through Bill Manhire’s undergraduate New Zealand literature course at Victoria University). Looking back on that time in my early development as a writer I can now see that Tuwhare (like the others mentioned above) had a marked influence on my choice of diction and expression, as he did with a number of other younger New Zealand poets of the 90s, such as Robert Sullivan, Simon Williamson and Glenn Colquhoun. After that course had finished, I posted a poem I had just written in a letter to Bill Manhire, showing my use of Tuwhare’s expressions.

The Single Object: The chainsaw heard across Aotearoa Māori activist Mike Smith’s chainsaw attack on the lone pine tree atop Maungakiekie / One Tree Hill was one of the most memorable New Zealand news stories of the 1990s. In this episode of The Single Object, he explains why he did it. Late one October night in 1994, nearby residents heard the unmistakable sound of a chainsaw coming from Auckland’s Maungakiekie / One Tree Hill. Moments earlier, activist Mike Smith had approached a car full of teenagers parked on the summit. “You’re in a dangerous place here,” he warned them.

Ti Titirti O Waitangi - Interactive site Within 44 years, 18 million acres of New Zealand land passed from the purview of one group of people into the hands of scores of others. Some of the new owners were not in the country yet. Eighteen million acres represents more than a quarter of the entire land mass of New Zealand. Or about 67 Aucklands. Breaking History podcast- Episode 28: Settler-Colonialism in World History Breaking History: A World History PodcastEpisode 28: Settler-Colonialism in World Please join Bridget, James, Matt, and Thanasis as we talk about settler-colonialism in world history! What is settler-colonialism? What are settler-colonies and how did they develop differently?

White ribbon-magazine of the New Zealand Women’s Christian Temperance Movement White Ribbon: for God, Home, and Humanity was the magazine of the New Zealand Women’s Christian Temperance Movement (NZWCTU). The NZWCTU started in 1885, following the American movement that began in the United States in late 1873 and 1874. Alcohol was seen to be the cause of a number of social problems, such as poverty and violence, which impacted particularly on women. Chapter One - From Tundras to the Withdrawal of Rome – The British History Podcast This chapter covers the period from the end of the last Ice Age through to about 410 CE, and you will meet figures such as Julius Caesar, Boudica, and Magnus Maximus. The British History Podcast1 – A History of Britain 1 – A History of BritainThe British History Podcast Transcript2 – Invasion of Giant Deer, Cannibals, and Celts! Copy and paste this code to your site to embed.

Moana, Culture Warrior TheThe blessing is that the island offers all the food, shelter, and comfort that Moana could ever want. The curse is that Moana’s father, the chief, says she can never sail beyond the reef, which forms the official perimeter of her village’s outreach and imagination. In the new Disney film Moana, our hero — a young woman who will succeed her overprotective father as the chief of a small island called Motunui — sets sail to track down the shipwrecked demigod Maui. Moana must persuade Maui to return home with her, as the green island has succumbed to a dark plague that gradually turns it to black lava dust. Moana’s roundabout journey of self-discovery is less about personal growth — honestly, she doesn’t have much of a character arc — than it is about the importance of carrying on honorable traditions through successive generations.

Disney's "Moana" Compared to True Hawaiian Culture Polynesian and Hawaiian culture has intrigued the Western world for centuries. When Captain Cook discovered that indigenous Hawaiians spoke a language closer to the South Pacific Islands than any other language, the mystique of the Hawaiian and Polynesian people in Western lore began. Polynesians were the first ones who were successful at using ancient technology to bring people across the ocean to inhabit these dots of land that were rife with volcanic activity such as Hawaii and Tahiti. However, before this settlement, there was a “Long Pause” in Polynesian sailing that is depicted in the Disney movie Moana among other aspects of Hawaiian culture. For about 2,000 years, no one seemed to go anywhere from the original Polynesian mainland.