Rhetorical Figures in Sound: Symploce. Charlotte Higgins says one of the most interesting aspects of Barack Obama's speeches is the enormous debt they owe to the oratory of the Romans. In the run-up to the US presidential election, the online magazine Slate ran a series of dictionary definitions of "Obamaisms". 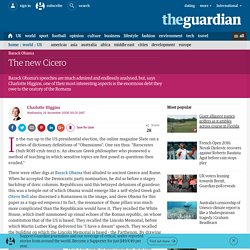 One ran thus: "Barocrates (buh-ROH-cruh-teez) n. An obscure Greek philosopher who pioneered a method of teaching in which sensitive topics are first posed as questions then evaded. " There were other digs at Barack Obama that alluded to ancient Greece and Rome. Wistia Hub. How to Write a Speech (with Sample Speeches) 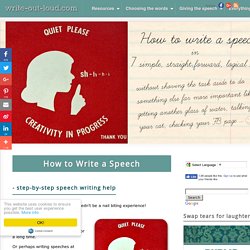 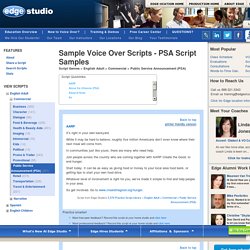 The destruction was unimaginable. Even the capitol building lies in ruins. Rubble is everywhere and people are still digging out. A quarter million dead, countless injured. Buildings, schools, and homes leveled to the ground. Main Section. Voice Over Sample Scripts. (NOTE: If you're an agency or producer needing copywriting assistance, see our notes on writing voice over copy.) 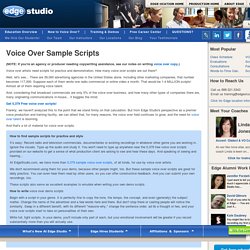 Voice over artists need scripts for practice and demonstration. How many voice over scripts are out there? Well, let's see... There are 39,000 advertising agencies in the United States alone. Albert Mehrabian. Albert Mehrabian (born 1939 in an Armenian family in Iran), currently Professor Emeritus of Psychology, UCLA, has become known best by his publications on the relative importance of verbal and nonverbal messages. 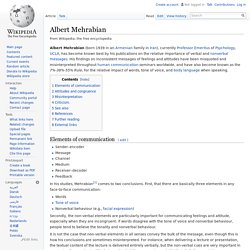 His findings on inconsistent messages of feelings and attitudes have been misquoted and misinterpreted throughout human communication seminars worldwide, and have also become known as the 7%-38%-55% Rule, for the relative impact of words, tone of voice, and body language when speaking. Elements of communication[edit] Guide to Discussion Skills. Asking questions and joining in discussions are important skills for university study. 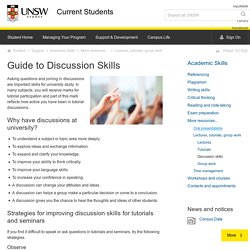 Mark Bowden: 10 Body Language Hacks That Instantly Boost Your State Of Mind. Body Language Expert Mark Bowden at TEDxToronto - The Importance Of Being Inauthentic. Make Body Language Your Superpower. The Human Voice. Words, words, words. Talks to help you be a better listener. Before public speaking…

Make a stunning animated video. In minutes. Chegg eReader. Simon Sinek: How great leaders inspire action. Amy Cuddy: Your body language shapes who you are. Online Debate Community. Don't Eat Anything With A Face. For The Motion Dr. 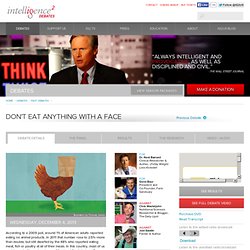 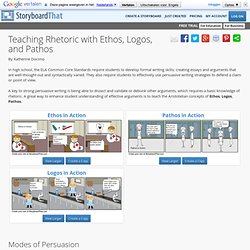 They also require students to effectively use persuasive writing strategies to defend a claim or point of view. A key to strong persuasive writing is being able to dissect and validate or debunk other arguments, which requires a basic knowledge of rhetoric. A great way to enhance student understanding of effective arguments is to teach the Aristotelian concepts of Ethos, Logos, Pathos. Draft a strong conclusion. 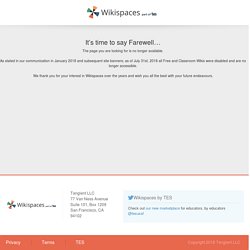 The different taxonomical levels can be viewed individually via the navigation bar or below this introduction as embedded pages. This is an update to Bloom's Revised Taxonomy which attempts to account for the new behaviours and actions emerging as technology advances and becomes more ubiquitous. Bloom's Revised Taxonomy describes many traditional classroom practices, behaviours and actions, but does not account for the new processes and actions associated with Web 2.0 technologies, infowhelm (the exponential growth in information), increasing ubiquitous personal technologies or cloud computing.Bloom's Digital Taxonomy isn't about the tools or technologies rather it is about using these to facilitate learning.

Outcomes on rubrics are measured by competence of use and most importantly the quality of the process or product. For example. Key Resources This infographic links Blooms Digital Taxonomy to the communication spectrum. Applying. Liberal Studies Course.