When A Bully is President - Reflection Press. Self-Care for Kids! 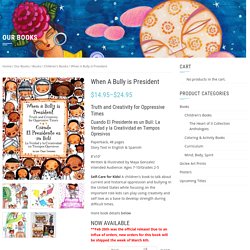 8 Steps Toward Building Indispensability (Instead of Disposability) Culture. What Do You Know, Feminism Really DOES Work. By Pamela Haag A fascinating study that is monumental in its research scope and ambitions is published in the fall American Political Science Review, the flagship scholarly journal for the discipline. 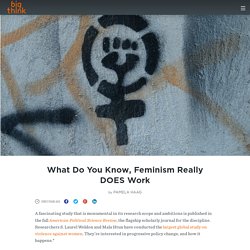 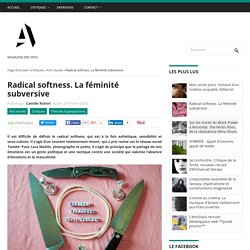 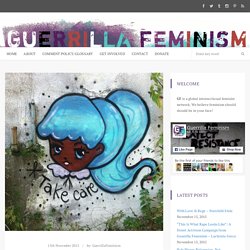 I currently make a living as an artist, and let’s be honest, it is not easy. I am a very soft, angry thing. With Love & Rage – Starchild Stela. An Example of Successful Community Intervention. There’s something undeniably important in celebrating community victories in activism. 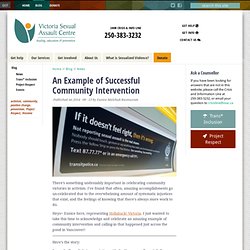 I’ve found that often, amazing accomplishments go un-celebrated due to the overwhelming amount of systematic injustices that exist, and the feelings of knowing that there’s always more work to do. Heyo~ Eunice here, representing Hollaback! Musings of an Inappropriate Woman.

23 Awesome Feminist Digital Campaigns That Changed the World. It's always funny to see politicians run a campaign as if female voters don't represent a majority of voters (news flash: they do). 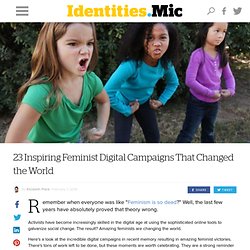 The latest to ignore this important fact was Ken Cuccinelli, the Republican candidate to run for governor in Virginia. Standing for notoriously anti-woman policies didn't only cost him a couples of votes, it ended up costing him the election. Planned Parenthood was one of the most uniting forces in the quest to get voters informed about his problematic positions on women. Rencontre avec Marjorie de la Revengeance des Duchesses. La Revengeance des duchesses, 2014 Stadacona a rencontré Marjorie Champagne de la revengeance des Duchesses. 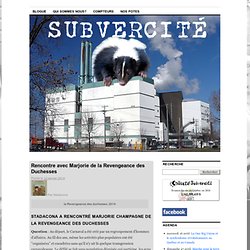 We don’t need this feminism. This past week, feminism took a short trip to McGill. 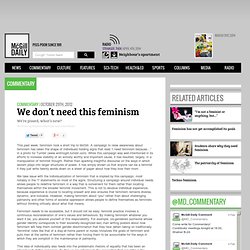 A campaign to raise awareness about feminism has taken the shape of individuals holding signs that read “I need feminism because…” in a photo for Tumblr (www.wnfmcgill.tumblr.com). While this campaign was well-intentioned in its efforts to increase visibility of an entirely worthy and important cause, it has resulted, largely, in a manipulation of feminist thought. Rather than sparking insightful discourse on the ways in which sexism plays into larger structures of power, it has simply shown us that anyone can be a feminist if they just write twenty words down on a sheet of paper about how they love their mom. 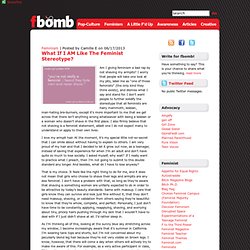 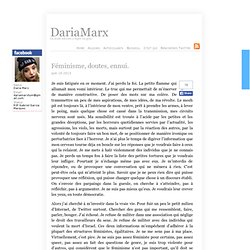 Toronto area collective of street medics. Étudiante et féministe : réflexions croisées (contribution spéciale) A Thank You to Courtney Martin. I was just like any college girl. Dazed and confused. Not like the movie, but in regards to life and what I wanted to do. I was a junior in college and had no idea what I wanted to do in life. Homme et féminisme. A Letter to Male Activists « sisters of resistance. This letter arose from a specific set of experiences within the activist community but has wider political implications. We are aware of the fact that many men will find it difficult to read. Les boysclub, la séduction et la politique « POL-2.0. Occupy Turns One: Women Are the Many, Not the Few. As the Occupy movement celebrates its first anniversary, we revisit an article from the Winter 2012 issue of Ms. magazine.

Here’s an excerpt: In a few short months, Occupy grew from a small New York City encampment protesting corporate influence and Wall Street greed, to a populist movement with more than 2,500 incarnations around the U.S. and the rapt attention of a nation. By the end of 2011, Time had named “the protester” its person of the year, linguists had pronounced occupy the word of the year, and pundits had declared that Occupy had already succeeded in its mission.

Women have been an integral part of the phenomenon from the beginning, grabbing cardboard boxes and blankets and camping out in New York’s Zuccotti Park that first night in September. The first protesters to get national attention were a group of young women who were caught on video being pepper-sprayed by the New York Police Department. Another major Occupy issue has been home foreclosures.