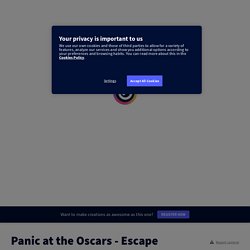 Limoges) You are invited tothe 91st Academy Awards Red carpet : 6:30pm 6801 Hollywood Blvd, HollywoodCA 90028 Click on your destination ! Welcome to But where is Hollywood exactly? Los Angeles San Francisco Sacramento San Diego THE 91stACADEMY AWARDS You are having a wonderful time and the ceremony is going very well.Everybody looks so elegant and happyto be here! It is 8:30 pm and the ceremony is almost over. Twenty Academy Awards have beenpresented. There are only four left. Everybody is excited and impatient! The 4 envelopes containingthe name of the last four winnersare MISSING andimpossible to find! Solve the riddles, give the names to the organizersandsave the ceremony ! 1. Click on the Oscar BEST SOUNDTRACK: the Oscar goes to: "Shallow" "All the Stars" "The Place Where Lost Things Go" "When a Cowboy Trades his Spurs" "I'll Fight" BEST DIRECTOR: the Oscar goes to: Alfonson Cuaron Spike Lee Pawel Pawlikowski YorgosLanthimos Adam McKay BEST ACTOR: the Oscar goes to: Rami Malek. 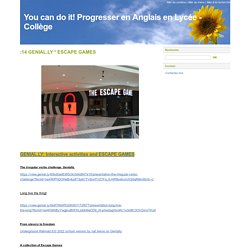 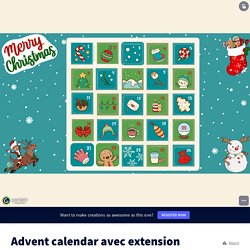 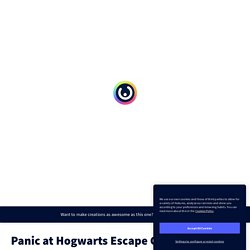 ,Panic at Hogwarts ! ,Escape Game by Anne-Sophie Charrière (ac-Versailles),What time is it ? No one knows ! Speak to Dumbledore to discover the problem. WHERE IS BRIAN ? WHEN IS BRIAN? The Aboriginal people by abnat02 on Genially. The Aboriginal people,START,ESCAPE GAME Find the numbers to crack the code! 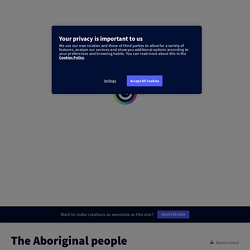 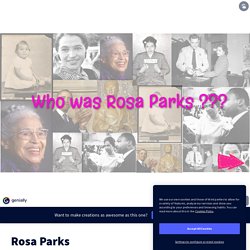 ","People of different colours could not eat at the same restaurants. ",ce que les gensne pouvaient pasfaire:,ce que les gensdevaientfaire:,"Rosa had to walk to school. " Tongue Twisters by Miss Meinrad on Genially. Mancala in the Classroom. Towards the end of the school year, games are more important than ever in my classroom. 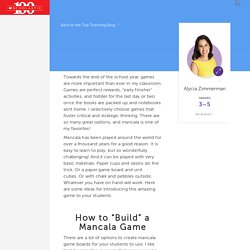 Games are perfect rewards, “early finisher” activities, and fodder for the last day or two once the books are packed up and notebooks sent home. I selectively choose games that foster critical and strategic thinking. There are so many great options, and mancala is one of my favorites! Mancala has been played around the world for over a thousand years for a good reason. It is easy to learn to play, but so wonderfully challenging! How to “Build” a Mancala Game There are a lot of options to create mancala game boards for your students to use. One year, my students brought in egg cartons that we painted and turned into mancala game boards. Another option is to cut down small paper cups to about an inch high and glue or tape them to a cardboard base.